Which is the best energy drink to get you through revision?

We took one for the team and tried them all

Productive revision is all about exchanging the poison you usually shove down your gullets on a night out with poison designed to keep you focused.

There are too many energy drinks out there to chose from, and which one is actually going to be the most productive in your hour of need?

This can be found in one of the corners of Aldi, like they’re ashamed to stock it. Sure it’s so similar to Red Bull it might as well start sponsoring Formula 1 cars and record-breaking freefalls, but this is the budget version, so sponsoring boxcar racing and taking the stairs two at a time is probably more their range. 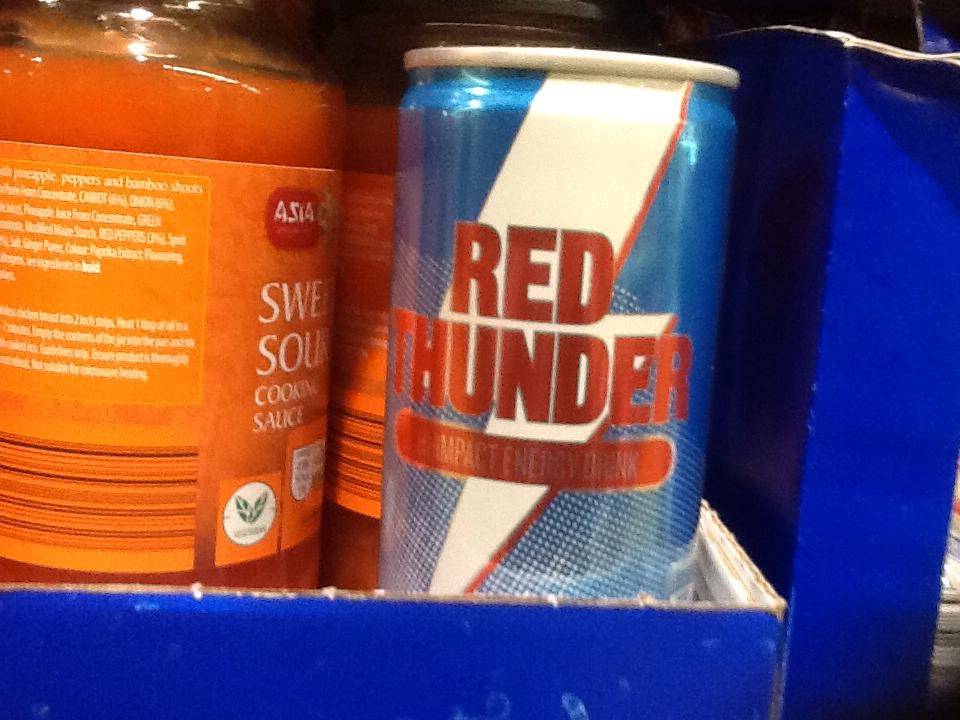 This drink could be worse. It gave me a nice buzz and tasted okay, by energy drink standards. 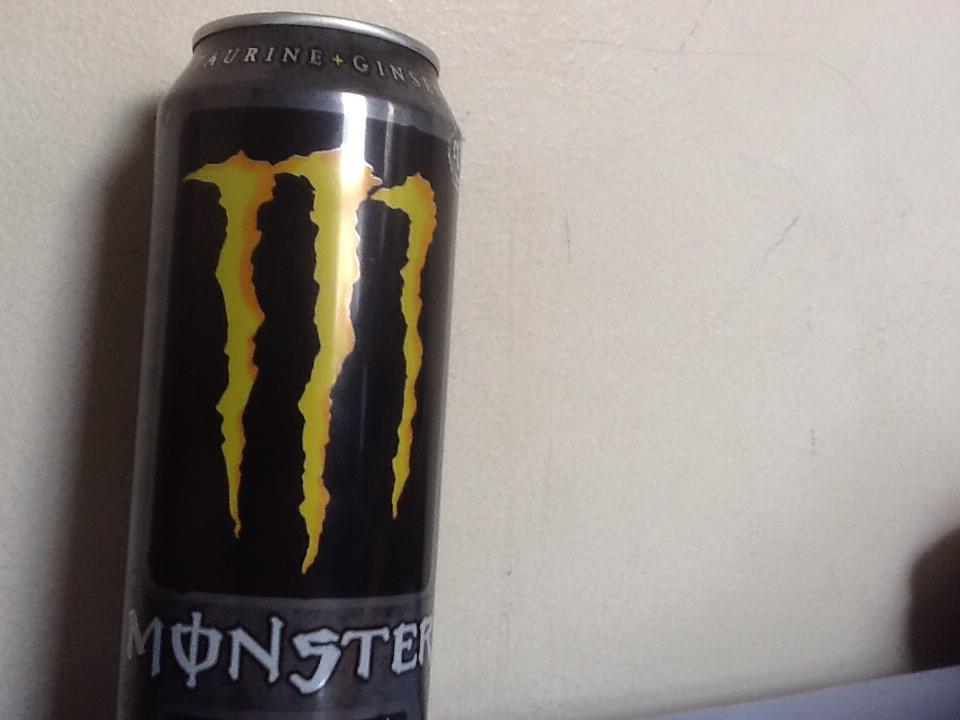 Hell, I was torn between Monster: Laser Energy Shark Rocket Power Blast, and Monster: Massively Overcompensating. Eventually I went for Monster: Ripper, because it says it is inspired by “magical smells in the air”, which is something no sane man has ever claimed. 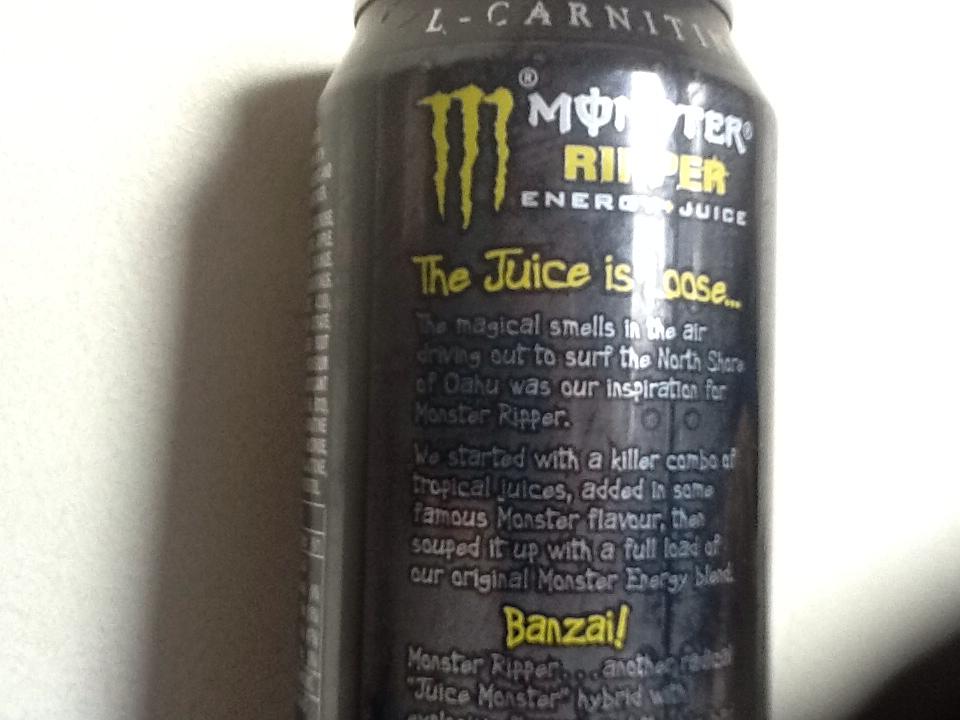 Actually, it tasted really good, and it gave me enough energy to rival the sun.

Available from most corner shops, this drink will give you brief bursts of energy. Okay, it’ll also give you a desperate desire to eat Roosters and hump the sofa cushions, but still. And sure, your attention span decreases at roughly the same rate your desire to sing rugby songs out of tune increases.

The taste may be a barrier but it shouldn’t be. After all, you’re getting wasted. It’s everyone else in the library who has to deal with the smell and swaying coming from your corner. 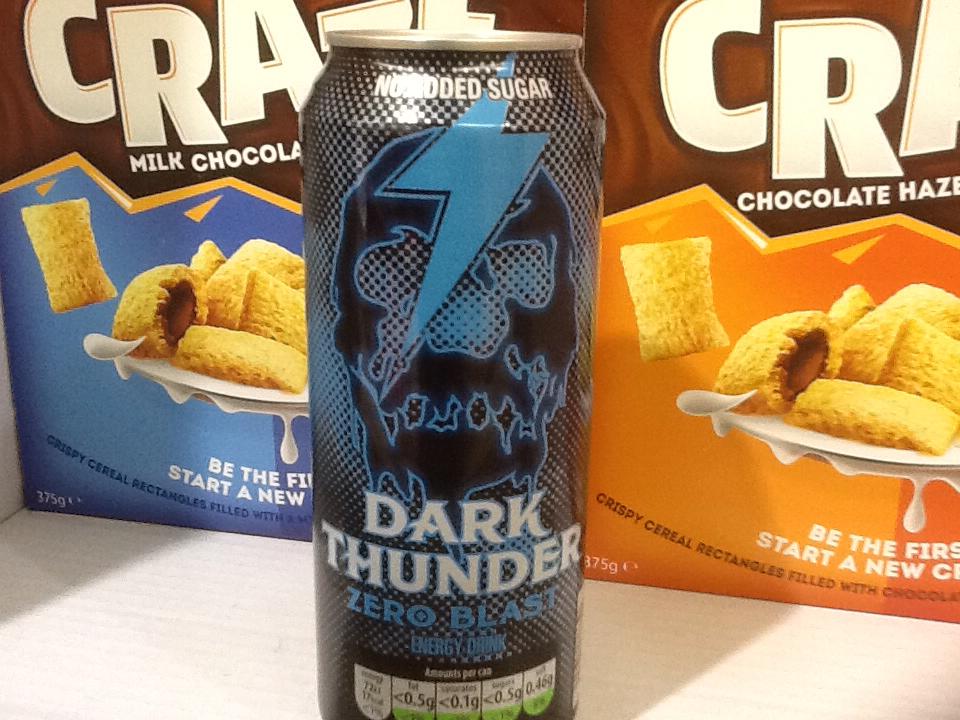 Despite sounding like a sequel to Thor, this is Red Thunder’s Emo cousin. Available next to Red Thunder in Aldi it’s pretty much the same. It’s Red Thunder desperately trying to be cool.

This one isn’t available locally. In fact, unless you have time for a quick trip to Vaujany, France, then this one is going to be out of your reach. But I just HAD to show one the cover of this drink. Look, it has a rabbit fucking a dog. Look… 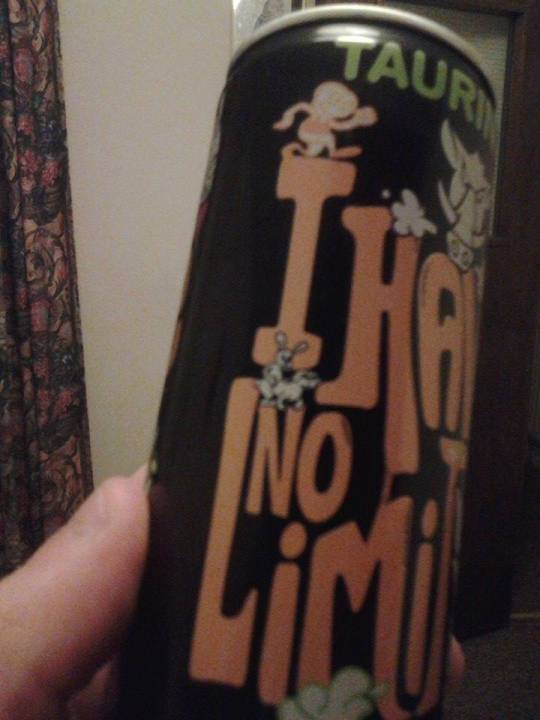 Jesus, that’s how you sell a product. I’d buy PG Tips in a heartbeat if they showed the monkey fucking the Andrex puppy. They could even run a competition as to what their slogan should be: “Ooooh, Monkey” or “Buy them or he’ll teabag you” or “Just the PG tip”. 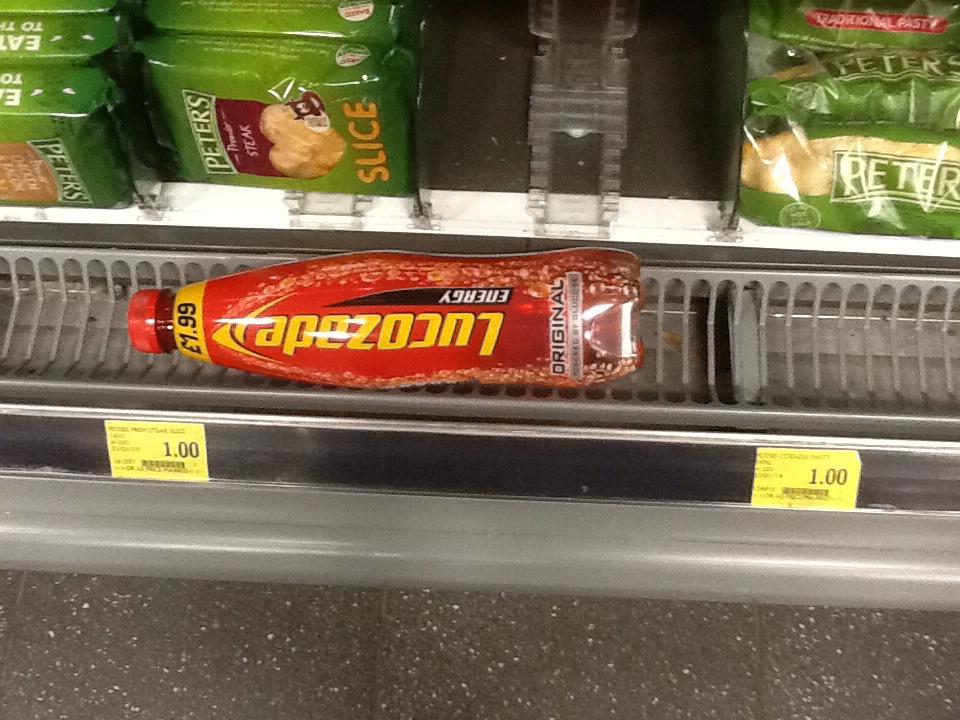 Light, breezy and fun. I definitely recommend. It’s honest if nothing else, and it knows it can sell itself. It has a reputation. It has heritage. It has pedigree. It’s nice to see a product sold on its own merits which doesn’t need to rely on advertising manipulation.