The students were left fearing for their lives

A police officer at the scene remarked that the crime was one of the worst he had scene in the area.

Seven female students were ambushed by a gang of armed thugs at approximately 3am on Wednesday morning.

Several of the girls had recently returned home from a night out at Players Bar on Broad Street, when 4 males burst into the house via an unlocked front door.

All 4 men were all armed with knives, and threatened to kill the students should they fail to hand over their possessions.

The victims described the robbers as young, aged in their mid twenties, three white, one black. 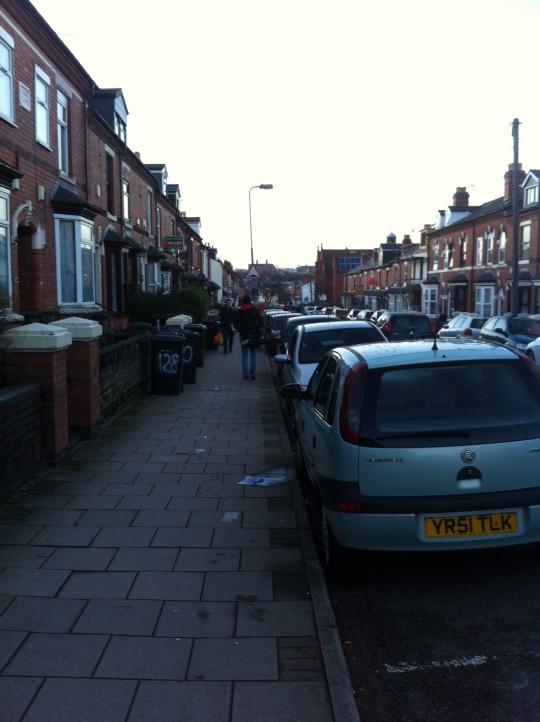 The street on which the remaining students were held at knifepoint

Two of the girls, who were in the lounge area at the time of the robbery, were held at knifepoint by one of the men, while the other three proceeded to comb the house, stealing an iPad, 6 laptops, 3 phones and several other electrical items.

They then proceeded upstairs, where two of female students had fallen asleep, only to wake to the men threatening them in a similar fashion.

One of the girls managed to save her laptop, after pleading with the gang not to take it because it contained her dissertation material.

The armed gang then proceeded to flee the house but were confronted by the remaining three students as they returning to the property 5 minutes later.

They too were threatened and forced to hand over their possessions in the middle of the street.

One student, who wishes to remain anonymous, said: “I was told to hand over my phone, or they would ‘cut me’.”

Once all the remaining three students had handed over their possessions, the robbers took flight, reportedly heading south towards Dawlish Road. 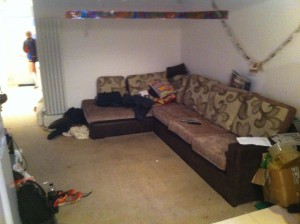 The sofa where two of the girls were held at knifepoint

Speaking to The Tab, one of the victims spoke of her ordeal.

“What was supposed to be a great night out, turned into our worst nightmare, I am not scared easily, but right now none of us want to be in the house,” she said.

“We’re traumatised by what happened. I’ve tried to get on with my university work but I can’t concentrate. I keep picturing the knife being held against my chest.

“We are all very shaken.” 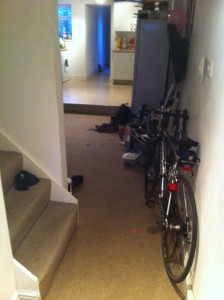 The University is currently providing welfare support to the girls, including two who are receiving additional counselling.

“Police presence in the area has been increased in response to the incident and we are doing all that we can to support the girls whilst trying to find those responsible.

“In regards to the recent rise in crime, student should remain calm.

“This is only a temporary increase. Crime in Selly Oak is still at its all time lowest level.

“We are working as hard as we can with the University and the Guild to keep students safe.”

Please contact the police on 101 if you have any information