Students barricade themselves into the Aston Webb Building in protest

The group demand in a statement that “David Eastwood and the University of Birmingham should publicly take back their position that fees should be increased and that bursaries should be cut.”

The group claim “we’re not planning on going anywhere anytime soon”, and are well stocked, boasting a selection of pastas and even some Nutella. 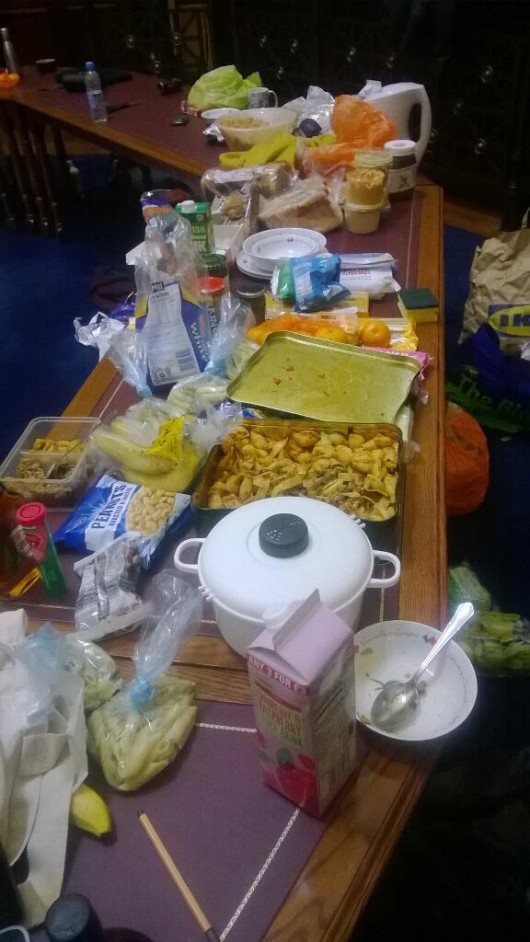 They have barricaded themselves in the dome, apparently in the interests of the students at large, claiming that university officials currently “…have total unaccountable power to harm our interests within the university and lobby against our interests outside it.”

The group tweeted this picture, which received a confused response from some students. 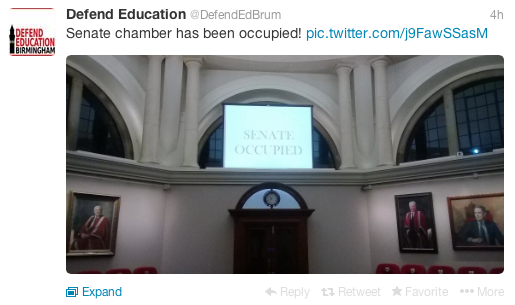 One tweeter suggested the timing may have been off.

Another went a bit further.

Not deterred, they claimed there was no way they would get bored. Claiming a rather grandiose “media storm” to coordinate…

The only storm we saw was the bitterly cold one we stood in trying to get photos.

But they have got backing from non-Birmingham students. 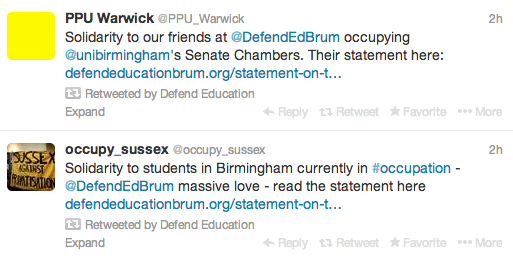 The Defend Education group are not unfamiliar with this kind of aggressive action, and can be seen here supporting staff in the recent strike action.

The University have issued a press release stating that “We are particularly concerned that the actions of this small number of students is diverting safety and security resources and potentially diminishing the safety of our 28000 other students.”

As the group holds the very crucible of our education hostage, the Tab will bring you more as this story unfolds.