Yesterday morning a change.org petition was started to remove pro-life protesters from the grounds of Queen's University. This comes after the introduction of legal and safe abortions for the first time ever in Northern Ireland.

Since the launch yesterday, the petition has gained over 2900 signatures.

QUB Pro-Life Society have positioned themselves in front of the campus holding up signs that show their disdain over the new law.

Some signs showed graphics images, and others had slogans such as "not in our name".

The creator of the petition said: "I am baffled as to how Queen's University, a prestigious university, is allowing this to take place and as to why they'd rather leave female students vulnerable to this agenda instead of putting a stop to it." 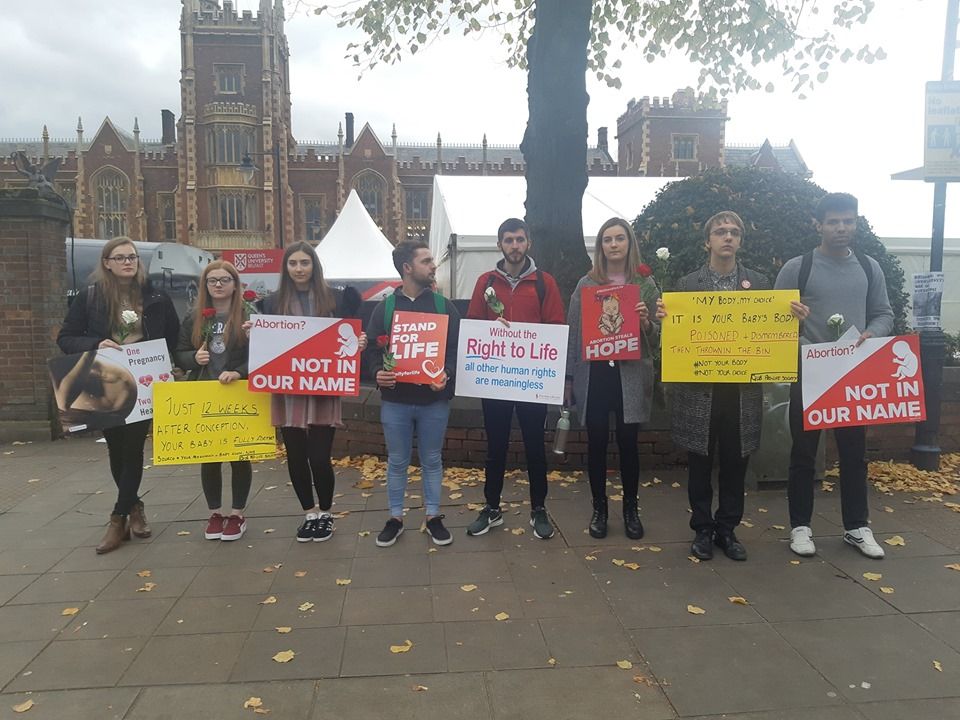 In their own words, the QUB pro-life society are: "A group of students providing a pro-life presence at Queen's University Belfast – promoting a culture of LIFE with the Right to Life being the most fundamental and important HUMAN RIGHT of them all. We must show respect for every human person, from conception to natural death, in order to save lives.

"We provide pro-life material, and educate and inform, with respect to the pro-life position, through documentary screenings, public awareness raising, social activities, networking media, literature and get togethers."

Many supporters have commented under the petition. Some students said: "This is a place for education not politics" and "harassment is not a way to voice your opinion".

Another comment said: "I'm aware that everyone is entitled to their own views and opinions and I fully respect that, however this society is forcing their opinions down people throats via scaremongering. I think it's time that Queens University Belfast took their female students into consideration."

The Belfast Tab has contacted QUB Pro-Life Society for comment.