Oh my God, Love Island has been TAKEN OFF Netflix!!!

HOW CAN THEY DO THIS

In what can only be described as heartbreaking news, Love Island has been taken off Netflix. The days of being able to binge Love Island on Netflix while waiting for the new season, are over.

Seasons one and two of the ITV2 show were available to stream on the site, but as of yesterday, they are not available on Netflix anymore. Fans are obviously distraught, as a lot were catching up on old seasons before the new one starts. Love Island 2019 is expected to start at the beginning of June.

There's now nothing to fill our Love Island void until then, and tbh it's not ok.

So I started to watch season 2 of love island the other day, i came back home to find out that Netflix had taken it off, was on a proper cliffhanger aswell #fume

Half way through rewatching love island on Netflix and they’ve taken it off???? Sorry but that’s just pure rude

Why was Love Island taken off Netflix?

Netflix UK, who are actually pretty good at responding to fans' tweets, are yet to respond to people asking why it was taken down.

Love Island season one and two was put on Netflix on May 1st 2018, so the reason it was taken down is probably because Netflix only bought the rights for a year.

Will Love Island be put back on Netflix?

The Tab has contacted ITV to see if Love Island will be back on Netflix, but they are yet to comment.

How can you watch old series of Love Island online?

Previous series' of Love Island had also been uploaded back onto the ITVHub for us to feast on, but those are also unavailable right now. It looks like ITV are starving us of it until the new series – and it's working. 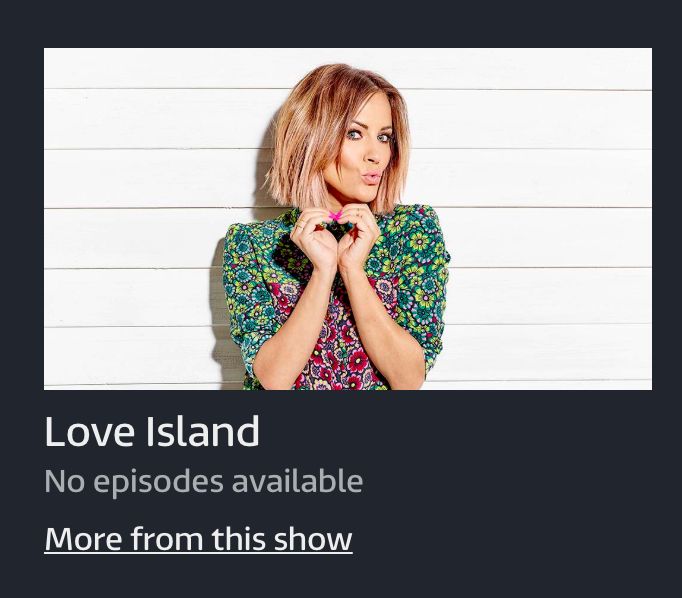 Love Island has been taken off ITVHub too

There is already lots of gossip surrounding Love Island 2019. Last week, Caroline Flack announced they were starting filming, there are already rumoured contestants, and Rochelle Humes' sister Soph Piper is apparently 'in advance talks' with producers about appearing in the line-up.

You can't watch Love Island on Netflix anymore, but here are the wildest Love Island moments EVER. You're welcome.