They are part of climate activist group Extinction Rebellion

Extinction Rebellion, a climate activist group with many York student members, took action against "fast fashion" by staging a disruptive "mass die in" event at the entrance of York Designer Outlet.

The protest was against "fast fashion" to highlight the devastating effects it has upon the planet.

Students laid at the entrance of the shopping centre playing dead, had banner drops and caused disruption through a megaphone and using drums.

Extinction Rebellion are a project run by direct action group Rising Up. The York branch caused disruption in the city centre three months ago. 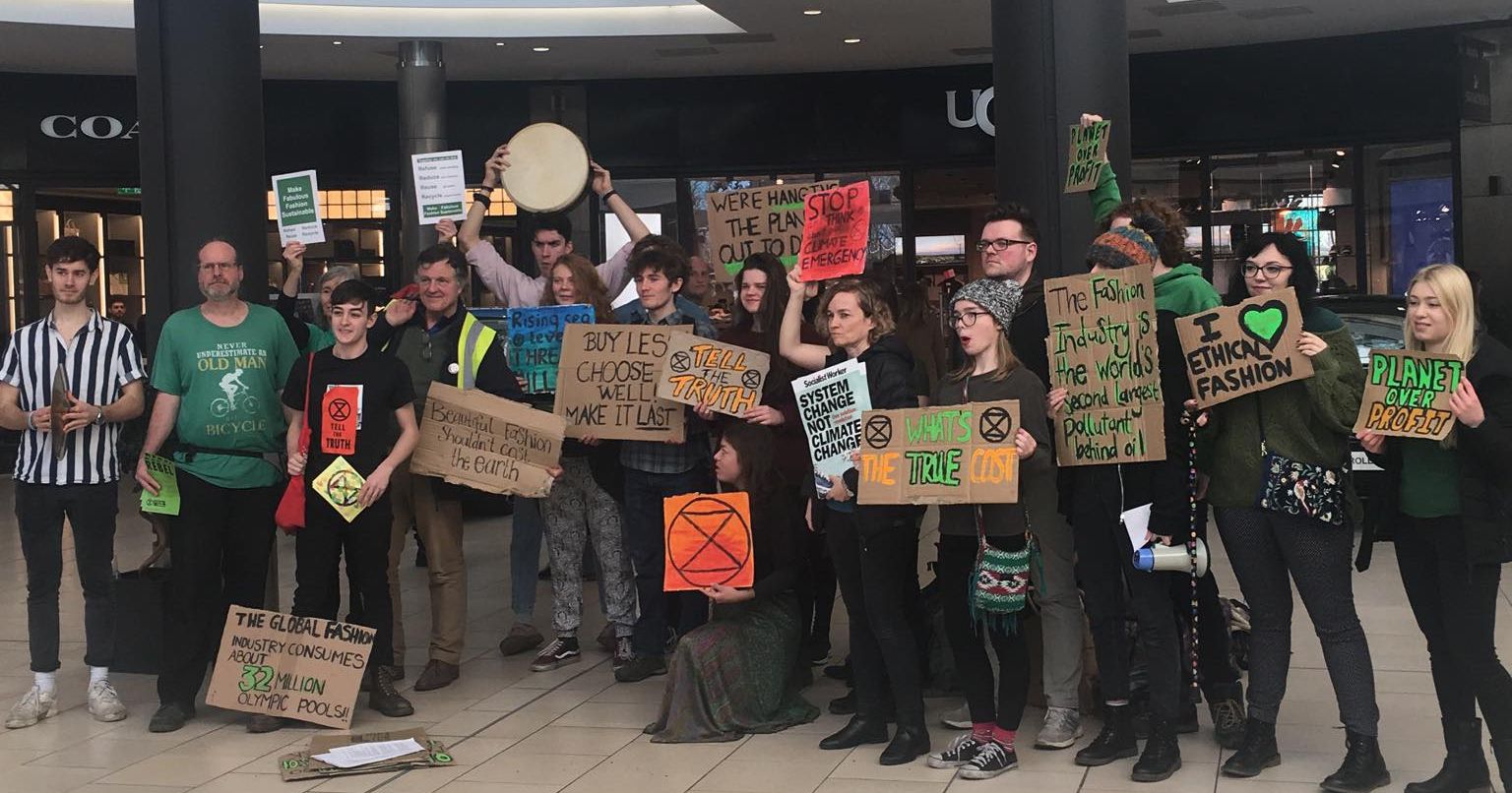 Mark Matthews, co-coordinator of the project and currently running for YUSU Environment and Ethics officer said: "The fast fashion industry is one of many industries contributing to the climate crisis. We are living in an age of climate emergency, and yet we continue to act as if nothing is wrong.

"We call upon people to join our rebellion, as the people truly do have the power to create a better world that doesn’t lead to the destruction of society and the living planet." 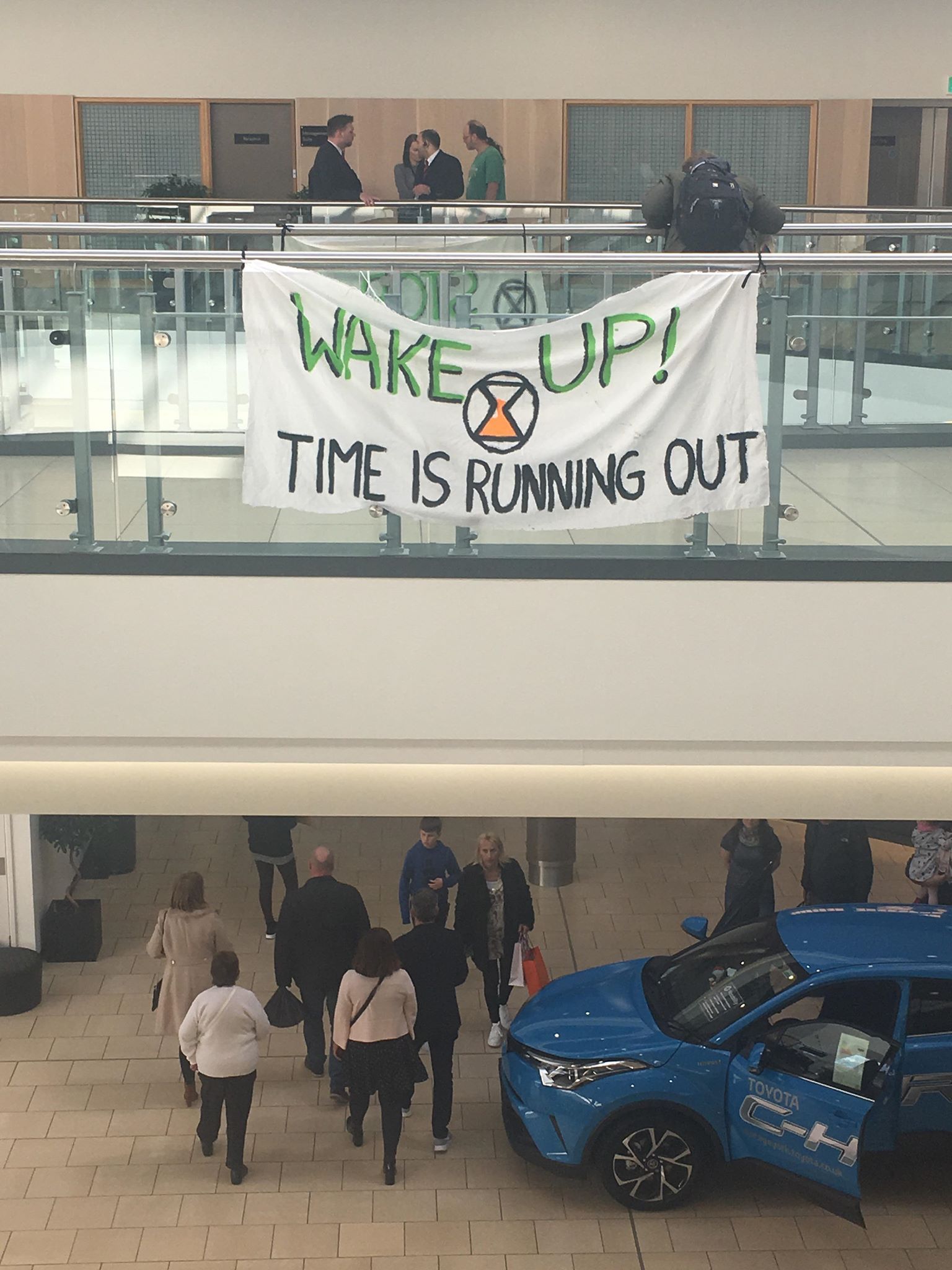 One banner hanging from the food court

Another student, Hannah Davis, said: "Today we stood up to the fast fashion industry, and took action for our future. We can no longer sit by and watch our planet and futures be destroyed by industries driven by profit".

Whilst students and other protesters staged this action, security from the designer outlet attempted to intervene. 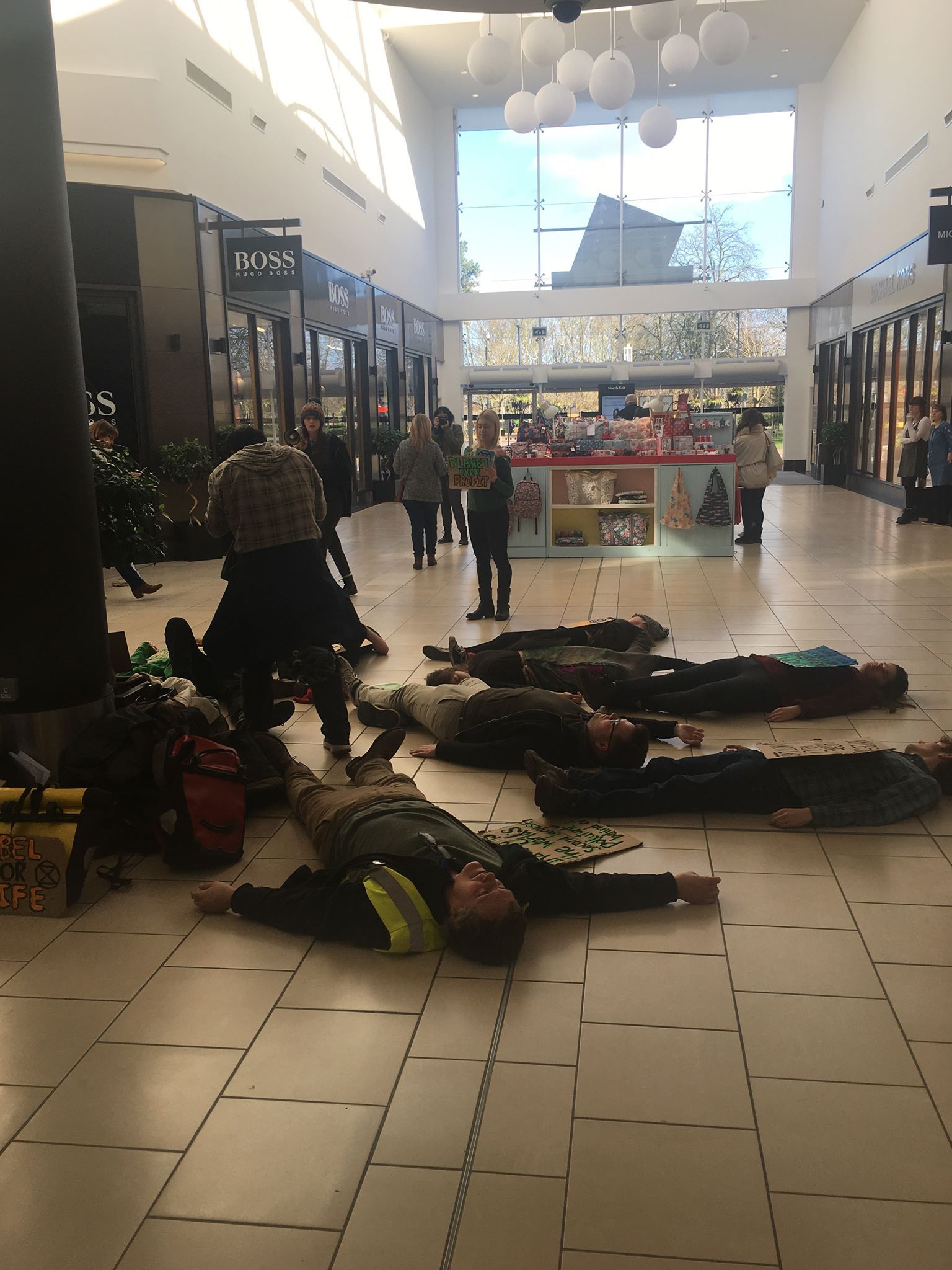 Merry Dickinson, a York student, co-coordinator of XR York and running jointly with Mark for Environment and Ethics officer at YUSU told The Tab: "Today's action highlighted the fact that the fast fashion industry is entirely incompatible with the survival of our living planet.

"Students have to act, we've tried waiting for governments to act and yet still nothing is changing. We're the generation that doesn't have a choice other than to stand up and force change to happen."