2011 called, they want their headliner back

The YUSU Summer Ball this year will be headlined by the famed singer, rapper and producer Example the man behind ‘Change the Way You Kiss Me’ and ‘Kickstarts’.

While it may appear that YUSU have travelled back in time to everyone’s GCSE summer, his mix of hook-filled guilty pleasure anthems and excitable energy on stage is guaranteed enjoyment. 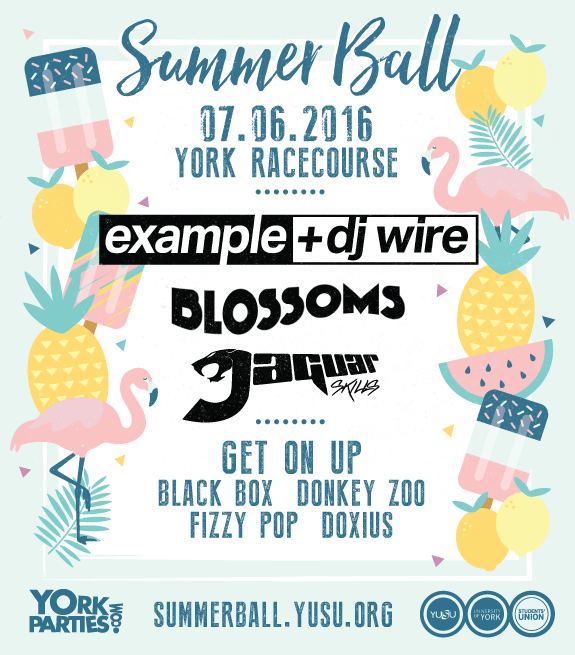 Beneath Example on the bill are Blossoms, a talented indie rock band from Stockport with a range of songs that stretch from psychedelica akin to Arctic Monkeys to Swim Deep-style electropop, with a passing resemblance to the style of The Stone Roses (no, not the bar).

The lineup is completed by elusive, ninja-stylised DJ Jaguar Skills, whose high-energy mixtapes sample diverse artists from Rage Against the Machine to Marvin Gaye via Daft Punk and beg to be heard in a live setting.

Also performing are local jazz-fusion ensemble Donkey Zoo and BlackBox, well known host of various club nights around York. Tickets are still on sale now and can be purchased at the YUSU website.