‘Trash Mondays will pay homage to this iconic moment’

As part of the theme, any takings from guest list entry before 11:11pm will be donated to The Royal British Legion and a there will be "red confetti cannons" throughout the night, as advertised on the Facebook event.

As well as this, any clubber who wears a poppy will get free entry and have their full entry fee donated to The Royal British Legion. 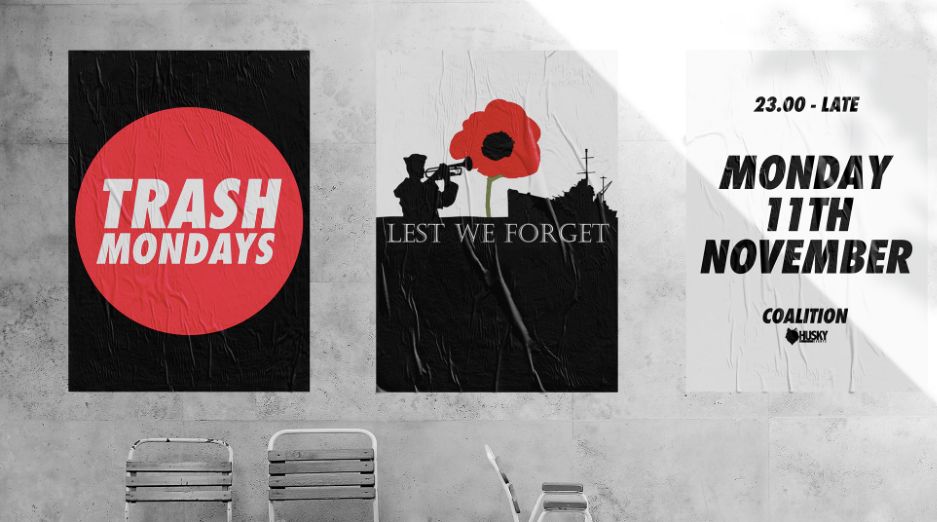 When asked by The Sussex Tab if they thought this was an acceptable way of promoting a club night, Husky Events stated: "It is about supporting charities very close to us, namely raising considerable awareness and supporting the Royal British Legion and the Poppy Appeal."

Husky Events insisted: "It would be disrespectful and unacceptable to theme an event in any way on this day (e.g. a student theme)." 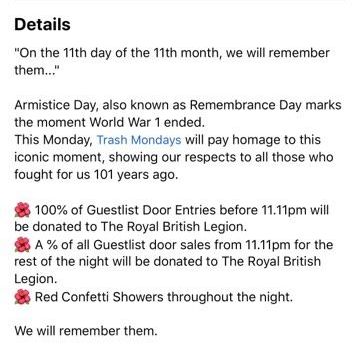 Here is what clubbers should expect this Monday at Coalition.

They added: "The night itself does not have a 'club theme'", despite previously announcing on their Facebook event page "Red Confetti Showers throughout the night." This was consequently removed from Facebook after The Sussex Tab approached Husky Events for a comment.

Husky Events justified their decision by saying that "Monday night is about raising awareness for an important charity.

"It is important that all businesses and individuals, whether operating during the day or night, should be able to honour and pay their respects on such an important day."