An interview with Franko Fraize, the multi-genre MC playing Sheffield next week

“My sound is working class-England over the last 25 years”

Next week (28 January – 3 February) is Independent Venue Week, where specially curated line ups of breakthrough acts will take to the stage across Sheffield's many independent venues.

After supporting Mike Skinner and Reverend and the Makers, getting a shout out from grime pioneer Wiley on Twitter, and releasing dynamic EP 'Lights and Colour' late last year, multi-genre MC Franko Fraize had a chat with us ahead of his gig with Lady Bird at Record Junkee on Wednesday.

For people who’ve not listened, how would you describe your sound?

When did you first realise music was what you wanted to do?

I think a lot of my trouble is that I’m very humble about everything, but it really was the humbleness that made me realise something was special. I wanted to make music for something that related something to my hometown. I made music for my hometown and it resonated with me, but then when people like BBC Norfolk and got onto it, and people like Zane Lowe came into it, I felt like I’m just trying to do something for the people round my way. To get that held up by platforms outside of my town made me think "you know what, this has got legs."

You’ve been in the game a few years, what’s it been like overall?

Again, not to blow my own trumpet but I think where I come into this is from a very working-class environment and I already had a job so I weren’t on the dole. I had a job, I had a son already. It was like when music started going well, it feels like I’ve played everything in front of me like a blessing, rather than something that defined me.

The fact there was only one single at Polydor, it just kept me thinking "what a beautiful blessing" and off the back of that I played Reading. Using the Polydor single as like a levelling point, from there I’ve done so many things. Getting Wiley to shout me out, the geezer who invented grime shouting me out on Twitter. It goes back to me thinking if I’ve had led the downfalls of each highlight define any of it, there’d never have been another one.

I’ve never come into it and thought "this is what happens, I expect this next", and I think it’s an important thing. Don’t let me any low define you, the same you can’t let any high define you. Cos we’re living in an environment where you can get the biggest Spotify playlist today, then you can have nothing, so you can’t let any of this define you. You’ve got to know what you are, know what you’re doing and keep that love and belief in what you’re doing.

How are you feeling about playing Sheffield?

I tell you what, I’m absolutely buzzing for it. Before I got into music I’d never really been around the country, never been up north, never been anywhere to be honest with you. For me, going on the first tour it was amazing, going Manchester and Sheffield and that, and I’ve honestly found when you go up north the culture is very much like the working class.

Sheffield especially came off to me like that. Everywhere I went in the pubs. With Sheffield the culture of people is just beautiful. I've been there twice and every time people have been right up for it. They love their music, they’re beautiful, real, genuine people and on top of that they just have a good do. Every time I've played it's been a good do. I’m absolutely buzzing to be back in the Steel City as you call it. 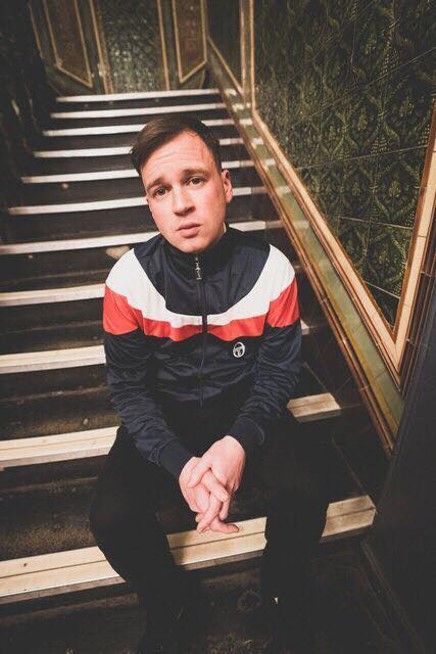 Who would you recommend in terms of up and coming acts?

I’d definitely say Ivory Wave. And there’s a girl called Maya Law. She’s quite young still and rough round the edges, but I think you’re gonna see her name everywhere.

What’s your go-to order at Spoons?

Ah mate, what a beautiful question. It’s gonna sound right poncey but there’s a mushroom risotto, but if you get the chicken with that as well yeah…I’ve never really had risotto. Don’t judge me for getting upper echelon but the mushroom risotto with added chicken. To die for.

Finally, what can people expect from you across 2019?

I think there’s a terrible habit in this music industry of making very good content and not being able to deliver it. So for me this year it’s 100% the best foot forward at every step. My plan really is to put a song out every month at least but I think there’s gonna be a month of that.

I’m a big fan of putting EPs out, cos if you don’t wanna write an album, an EP has the same energy about it, something you’re very proud of. I’m gonna put so much music out really, so much music. There’s a couple of shows coming up, summer’s full of festivals, a couple of dates on my own, and literally loads of new music on top of that.