Just in time for Roar tonight

Sheffield takeaway Broomhill Friery have announced that they have started serving veggie nuggets and burgers.

The new options will be served as of tonight, timed perfectly for after your messy Wednesday night at Corp or Roar. 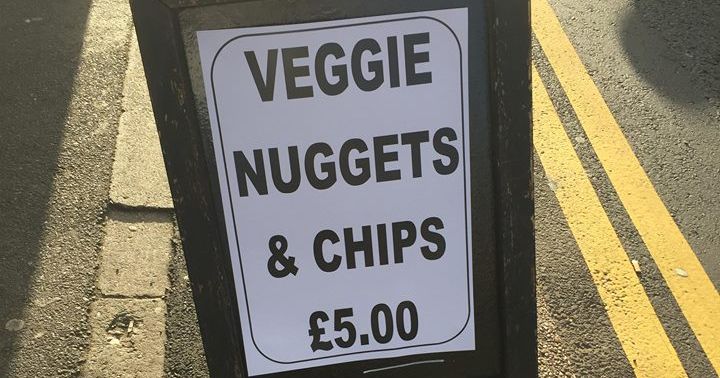 A member of staff at Broomhill Friery exclusively confirmed to The Sheffield Tab that service had started on Wednesday, saying: "We've literally had hundreds ask."

The new menu additions come in response to a lack of veggie friendly options in takeaways in the Sheffield area, especially late at night, and are thought to have been in the pipeline for several weeks.

It is thought that over one million people in the UK are vegetarian, and it is a particularly popular diet choice among young people.

So whether you're a veggie or not, there's no excuse not to grab yourself some nuggets at 3am after drinking your body weight in VKs or blue pints.