Find out who’s playing when

Tramlines stage times have been announced and limited day tickets released ahead of the festival's 10th edition next weekend.

Music lovers from Sheffield and beyond will gather at the new home of Tramlines, the 40,000-capacity Hillsborough Park, between Friday 20 and Sunday 22 July.

In addition to the schedule being confirmed, day tickets have also been released due to unprecedented demand.

The Friday of Tramlines will feature a 90-minute headline set from Stereophonics, alongside appearances from Everything Everything and Sheffield indie legends Milburn on the Tramlines Stage.

Over on The Leadmill Stage, festival favourites Mystery Jets close off the day after performances from bands including the hotly-tipped The Magic Gang and The Orielles. 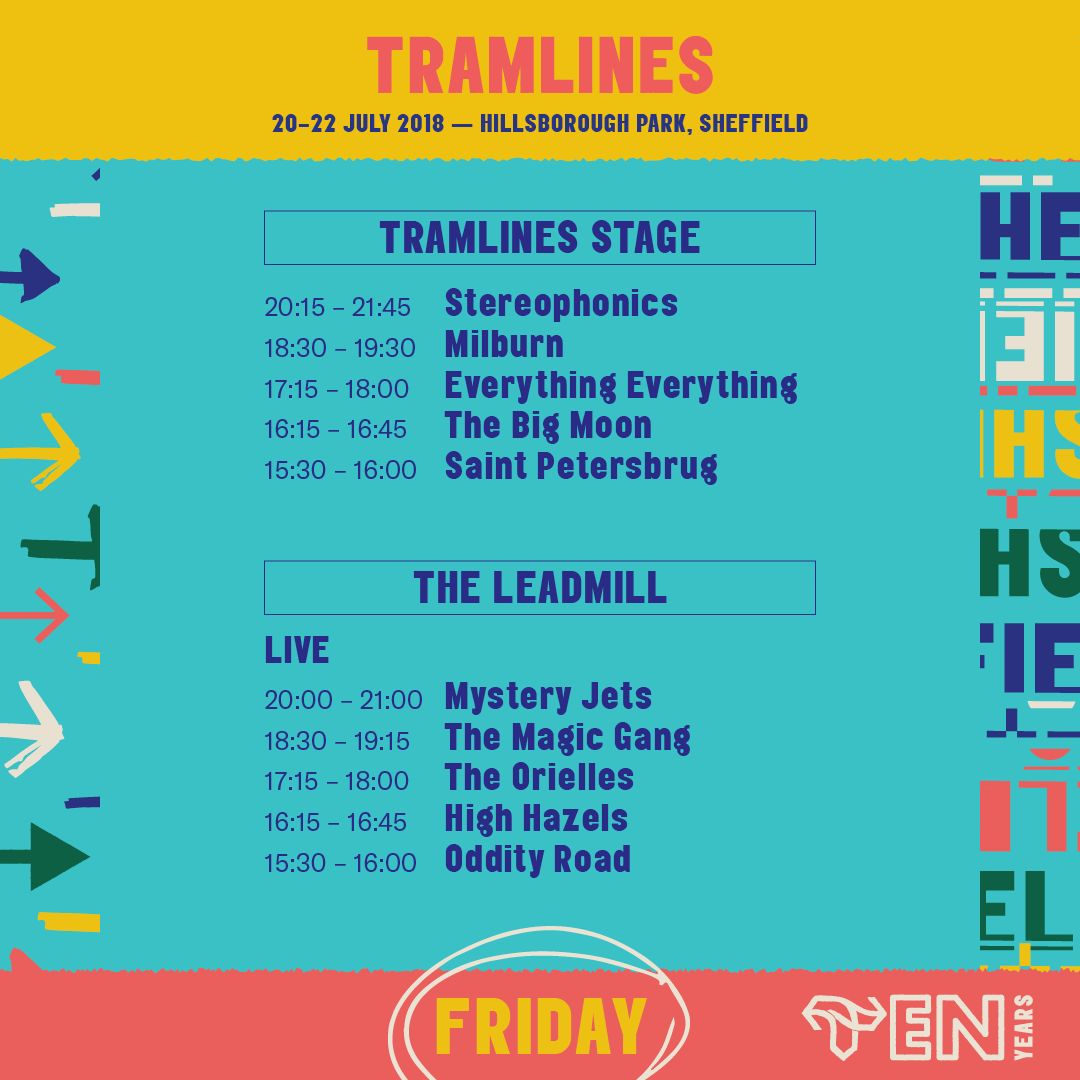 The Saturday bill is topped by Noel Gallagher's High Flying Birds. The Oasis legend plays The Tramlines Stage, which will also be graced by Manchester five-piece Blossoms, as well as Reverend and the Makers, Coasts, and Bang Bang Romeo.

T'Other Stage offers an eclectic mix of chart, urban, and indie, with Clean Bandit on at the same time as Noel, while Stefflon Don and Mabel will represent R&B acts at the Festival. Rat Boy headlines The Leadmill Stage, and Rae Morris and King No-One play the Library Stage. 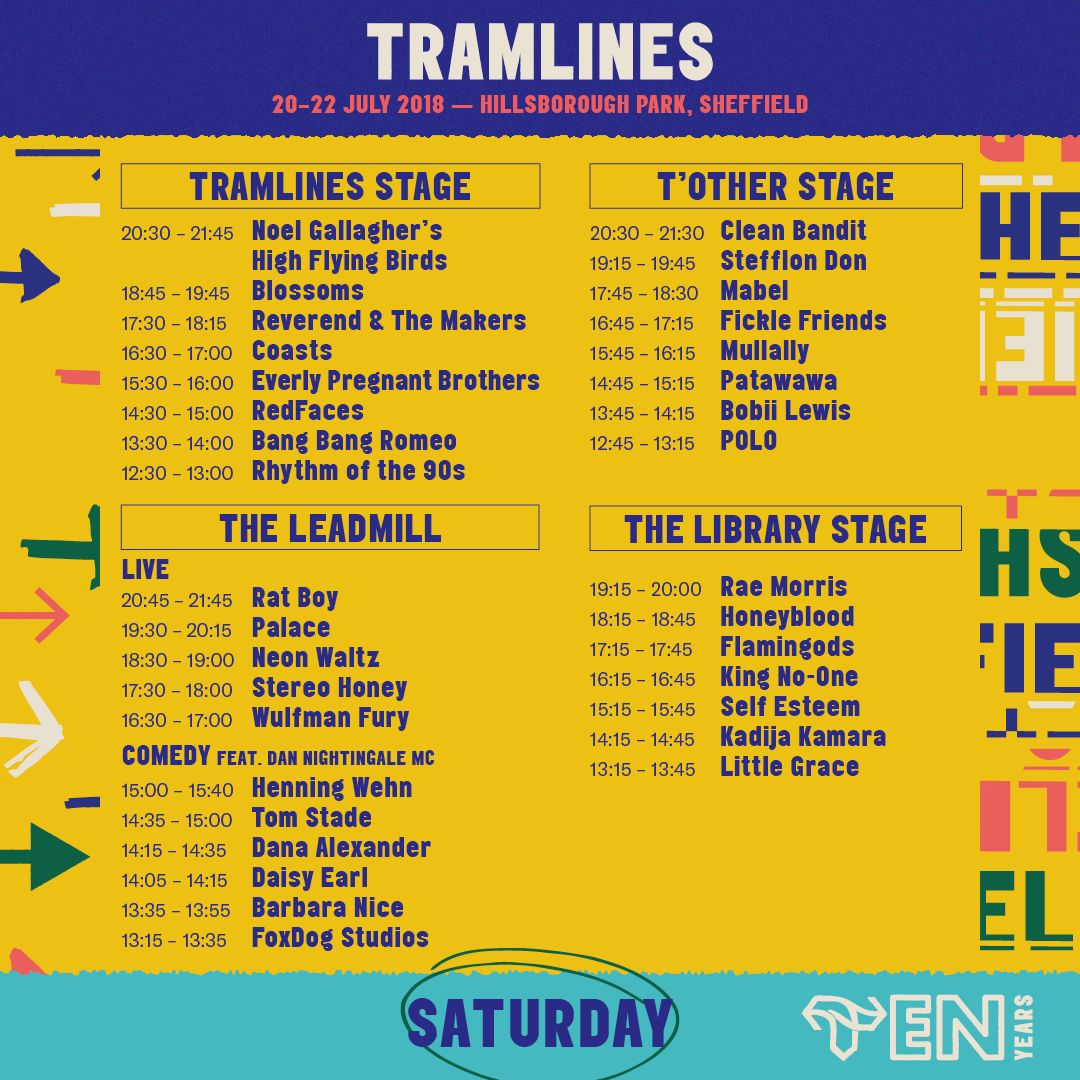 Craig David's TS5 will be bringing the party to the Tramlines Stage on Sunday, following on from hip-hop and R&B infused sets by De La Soul and Tokio Myers. There's plenty for indie enthusiasts to enjoy on T'Other Stage, with sets from Jake Bugg, Shed Seven, Little Comets and Gengahr. 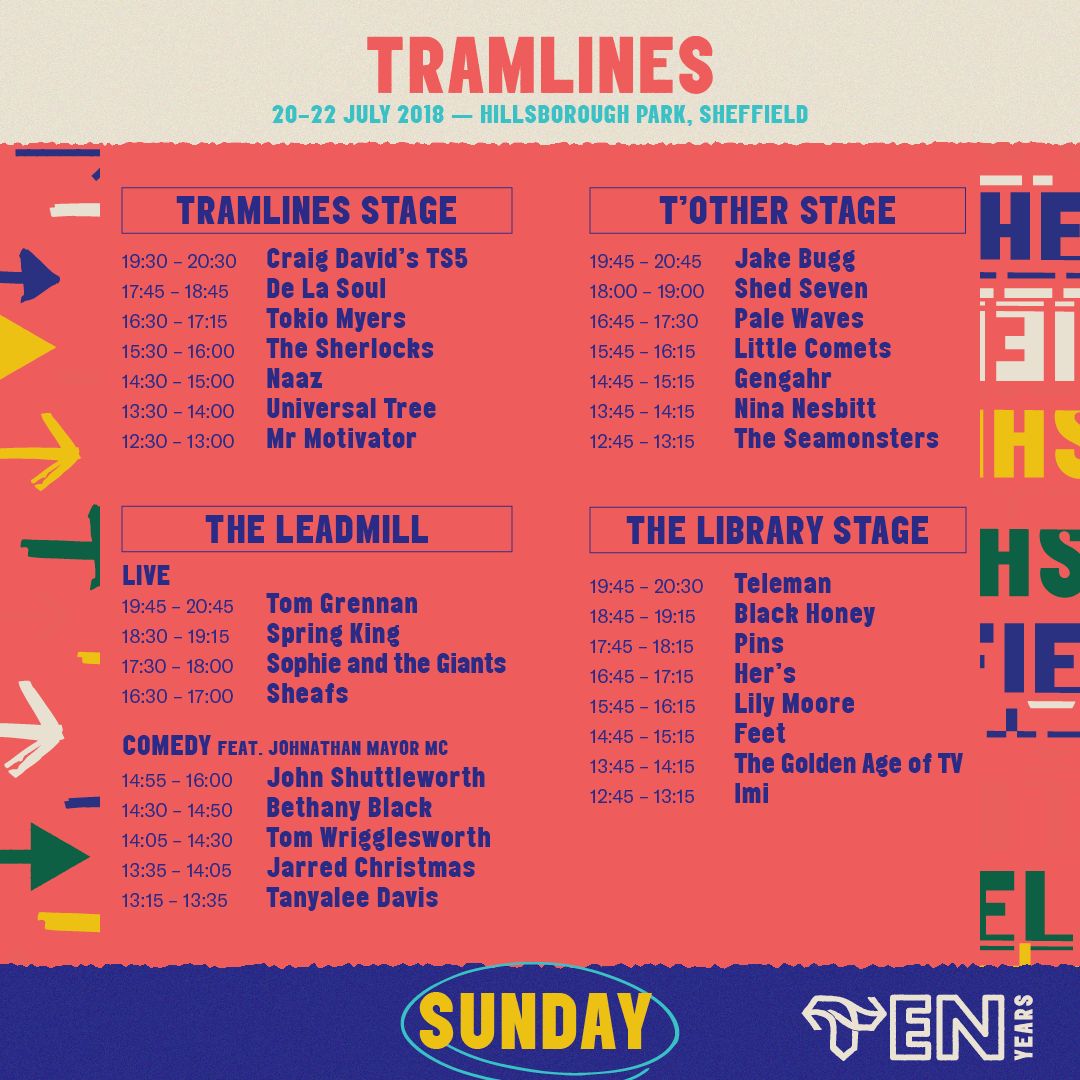 In response to high demand, and with support from Sheffield City Council, Tramlines have put a very limited amount of Friday, Saturday and Sunday day tickets on sale.

Further information and day tickets, in addition to final weekend tickets, which are priced at £79, are available here.