It was thrown by a Uni of Sheffield student

When Tyrell Pearce attended the sold out Sheffield Ice Hockey Varsity event last Wednesday with two friends, he was expecting a good day out. Potentially a bit good-natured banter from his mates as well, depending on which university won the match.

What Tyrell, a Sheffield Hallam student, was not expecting was to have a banana thrown at him by a University of Sheffield student. The racist attack is currently being investigated by the university and the police. 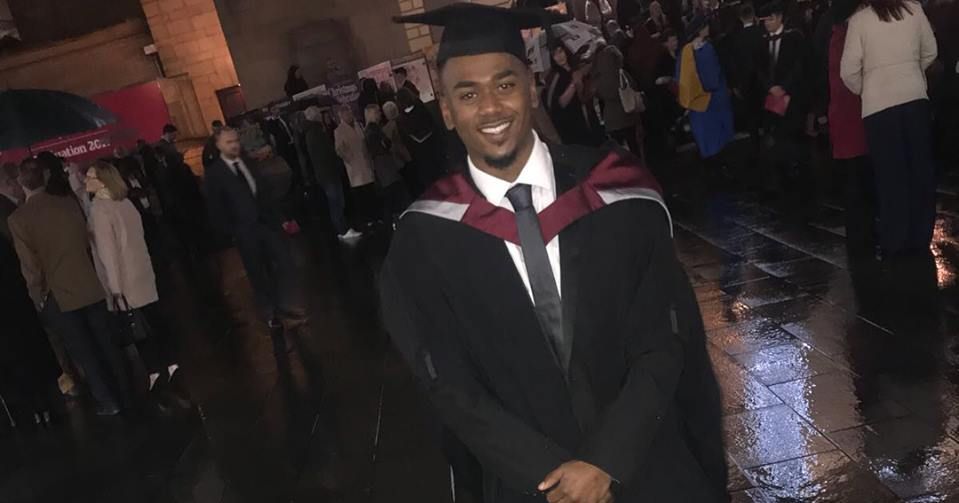 Tyrell, or Ty to his friends, was sat with two mates from the University of Sheffield. They had good seats, just a few rows back from the action. His friends were wearing their Uni of jumpers but Ty was wearing his Hallam merch. As they took their seats in a predominantly Uni of section he got a few weird looks.

The banter between Uni Of and Hallam students was flowing as each goal was scored. Everything was fine until half time, when Ty's friends went to get drinks.

Speaking exclusively to The Tab, Ty recalled what happened next: "A few minutes after they left I felt something hit the top of my head. But I didn't turn around.

"I chose to ignore it until I looked down and saw that it was a rotten banana. And I had the contents of this banana all over my head.

"Immediately I got up and people were shocked as they realised what had been thrown. I knew the direction the banana came from, I shouted 'who threw the banana?' very angrily, as this is the most racially abused I have been in my entire life."

"Not a word was said, a girl in the stand had told me it was one of the guys in a shirt and tie (the hockey team)."

Ty said he then walked over to the hockey team and asked them who threw it, the group remained silent.

"Not a single peep out of any of them and not a ounce of eye contact either. I knew it was them."

Three other eyewitnesses have since come forward telling Ty the banana was thrown by one of the field hockey boys. 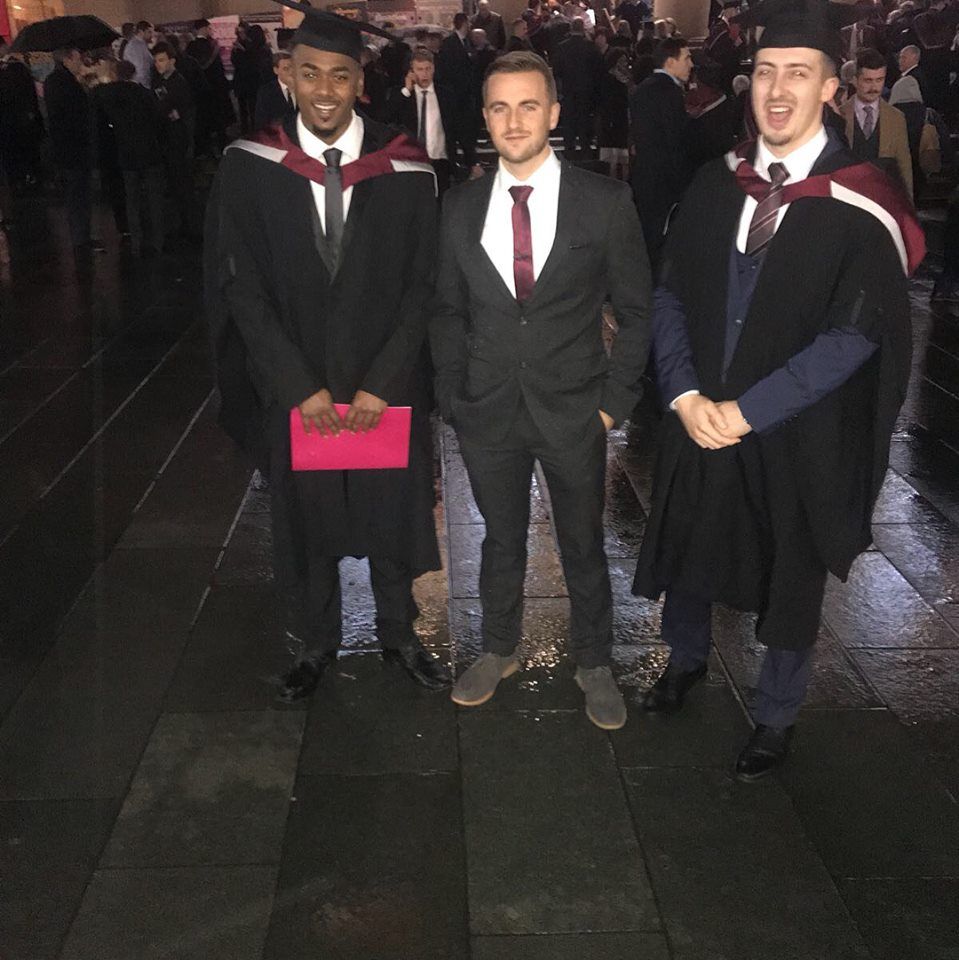 Ty seen with friends at his undergraduate graduation ceremony

"I couldn't retaliate with the same sort of physical abuse to the abusers as then I would paint a worse picture of my ethnic group and be labelled and stereotyped."

Ty continued: "After speaking to a few people from the university due to us reaching out to people, it seems the University of Sheffield is quick to dismiss the actions of their pupils, which saddens me as this will most likely be swept under the carpet and nothing will be done about this.

"It's a shame because if nothing is done no lessons are learnt, and more people will think it's okay to repeat the same behaviour as no penalties or anything will be taken."

The University of Sheffield told us they are aware of the incident and have launched an investigation, which is ongoing. Police are also looking into it.

"As a result, we’re not able to provide a statement regarding it whilst the investigation is ongoing."

Ty's experience follows reports of similar racist attacks at various universities across the country in recent weeks, including Nottingham Trent and Exeter.

Earlier this year, a group chat between University of Sheffield computer science students was also exposed for containing racial slurs. 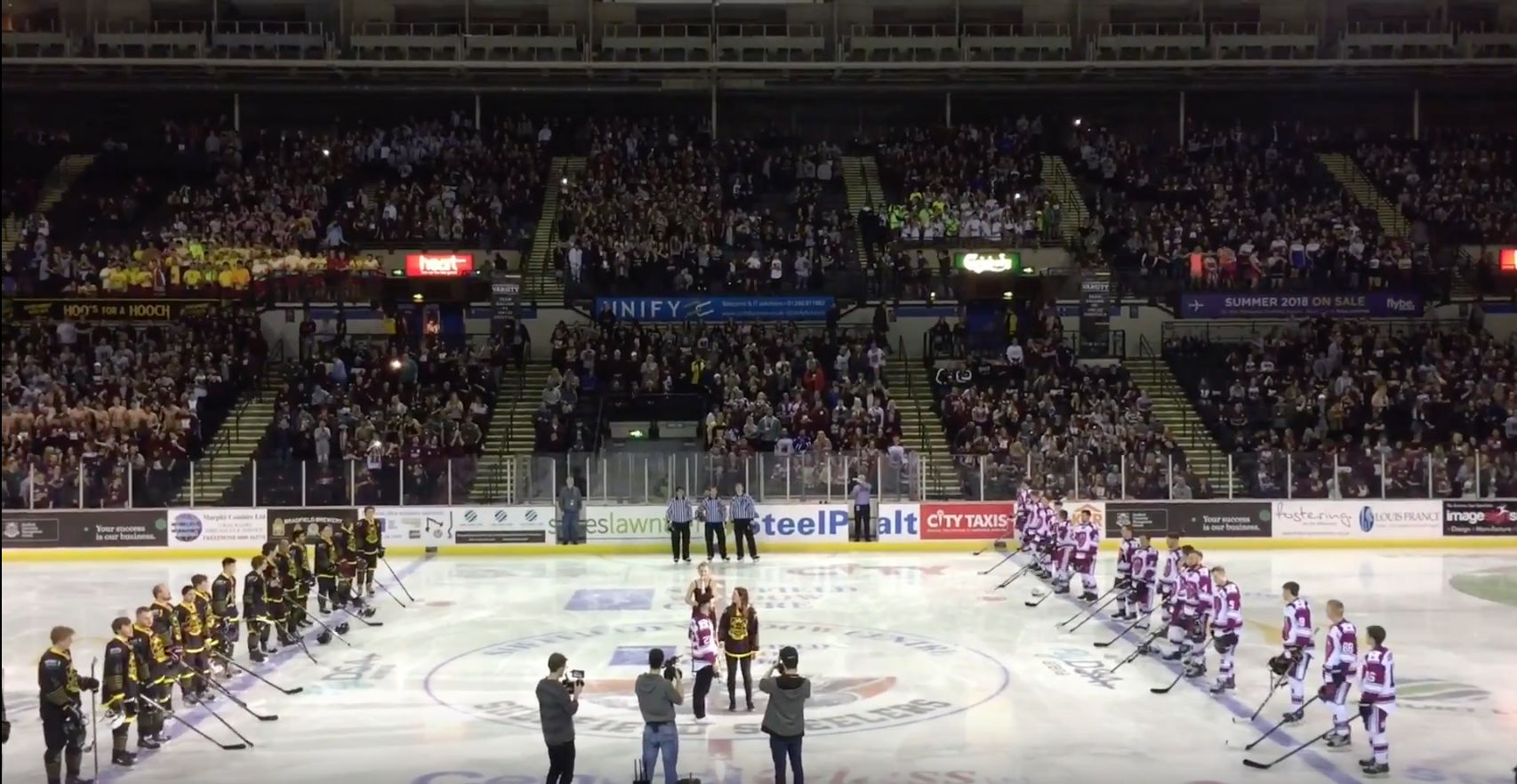 This year's Varsity Ice Hockey was a sell-out event.

Flo Brookes, Sports Officer at Sheffield Students' Union, commented: "This incident does not reflect the wider sporting community and it is vital that the investigation gets to the bottom of this. We abhor any hint of racist behaviour; and respect all competitors and spectators regardless of race, gender, sexuality and ethnicity."

"This incident clearly contravened the values of inclusion and respect which are fundamental to both organisations and will not be tolerated. The University has commenced an investigation and both the Students' Union and University will fully cooperate with police who are investigating the matter."

It is currently unclear how long the investigation will last, or if and when the individual responsible for throwing the banana will be identified or disciplined.

Do you have any information about this incident or know the student responsible for throwing the banana? Contact us anonymously by emailing: [email protected]