An interview with Lilian Greenwood, your Nottingham South Labour MP

Lilian Greenwood has been the Nottingham South MP since 2010, which is the constituency that covers University Park Campus, Jubilee Campus, and Lenton. A longstanding member of the Labour Party, Greenwood is up for re-election on June 8th. Students have the right to register to vote at either their home address or their university address. If you are unsure where to vote or who to vote for, perhaps this interview could be of help.

The Tab met with Lilian Greenwood last week at the Lenton Centre; coincidentally, this is will be one of the closest polling stations for UoN students who have registered to vote in Nottingham in the upcoming election. 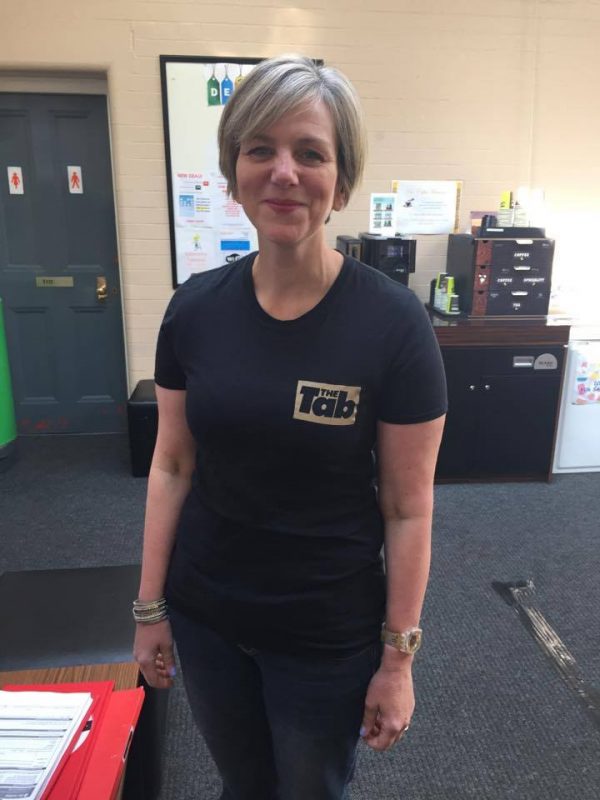 Greenwood arrived for our meeting solo, without a cohort of political aides, and in a fairly unremarkable car that also acted as a campaign supplies carrier. In an age where MPs are accused of being more and more out of touch with the average person – this one seemed refreshingly down to earth.

The Conservative Party said a few weeks ago that they feel confident of unseating Greenwood during this election, but she assures us: “If they want to take this seat this year they are going to have a fight on their hands.”

You have been the Nottingham South MP since 2010 – why should the people of Nottingham re-elect you on June 8th?

I’m standing on my record of getting things done for people in Nottingham. When I was elected in 2010 the first thing the incoming Tory government did was scrap the widening of the A453, which may only be an issue for students who have cars, but it used to be an incredibly congested and dangerous route. We fought a really big campaign to ensure it got back on track; it’s made a massive difference.

On many, many issues, whether it’s been solid wall insulation across estates in the city, or campaigning for more investments in our schools and hospitals – these are the things I have been able to change working with the Nottingham community to make a difference across the city.

At the 2015 General Election over half of 16-24 year olds who were eligible to vote did not. What do you think needs to be done to engage young people – especially students – with voting and politics?

We were out this morning in Lenton campaigning with a big pile of registration forms to encourage young people to vote. What we have seen in the past seven years is young people be put at the bottom of the pile by the Tory government. Student fees have massively increased; maintenance grants have been scrapped; they’ve sold off the student loan book; they’ve scrapped housing benefits for under 21s; the national living wage doesn’t apply to under 35s. In so many ways young people have been hit by the Tories – that’s why they need to use their political power to register to vote against them, and I obviously hope to vote here for me and for Labour.

a) This current generation of students?

In 2015 the students who got together to launch their manifesto, aimed at both local and national politicians, put their priorities around safety, student finance, transport, and housing – and I think they will all still be key issues in 2017. Particularly, I think students are mainly concerned with what will happen to them after they graduate: will they will be able to find a job, somewhere to live etc. I think one of the biggest issues facing people currently in higher education is making sure there is housing available that is affordable to buy or to rent.

b) The Labour Party?

Winning an election on June 8th! Making sure we retain our Labour MPs in Parliament with a good record of standing up for people, and also making sure we can win new seats so we can bring in new policies that will take the country forwards in a positive way, rather than the backwards ways we are seeing with Theresa May. Theresa May is certainly not interested in places like Nottingham; we cannot afford another five years of Tory government here. 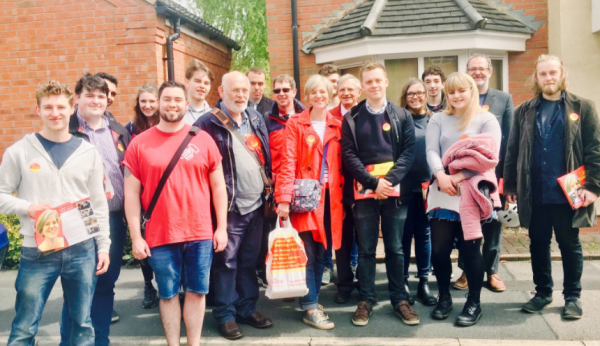 The biggest issue facing us without a doubt is Brexit. I campaigned to stay in the European Union, I thought that was the right thing to do and I was deeply disappointed by the result. However, the people spoke and made their decision, so now the focus has to be on achieving a really good deal. Brexit could be absolutely disastrous for the higher education sector. We have two world class universities here in Nottingham and we need to able to attract the brightest and the best to both teach and study at our universities. We need to have strong Labour MPs in Parliament standing up to whoever is the Prime Minister – maybe it’ll be Theresa May, maybe not –  and they have got to be demanding a really good deal. Higher education is one of the key areas we need to protect going forward.

This week is Mental Health Awareness Week. The topic of mental health is increasingly becoming one of the most prominent issues across university campuses. What would a Labour government do to support mental health issues in young people?

I’ve talked to the chair of the Clinical Commissioning Group who is also a GP on the university campus, and we have talked a lot about the increases there have been in mental health issues with young people. We would work together to tackle the issue around prevention and around treatment. 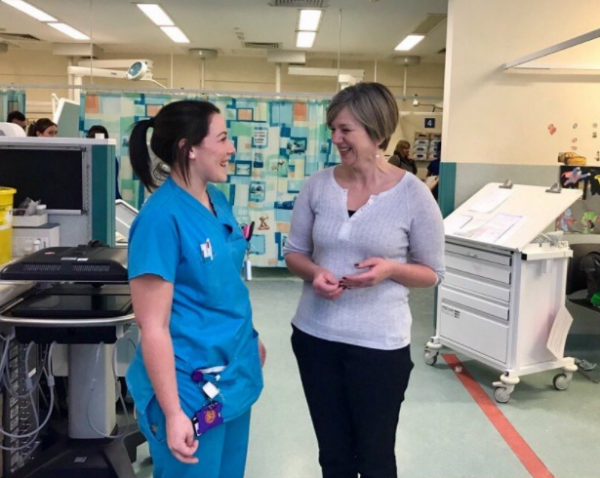 What is your proudest moment as an MP?

It’s hard to condense it down into one thing. On the one hand, when I walk round parts of my constituency such as Clifton, where you can walk down the street and see the positive effects of solid wall insulation which has helped cut peoples’ bills and has made their houses warmer, as I know this has benefitted thousands of people, this is something I am most proud of.

But equally I am proud of my dealings with individual constituents. Joyce, who features on my campaign leaflet, says ‘I wouldn’t be here Lilian if it wasn’t for you.’ When she came to see me she was getting treatment for a skin condition on the NHS and she was literally suicidal. But now things are much better in her life. You cannot put a value on being able to touch someone’s life like that. I got into politics, as I believe most MPs do irrespective of party, to make a difference. So making a difference to one person or a whole community, it is those things that keep you going and those things that make you want to continue.

Where’s your favourite place to eat out in Nottingham?

Currently, I think my favourite place is the Iberico Tapas place in Hockley. The food is just fantastic. I’ve not been to the new Crocus Cafe in Lenton since they’ve moved there, but it’s on my list to visit today.

What’s your favourite thing about the city of Nottingham?

I think one of my favourite things is that if you go out on an evening in the centre of Nottingham you are guaranteed to bump into people that you know, because it’s sort of like a village; it’s a very manageable size for a city. It’s still got everything you want like the art galleries and the theatre, but at the same time you can still walk from one end to the other.