A tribute to Elliott Johnson

Elliott Johnson was a big part of The Tab Nottingham. From his endless supply of exclusives about Labour councillors to the fun he added to our socials, he brought his energy and passion into everything he did.

Elliott wrote for The Tab Nottingham from 2013-2015, and found countless stories as well as running two successful blogs.

He tragically lost his life last Wednesday and we asked members of the team who knew him to share their memories of Elliott:

Elliott was one of the most innovative and enthusiastic writers I had the pleasure of working with.

Every week, he would turn up at a meeting with a new idea and a fresh way of looking at things. It was clear that politics was Elliott’s passion, but he was as committed to what he did for The Tab as the people who wanted to be journalists, if not more. He was such a sociable guy, and meetings were always so much better when he could make it. Whether he was laughing about the latest idiotic move from the SU or gossiping about Impact, Elliott never failed to lift the mood of the room in his own eccentric, excited way.

I once got a call at about 11pm from Elliott, who had just arranged to meet Eric Pickles and had an amazing brainwave: get him pictured with a Tab t-shirt. He sprinted round to my house to pick one up and was already laughing about how great an image it would be to plaster all over the website.

I never got the chance to properly get to know Elliott outside of The Tab, but that’s the kind of bloke he was, I think. Always full of ideas and energy, and always willing to go the extra yard. I know I don’t just speak for myself when I say he had a huge impact on everyone he worked with at The Tab in 2013/14. He’ll be missed by all of us. 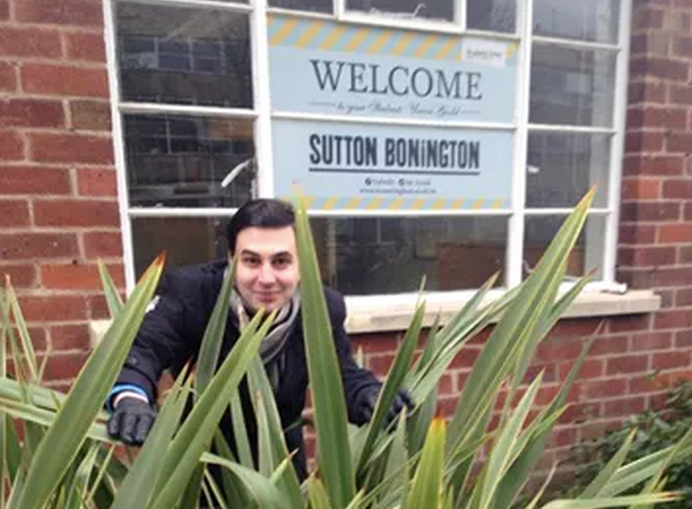 I can remember being really nervous about writing for The Tab, and he said go for it.He was really encouraging and I’m glad he was.He always gave me good advice if I wrote something for The Tab and he helped me write my speech for the Tory society committee elections. He had a good sense of humour and a very level head.

There was never a dull moment when Elliott came to a meeting (or a social)! I was always so impressed with his passion for the Tories and listening to his rants about the local council. His Tab tries Sutton Bonington is an absolute classic. It’s just so sad because you could tell he had such a bright future ahead of him.

Elliott had a keen eye for a story. We had countless conversations about potential scoops and he had a real desire to hold those in charge accountable – he loved the idea of infiltrating the corridors of power. He was well respected by everyone for his tenacity, even if it ruffled people’s feathers. He was talented and relentless and passionate, and we have lost someone who had the potential to be truly great. 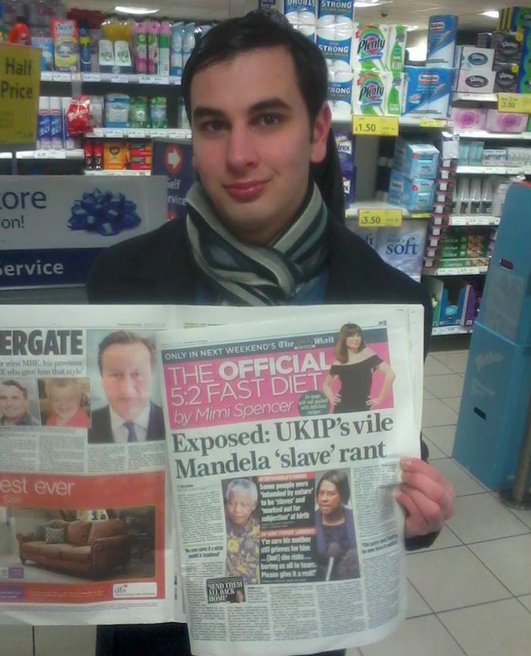 I met Elliott at The Tab social for the first time and he is the one who introduced me to port and policy. He is one of the reasons that I am as involved in politics as I am today.

Elliott was a great person to be around and always brought his positive and funny personality to every Tab meeting.

The first time I met Elliott was at a Tab meeting when I was News Editor. I was still learning the ropes and in walked this larger-than-life, funny little guy who managed to get me completely emotionally invested in the minor dramas of everything from Conservative Future to the local Labour party. He had a unique way of looking at the world. He was always searching for an angle, trying to get the juiciest scoop possible and would let nothing stop him when he was trying to get a story.

He had this wild glint in his eye when a story was coming together and his enthusiasm was contagious to everyone around him. He was someone that wore his heart on his sleeve and wasn’t afraid to show how passionate he was about the things he cared about. Looking through our old conversations, I found so many stories that I completely forgot he brought in, he always had his ear to the ground and knew more about the inner workings of societies than the people in them. He had an incredibly bright future ahead of him and he will be missed. 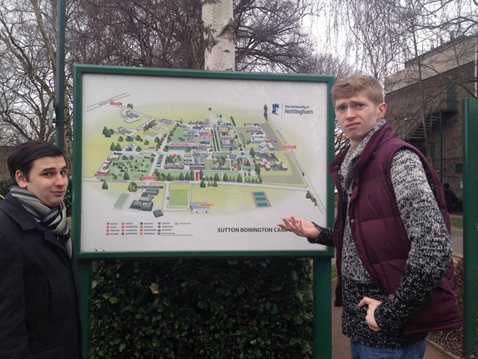 My standout memory of Elliott is his enthusiasm. He investigated everything, nothing was too small a scoop or unworthy of coverage. His passion and knowledge made him an incredible asset to our team, and his energy and willingness to go the extra mile gave his contributions a true edge – both in writing and in person.

Politics was always his inclination, but he genuinely believed in the Tab and chose us as his partner. In meetings, he always left us laughing over the most recent titbit of information he’d unearthed and was never afraid to get involved with something outside his usual remit – his Tab Tries: Sutton Bonington piece was always a stand out for me. He was clever, switched on and ultimately a team player.

He was a larger than life personality, unashamed and open and ready to educate anyone who would listen. We felt his absence whenever he couldn’t make a meeting, and I know we’ll all feel it now.

Some of Elliott’s stories: 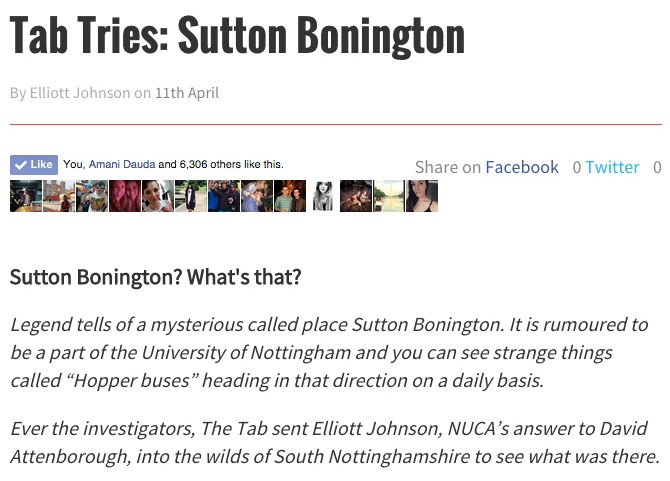 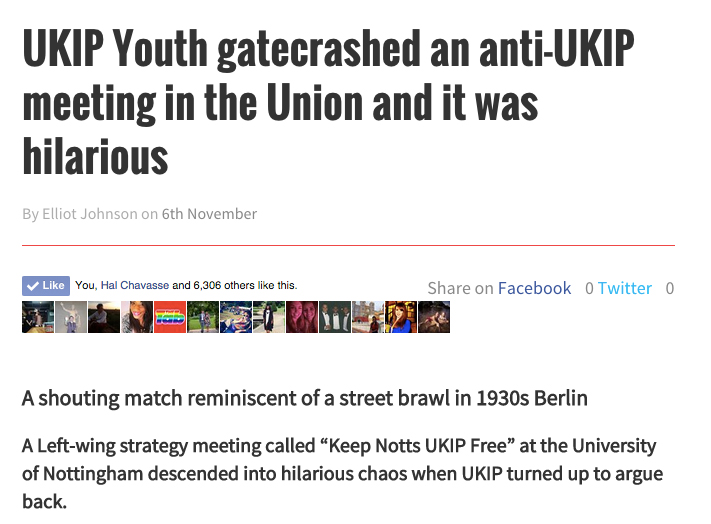 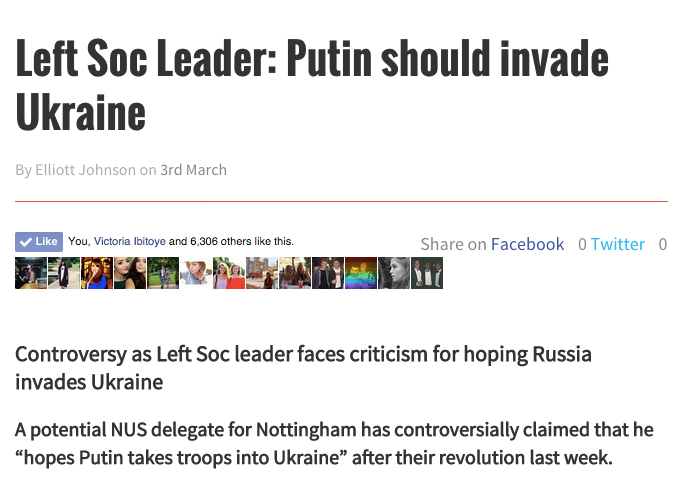 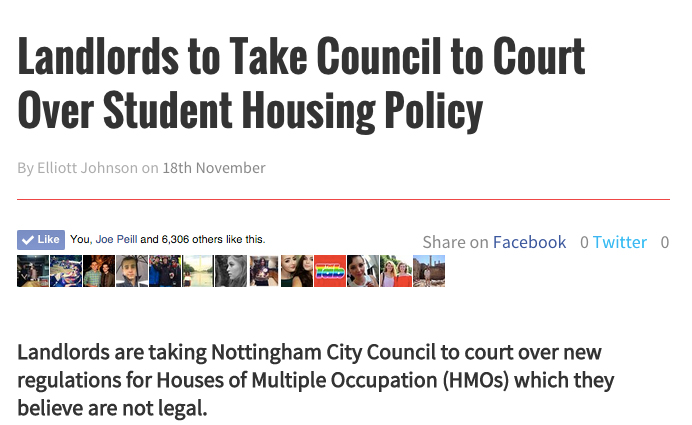