Hide yo wife hide yo kids

An NTU academic has warned that the damp summer weather could cause thousands of wasps to flood Nottingham this September.

Just like us, the rainy summer days have caused our buzzing friends to hibernate during the rainy season.

Because of the unusually wet August, Notts residents are looking to get brighter weather – and more wasps in September.

Normally at this time of year, wasps die out as the weather cools down, but this September is predicted to be unusually mild, meaning the wasps may live for longer than normal.

Biology bigwig Dr Christopher Terell-Nield from Trent, told The Nottingham Post that due to the wet weather delaying the natural cycle of the wasps, they will be “searching out sweeter food” in the sunshine, meaning there will be a “large presence of wasps at summer picnics.”

Geography student Ali expressed his concern about this.

He said: “This is not not ok, mostly because I don’t want to be stung but also because it could damage the delicate urban ecosystems that we have”. 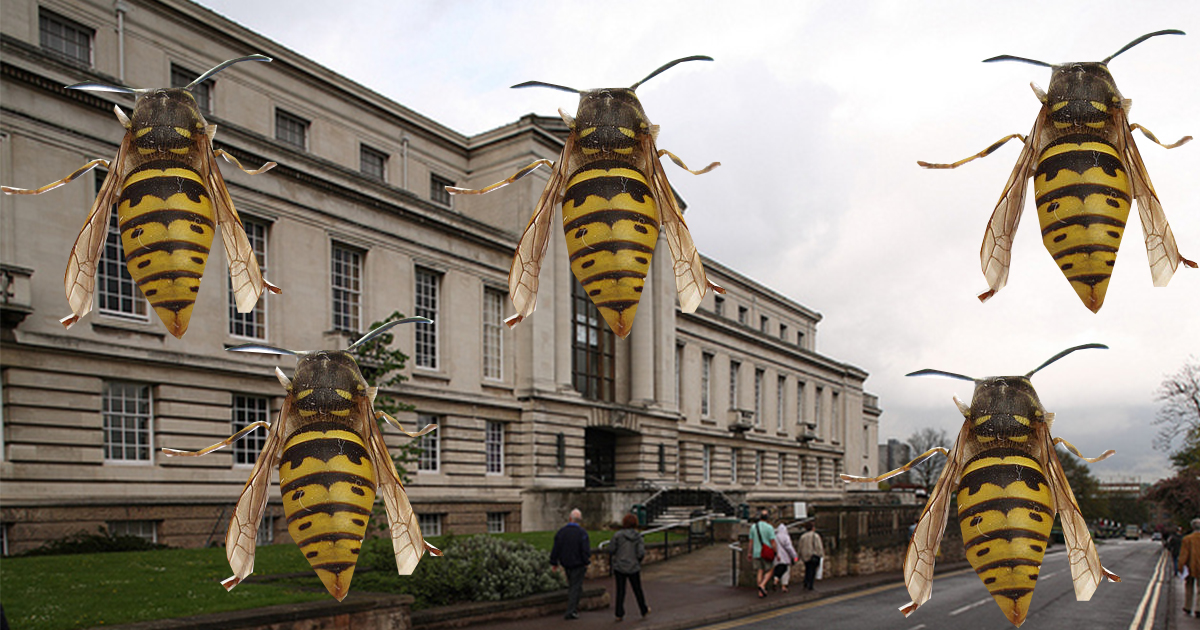 How the invasion could look

Archaeology fresher James doesn’t think the wasps will have a massive impact on his day to day life.

He said: “I might see a few wasps and think ‘theres a lot of wasps, but that’s it”.

Earlier this year, experts predicted  a soaring number of winged menaces would be invading the city.

The terrifying news came from a survey issued by British Pest Control Association.

They found that Nottingham City Council was called to deal with wasp and bee issues a stinging 929 times in 2013-14, which was an increase of 514 times on the previous year.

Experts say the rise is due to the strange weather we’ve experienced this year that saw freezing temperatures closely followed by unusually hot days.

Luckily, as wasps tend to sleep and hibernate through wet weather, we don’t have long until they buzz off again. Once our beloved damp winter days return, they will no longer be stinging in the rain.