Did they think they were in Ocean

Daring strippers invaded an economics lecture and swung their t-shirts round their heads to the infamous Baywatch theme song.

But they were left red faced when the lecturer told them they weren’t fit enough to do it.

The incident occurred during an ‘Introduction to Macroeconomics’ lecture in front of 150 first year economics students in the Keighton Auditorium.

Unsuspecting lecturer, John Gathergood was interrupted mid-sentence by the familiar tune of “I’ll Be Ready” coming from a portable speaker, as six intruders stormed into the room.

Not wanting to be outdone in his own lecture, he began to joke at the expense of the gatecrashers. He said: “The first key point is if you’re not fit don’t take your top off in my lectures.

“I’m not saying you’re not allowed too, but only some people should.” 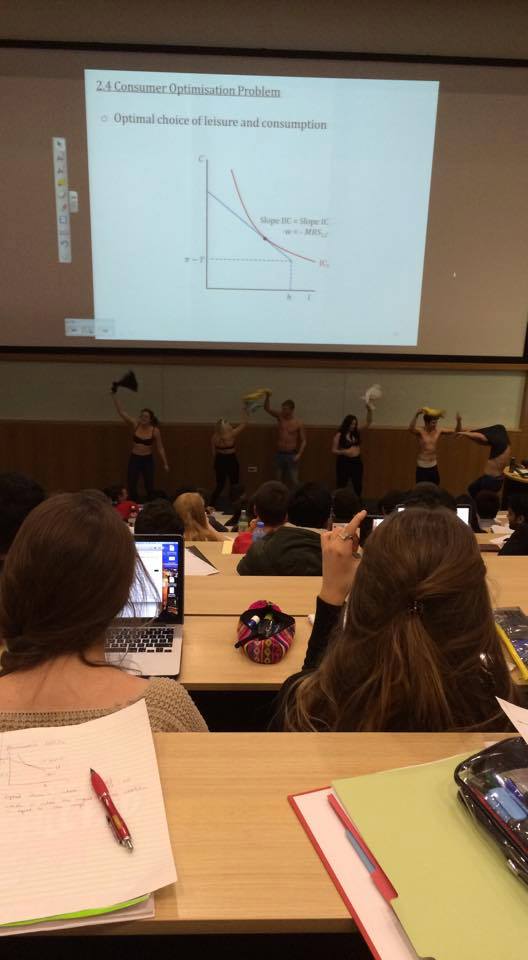 First year John, who was in the lecture, said: “People started laughing, taking photos and snapchats, everyone thought it was brave and lots of fun.

“The lecturer seemed to be having fun as well; he had probably not seen anything like this before.”

Some of the flash mobbers dressed for the occasion, wearing the yellow Baywatch t-shirts that the most people deem too cheesy to wear after fresher’s week.

One of the students couldn’t handle the limelight and made a premature exit from the lecture theatre.

After about a minute the wannabe Hasselhoffs made a hasty retreat, showing no motive for their bizarre behaviour. 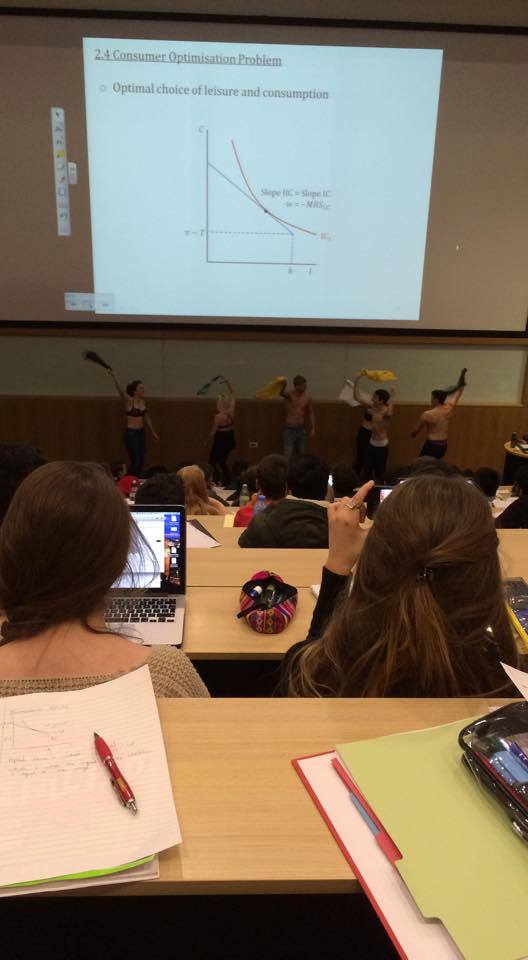 The lecturer then made a valiant attempt to continue his lecture on consumer optimisation,

He is heard in the lecture recording saying: “I at least thought they would be selling or promoting something.

“A missed opportunity to get some merchandise in there.” 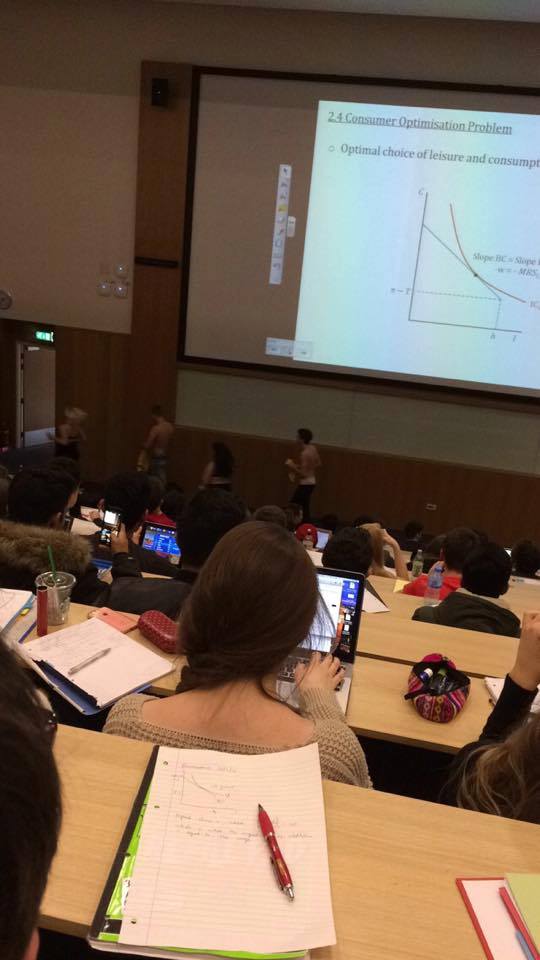 His comments were greeted by rapturous applause from the crowd, who enjoyed their most entertaining lecture since the discussion of the exchange rate of the pound.