Can he really cook?

After his infamous guacamole incident, Queer Eye's resident food expert Antoni Porowski's ability has been doubted, and many think he was only added to the fab five to be a thirst trap. Last, week I put this to the test by following the recipes from cookbook 'Antoni Poroswki in the Kitchen'.

I opened the book imagining it to be an ode to dairy, his favourite food group, but to my surprise it focused on simple food. Antoni first advises that buying best is the key to successful cooking, but let's face it, that was never going to happen on a student budget. Instead, I opted for what I could afford, and luckily, none of his recipes broke my bank.

I decided to start off simple, by attempting the rainy-day grilled cheese with prosciutto and tomato bisque (a posh word for soup). A slightly pretentious nod to an American classic, I became instantly afraid of the word 'bisque', imagining some fourteen-step, MasterChef-style dish. The grilled cheese ended up being more complex than said bisque, which proved simple and easy to repeat. The result was enjoyable, but I don't think the mayonnaise he recommended was necessary, and I the brioche and prosciutto were definitely a bit pretentious.

Verdict: It was good but I know I don’t plan on buying brioche again, I’d rather stick to classic cheese on toast. 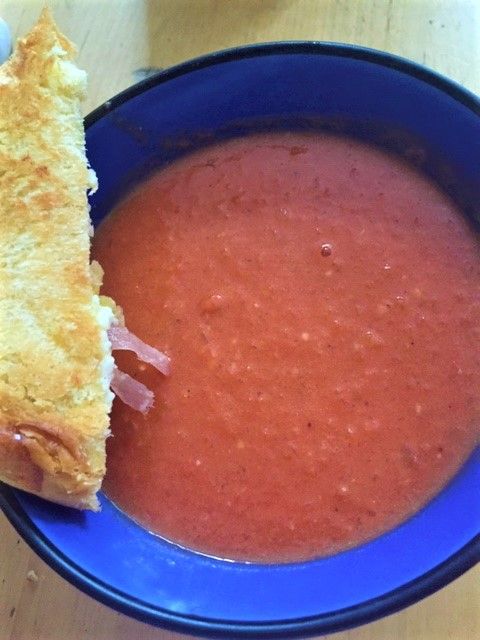 For dinner, I decided to do the fish tacos with Chipotle mayo, although I switched out the pricey, fresh fish recommended for the cheapest frozen alternative. I also couldn't find corn tortillas, so I made big plans to use up some leftover wraps I had at home, only to discover all but one was mouldy! In the end I bought some taco shells, so textually my version was vastly different, but despite these ingredient problems, it was really good!

Verdict: Although I don't rate grating a red cabbage – it was a total faff – the consequent mess was totally worth the end result! 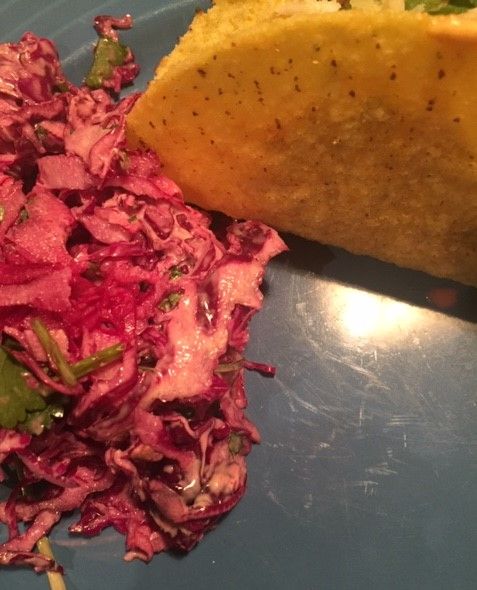 For lunch I had leftover bisque, since I’d wound up cooking about six portions! For dinner, I went for the difficult-looking cauliflower steaks with turmeric and crunchy almonds. The ingredients left me unsure – cauliflower paired with almonds, dates and sriracha – to me totally bizarre. Yet, since it was the only vegan recipe, I knew I had to try it. Not only did it turn out unbelievably easy, it used every aspect of the cauliflower- I didn’t even know the leaves were edible!

Verdict: This recipe was by far the best I had all week, and one I have not stopped thinking about! 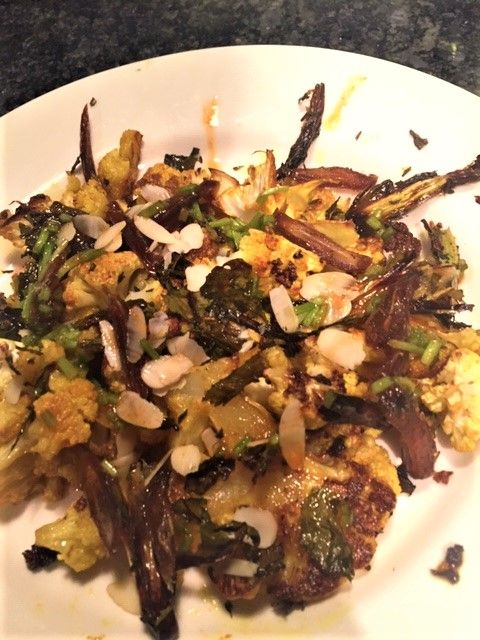 A longtime fan of sweet potatoes, for lunch I made Antoni’s famous roasted sweet potato fries with chimichurri. It was described as ‘Argentina’s answer to pesto’, however, once made the texture was questionable. It was lumpy, since it contained chopped garlic, pungent due to the red wine, and very leafy. This was the only day I went rogue, ignoring the instructions I blended it; definitely a good call! No more were the pungent chunks, instead it was a near smooth, slightly tangy kinda-pesto, which paired perfectly with the sweet potatoes.

Verdict: I definitely salvaged it with the blending

For dinner, I cooked up some vegetables to have with Antoni’s 'cauliflower rice' with parmigano. I’m a fan of cauliflower rice, but always end up with soggy mush rather than a carb alternative. Admittedly, this recipe fixed that issue for me, though I imagine I could have just as easily looked it up online…sorry, Antoni!

Verdict: I probably didn't need the £10 recipe book for this one 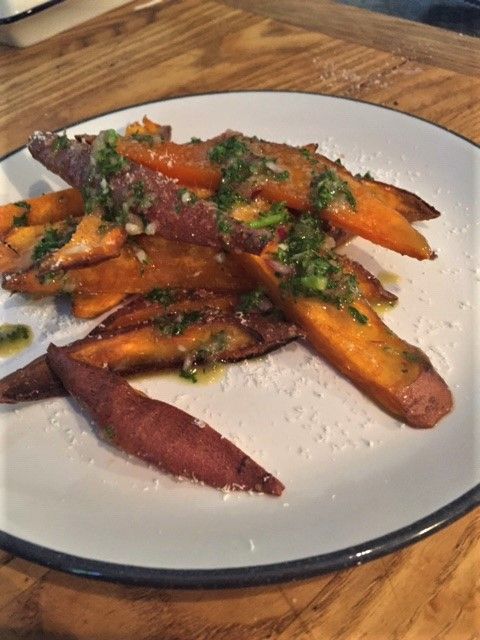 For lunch I ate leftovers again, as despite halving all of the recipes, I somehow always wound up with gigantic portions.

Come dinnertime, I decided to attempt the crispy-skin salmon with horseradish cream sauce. Again, I decided to use frozen fish thinking the outcome would be the same. Unlike the tacos, the frozen alternative was not a success. The recipe required putting flour on the fish skin, to ensure a tasty, crispy skin. Instead, I ended up with a floury mush which burnt at the base of my pan, with soggy, partially-cooked salmon on top. In the end, I put them in the oven, peeling away the mess I’d made of the fish skin. I went cheap again on the sauce, using a shop-bought jar of horseradish rather than fresh, however, this was a success!

Verdict: The meal was okay, in this case it was clear Antoni’s mantra of buying best was proven to be correct! 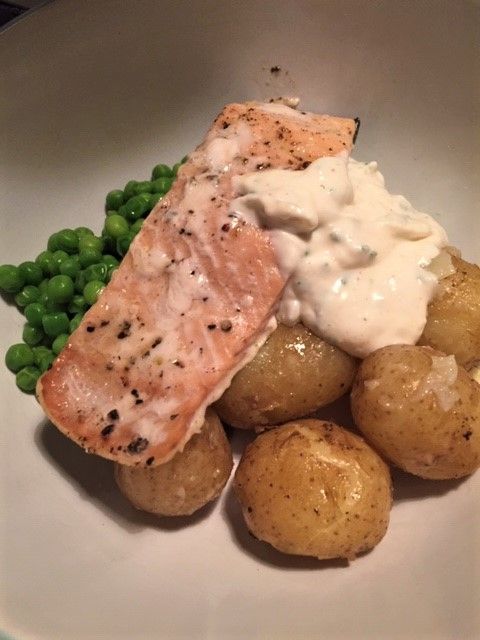 Since I wasn't busy I decided to attempt the complex-sounding Alsatian tart. I chose the cheapest topping: charred red onions with crème fraiche. The dough consisted of pizza base with the addition of polenta. Here, I learnt to read a recipe thoroughly as I bought an entire bag of polenta to discover I only needed a tablespoon!

Verdict: The tart was pretty good, crispy and simple, but I am left wondering: what I am meant to with all that polenta?

For dinner I had more of the salmon mush alongside the rest of the tart, which perhaps together were a rather strange combination, but still nice enough. 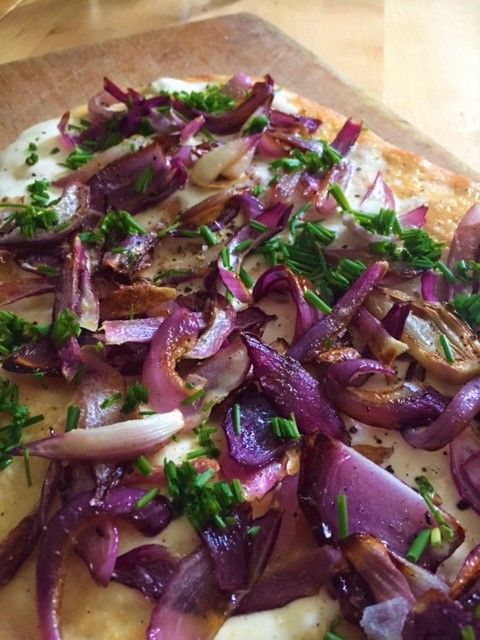 Although I wound up getting lunch in town, I still had dinner to test myself, and chose pasta with sausage, lemon and parsley. Alas, it went wrong from the get-go. I was unable to buy any Italian sausage, so I wound up with Italian-style chicken sausages. I thought that would turn out the same, but as can be seen below, the colour was not so appealing. Another mistake soon struck, but I like to think was not my fault. There I stood, happily cooking the sauce with the pasta drained and ready to serve, when I read those fateful words: ‘add the pasta water’. Nowhere did it state to put aside the water, but luckily my housemate donated her pasta water to the cause. I'd still like to know if saving pasta water is a normal practice, though.

Verdict: The meal was good, but for sure would have been better with the correct ingredients and clearer instructions! 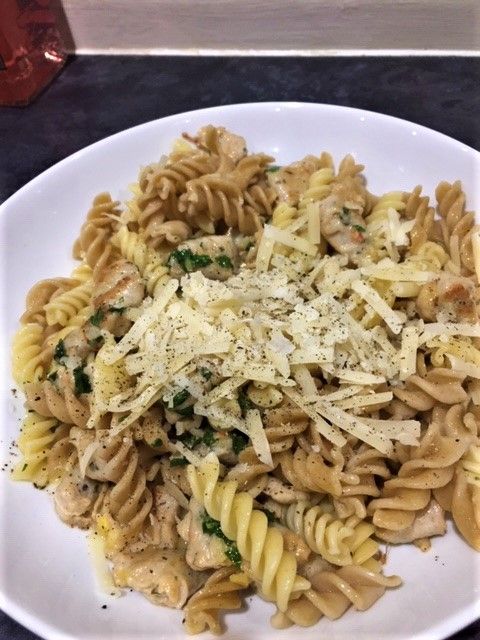 For lunch I had the rest of the pasta, which strangely enough had improved with age like a fine wine. For dinner, I decided this was to be my final hurrah. I went with smoky chicken skillet fajitas and a variety of toppings, leaving me with a mental image of a beautifully-assembled dish. I was working late, so I started cooking at eight, only to read 'marinate the chicken for at least thirty minutes'. As I was hungry I ignored this step, and yet my vegetables took so long to char-grill it, it actually became marinated! Ultimately, the recipe was an over-complicated disaster. My char-grilling resulted in a smoke-filled kitchen and my housemates coughing – I’m just thankful the smoke alarm didn’t go off.

Verdict: It didn’t even taste that good. A truly tragic way to end the week. 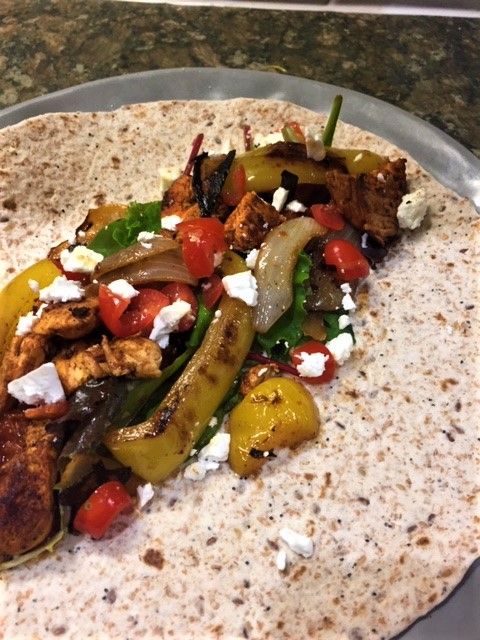 Antoni Poroswki is not just a thirst trap. Although he tends to complicate the basics and provides some misleading instructions, Antoni can genuinely cook. Surprisingly, a couple of the dishes were even budget friendly! Did I feel more fabulous? No, but Antoni does aim to help people believe they can cook and that is exactly what this book does! If I had more money I am sure there would be many more weeks where I’d eat like Antoni!