Voting for them will still count

After complaints were made about campaigning tactics, four candidates in the University of Manchester Students' Union elections have been banned from physical campaigning for the rest of the voting period. 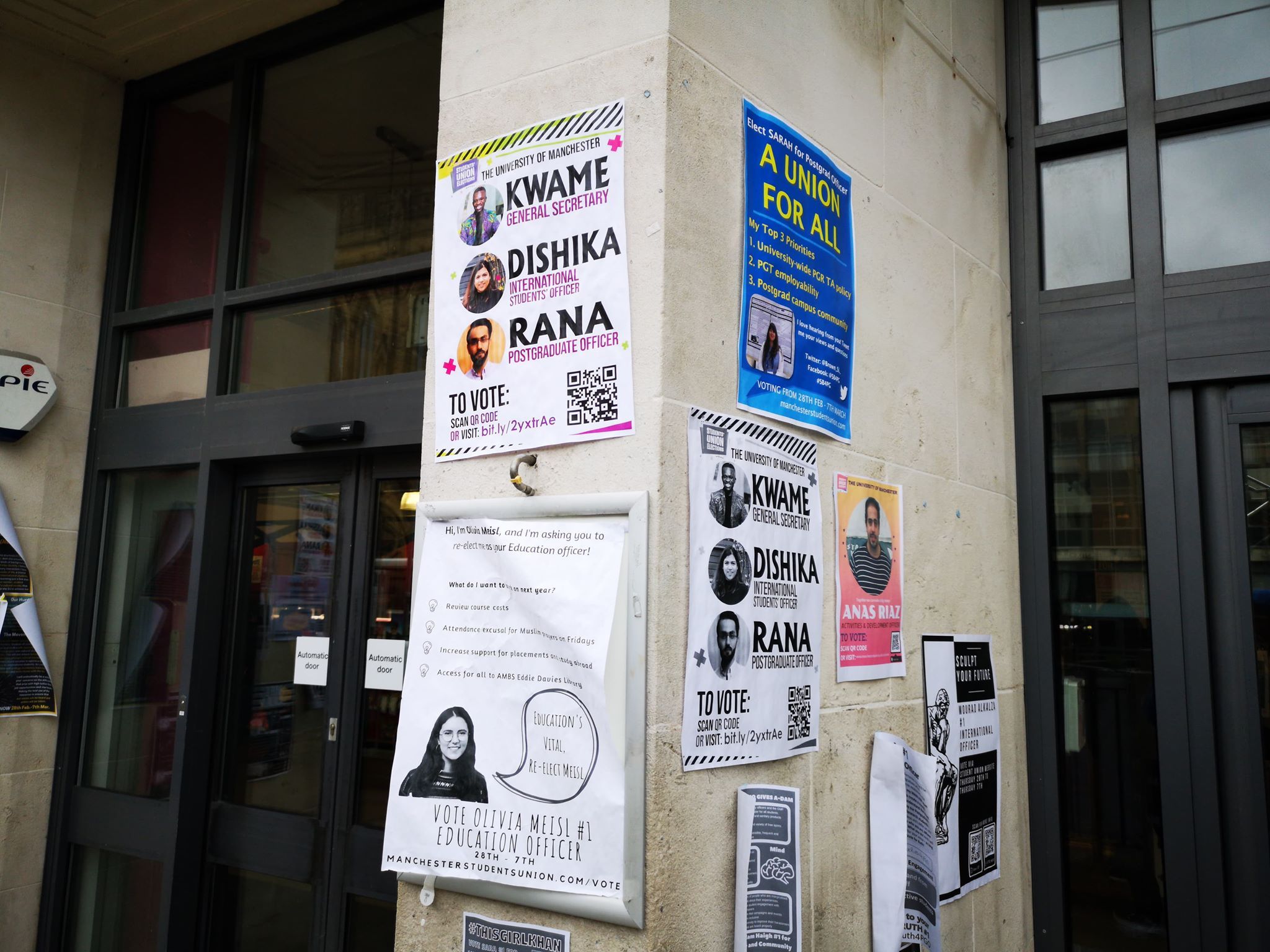 The campaign poster of three of the banned candidates

If you have still not VOTED. Please do vote. Your 5 seconds will mean a lot to us ? voting link: www.manchesterstudentsunion.com/vote

The four candidates are still able to update their social media campaigns and votes for the candidates will still be counted. They have not been disqualified from the election.

The specific nature of the complaints is unknown.

The University of Manchester Students' Union told The Manchester Tab: "The returning officer has been clear that the sanctity of a private ballot is paramount and will take action to ensure this is the case".

In an incident reported last weekend an unknown candidate was allegedly "voting for herself and her friends" on a students' phones after they had logged into the voting system with their University account.

#UoMLove1903Someone just came up to me last night at Ali g. I thought she was trying to ask students like me that did…

An anonymous post made to the UoMlove Facebook page said: "I was so shocked and I didn’t even know who she was. She didn’t even introduce herself to me. It’s so unfair to others if she really wins the election!"

A follow-up post published yesterday claims a complaint was upheld against multiple candidates and they were "severely reprimanded and given a final warning". It is unknown if any of the incidents reported on social media are related to the suspension of candidates from campaigning.

The University of Manchester Students' Union statement reads: "Following a number of complaints about 4 candidates in the Manchester Students’ Union Elections 2019, the independent Returning Officer reviewed the evidence provided and came to the conclusion that these candidates should be banned from further physical campaigning until the close of polling.

"The ban took effect at 12pm on Wednesday 6th March and will end at 5pm on Thursday 7th March.

"The returning officer has been clear that the sanctity of a private ballot is paramount and will take action to ensure this is the case. The candidates are still able to update social media, but not campaign verbally or physically towards voters."