The Times Higher Education World University Rankings 2018 has listed The University of Manchester as 54th on it's list of the top 100 world universities.

The 2018 rankings, which can be found here, places UoM as the eighth best university in the United Kingdom, behind Oxford, Cambridge, the London universities, and Edinburgh.

The rankings were calculated through the judging of five main categories: teaching, research, citations, industry income and international outlook. 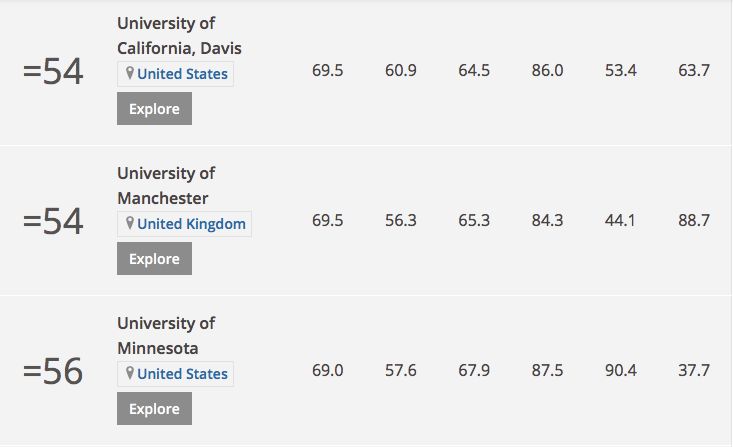 UoM's place in the rankings

It isn't quite clear what these rankings actually mean for students, who have faced significant disruption this year due to strike action in February and March.

UoM were recently forced to disable their Facebook reviews after a flurry of negative reviews which came as a response to how the university handled the UCU strike. Student satisfaction was not taken into account in the rankings process.

In terms of MMU and Salford, neither were placed in the top 100 but both were estimated to have a ranking of between 601 and 800.