What happened to the simpler days when Fallowfield Students' Group (FSG) was literally just a group for buying and selling things, and for showing off what a sesh monster you are by telling everyone that you lost your phone AND your ID in Factory last night? Or, alternatively, a place where people would share stories about weird shit happening in the area, like the Fallowfield phantom shitter or that one time somebody left a pig's head outside Owen's Park. 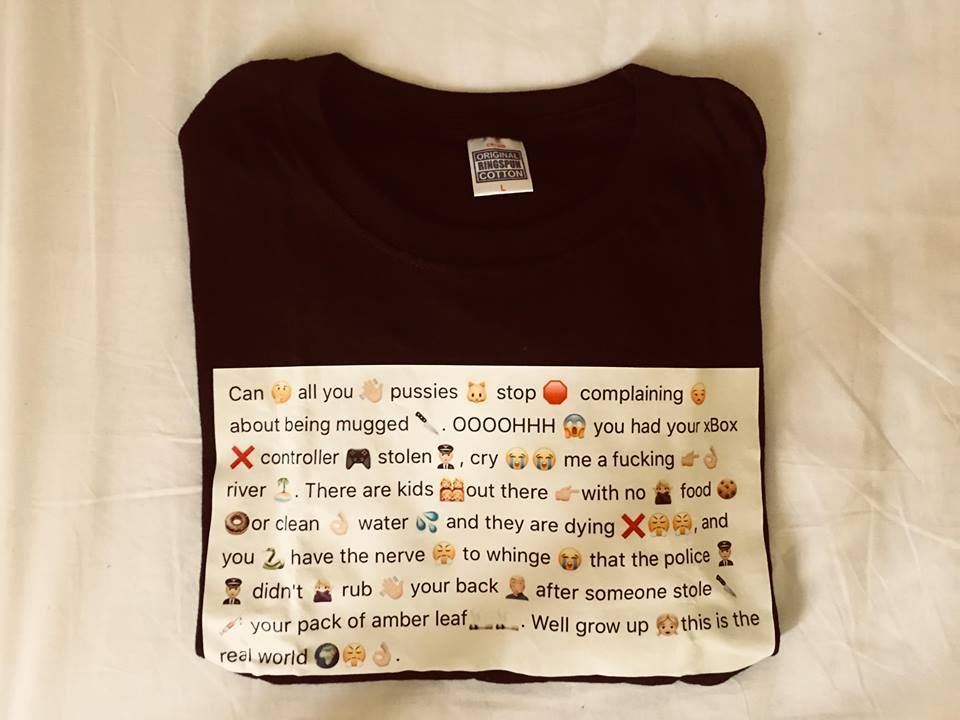 Farris Ramzy, FSG admin wrote "To celebrate the end of exams and the dawn of a new era of shitposting for the group, we are giving away one of these very, very limited edition t-shirts. This designer piece is a guaranteed anti-theft device to keep you safe out there on those increasingly sketchy Fallowfield streets, and not only that, you will also of course receive a free pack of amber leaf thrown in." 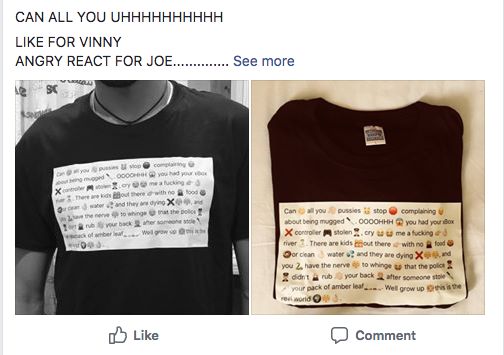 The situation has spiralled and as more people use FSG to voice their opinions or share memes about this, more people are complaining that this alleged "shit-posting" is ruining the group. And apparently now you can proudly display that on your chest, thanks to this new t shirt.