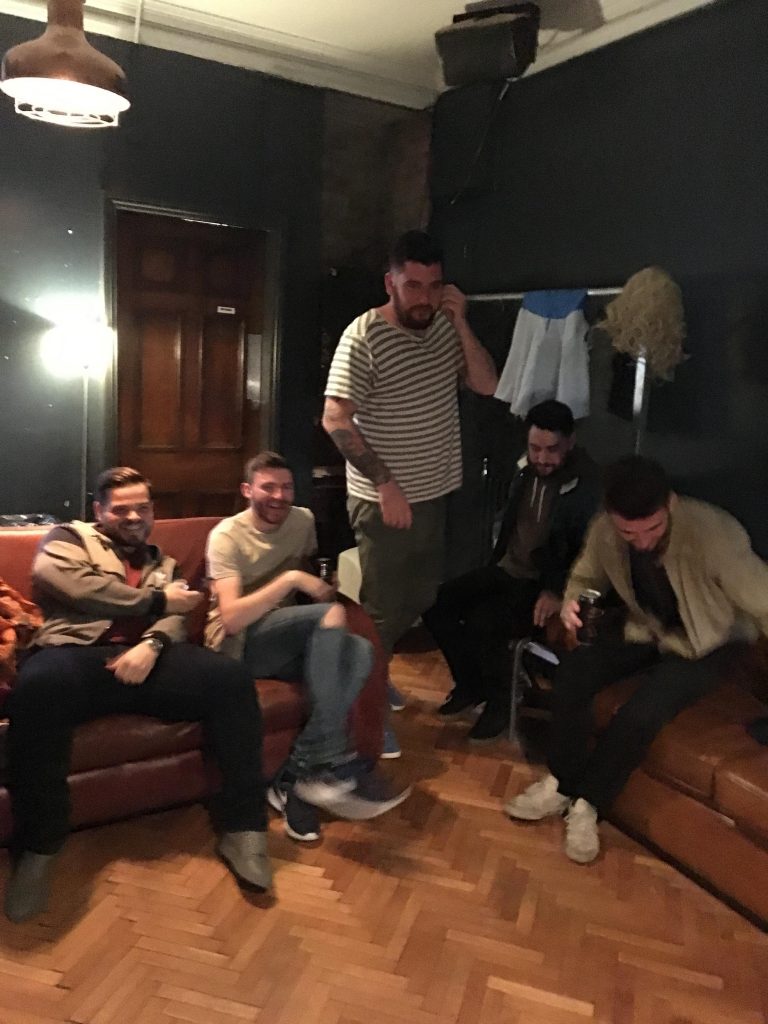 Some of the Bongo team

The interview began and before I’d even finished my first question, a girl named Fiona burst into the green room to announce that she’d snuck into the event pretending to be Lisa Maffia (a member of So Solid Crew). We had to wait for her to do the Snapchat rounds and create a plan for her to meet the So Solid guys. Apparently she comes here all the time. It was a bit of a surprise, but as I learnt later in the night – don’t ever be surprised at Bongo’s Bingo. It’s fucking nuts, anything can happen.

This is what went down when I finally got to sit down (on a soaking wet office chair) in the green room:

Hey, Jonny. Thanks for letting us come back here! How’s it all going?

Yeah great, just waiting for the boys to get back from the shop with booze and fags. 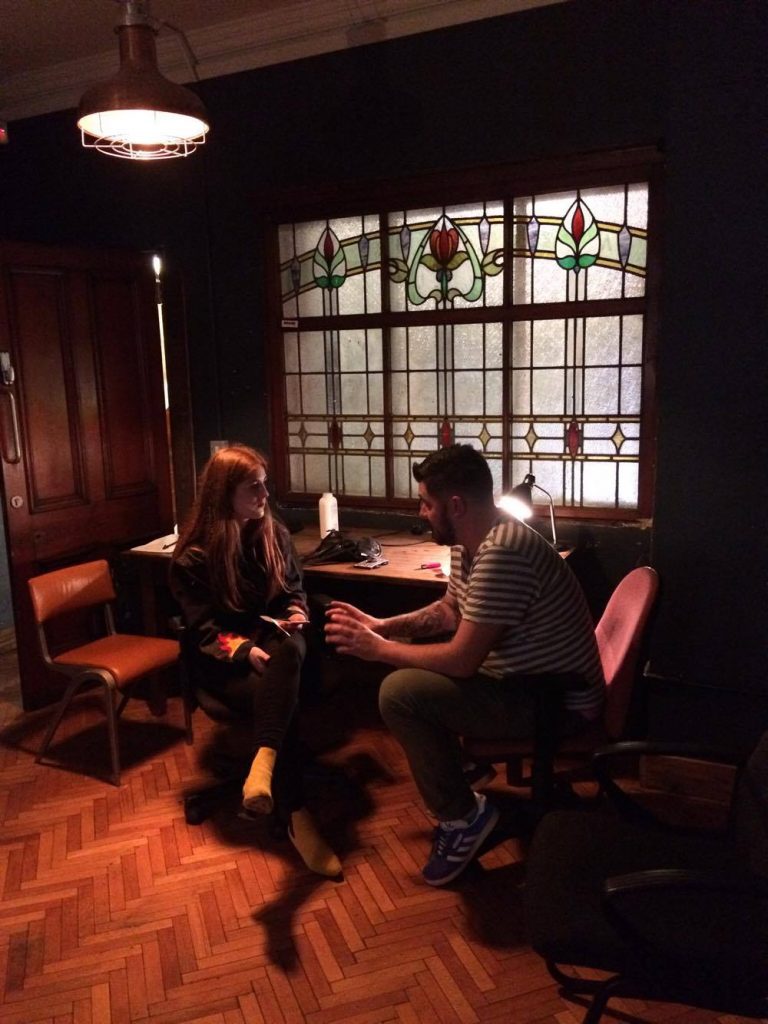 Could you give us an idea of what we’re going to encounter tonight?

One of the main things is that it’s really quite hard to explain. Without sounding cheesy, you’ve got to see it to believe it. It’s different every time. Essentially it is bingo, you will be playing bingo tonight…

A while ago I used to run a pub quiz and it was a mad pub quiz. I had taken something quite boring and made it crazy. If you’ve ever actually been to Gala or Mecca Bingo, it’s actually quite fun.

It all started in Liverpool, right?

It started in Liverpool and we’ve been going for two years now. It’s only in the last year that it started to really snowball. We’re doing eight or nine cities now, we just did Dubai last week and we’re launching Australia in June. 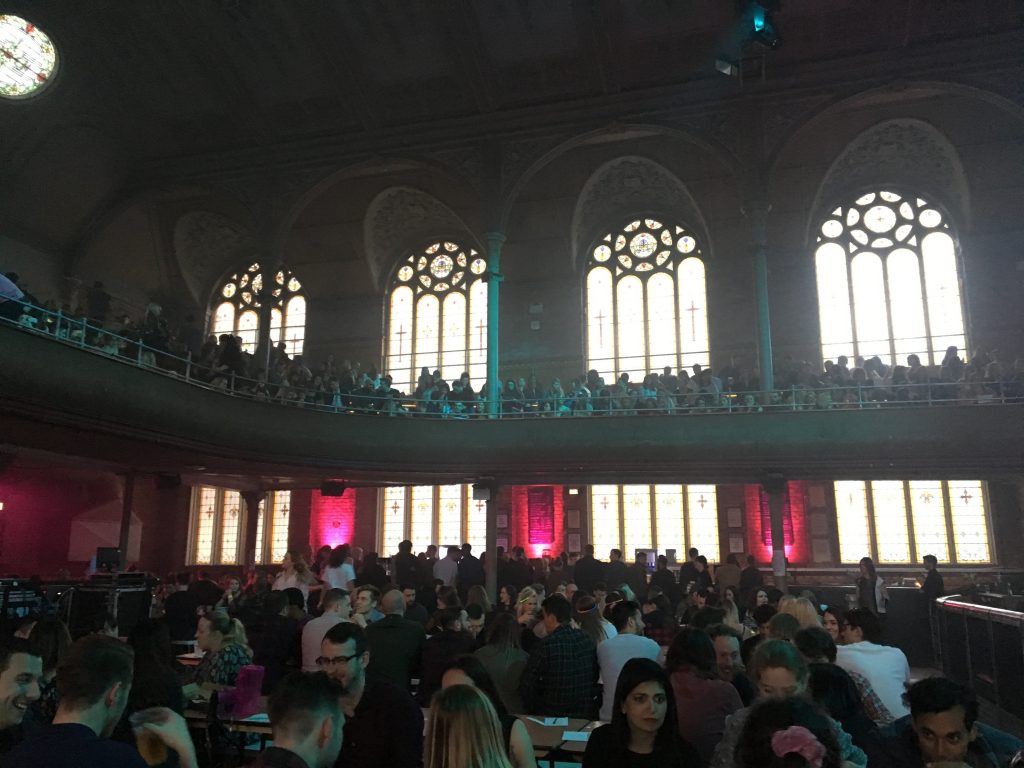 And will that be with the same team travelling around with you?

Pretty much, yeah. The idea is that we can find new hosts out there, because we can’t keep up with it all.

How many shows do you do a week?

I’ll do about four or five shows a week. We’ve got about 13 full time staff working on it.

So, what do you like about being in Manchester?

I think that the venue in Manchester is by far the best. It’s actually an old church. Out of all the venues, the crowd is closest at Albert Hall. You can see the whites of everyone’s eyes which makes it really engaging.

Is So Solid Crew one of the biggest booking you’ve had?

We’ve had loads of big ones… We’ve had Vengaboys, we had Fatman Scoop, we had David Hasselhoff calling numbers once. He was one of the first people who came. S Club, Five, Westlife, Blazin’ Squad, there are loads. But it’s all like nostalgic acts and I think that’s part of the night, you notice that the music is completely eclectic, we’ve got some pretty cheesy, pretty pop heavy stuff. They always just perform at the end. 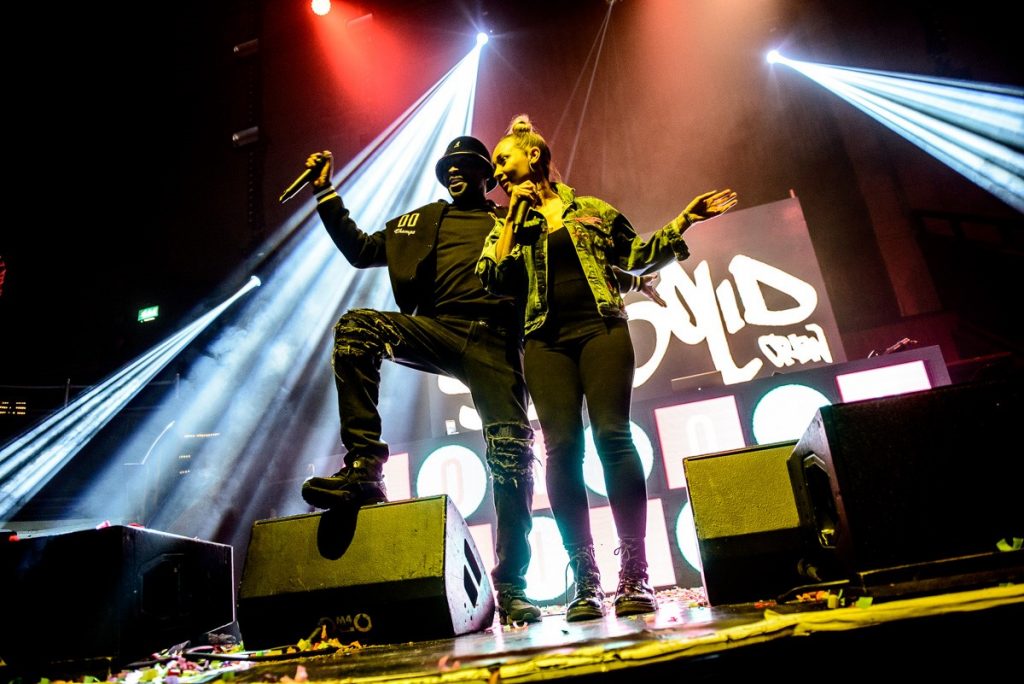 You seem like a pretty normal guy, when you go on stage do you perform a character, or are you just yourself?

Is it all men that perform?

[Speaking to one of the boys] What did you say earlier today? “There’s nothing better than a fresh pair of tights” and then he said, “I can’t believe I’ve just said that” haha. 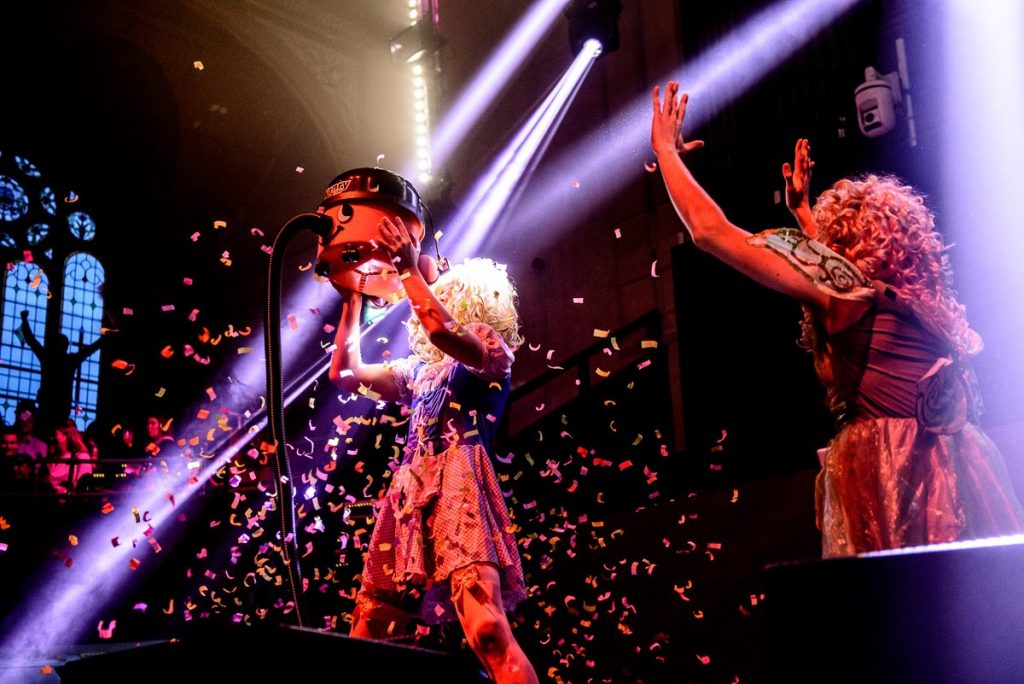 Do you have an rival nights that are trying to compete with you?

We’ve found that small nights will start up and that they’ll just copy what we’re doing. It’s annoying but it’s bound to happen.

What kind of age group are you focussed towards?

Manchester’s a bit different. Manchester I’d say is maybe 18-40. Whereas Liverpool shows now, what started as mostly students, now it’s ridiculous. It’s like an institution there. So you’re talking like 18th birthday one night and a 70th birthday the next night. 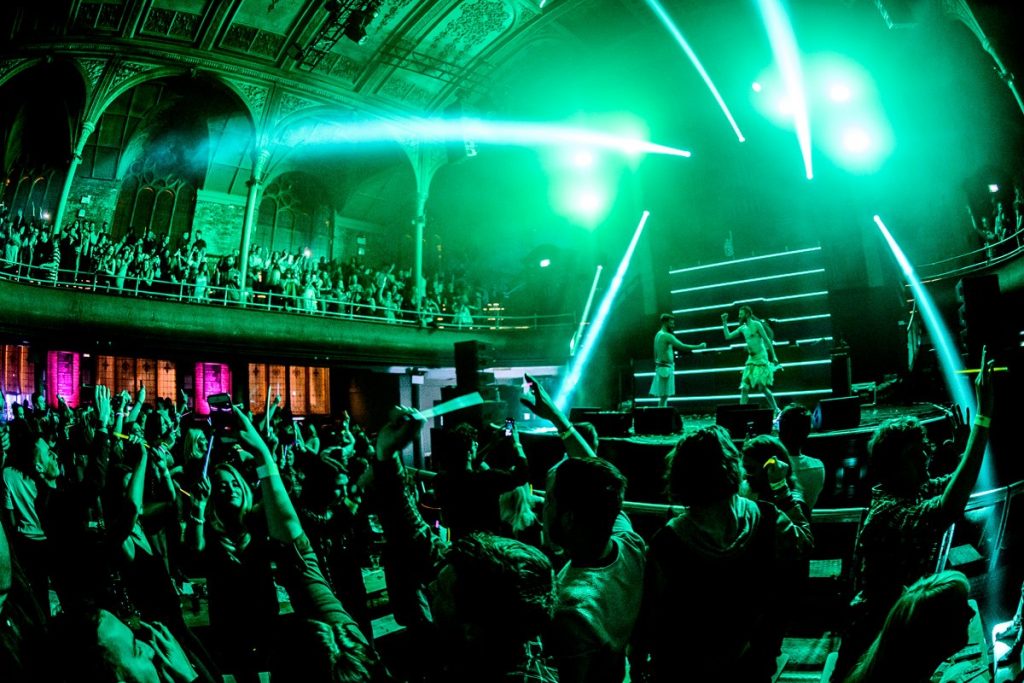 Every city is completely different. We do London as well. Newcastle and Liverpool are quite similar. Manchester’s always been good because people are up for it. I don’t want to do a north-south divide but you find that people are more up for it here.

You see yourself up there and there’s no pretension. It’s just a good laugh. There’s no build up as well, so at 8 o’clock it’ll go off. It finishes about 11.30pm. But like that’s it, there are some nights where it’s up and down constantly, this is just like full-on right from the start.

Great! I’m very excited to see what happens. Thanks for talking to us.

The next guest to be joining the boys at the Albert Hall will be Boyzlife (Brian McFadden and Keith Duffy) on 12 May. It will be the classic Bongo’s Bingo event with a performance from Boyzlife at the end. If you’ve never been before, it’s not something to be missed.