On Saturday we headed down to Piccadilly Gardens for the “Stop the War” Coalition’s protest against the bombing of Syria.

We asked people their reasons for protesting. 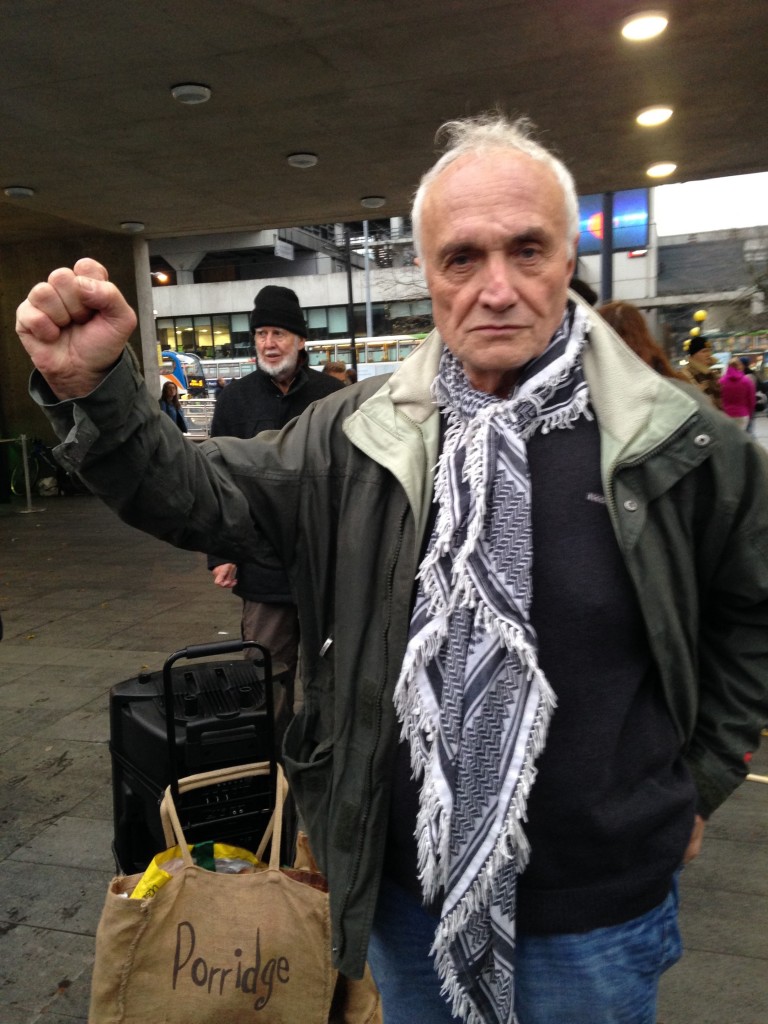 “We are protesting against yet another war in the Middle East. They have made a wasteland out of the intervention in the Iraq War. 450,000 British people died in World War Two, almost one million died in the Iraq War. They created the basis upon which ISIS has grown. What we are saying is: no intervention in the Middle East, governments are there for the oil. We are mobilising for peace. We don’t want a future of endless wars, intervention and carnage. We owe it to the next generation to say ‘no’ to wars.” 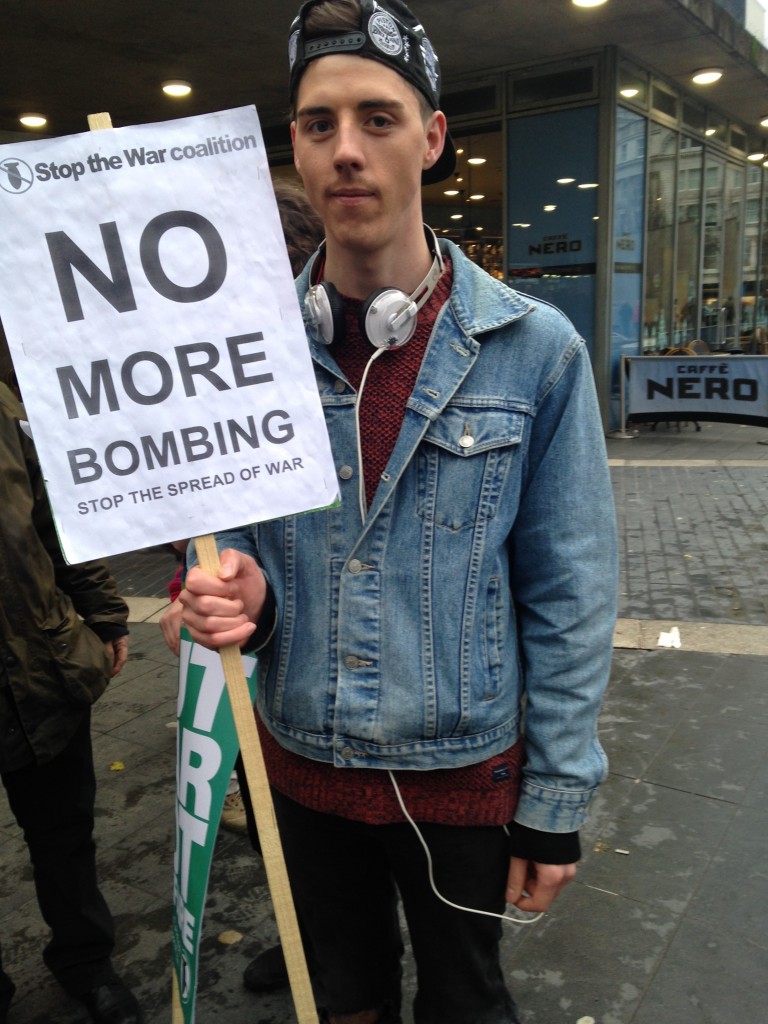 “I’m here to protest the bombing in Syria.” 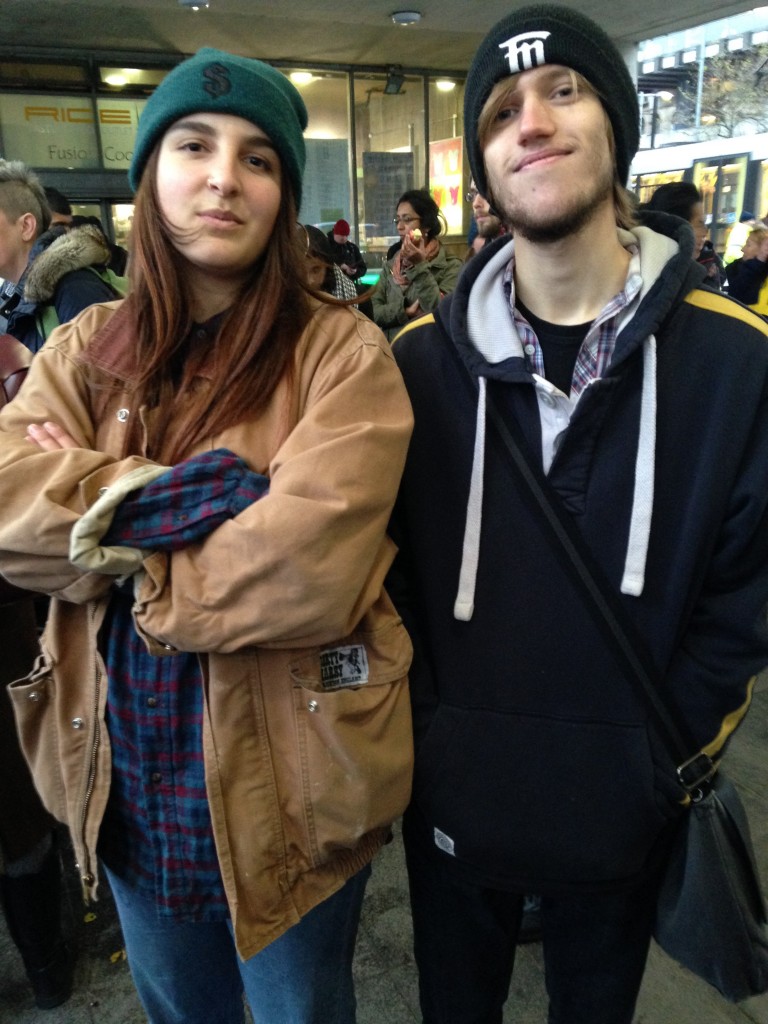 Brad: “To protest against the bombing of Syria.”

Lottie: “It’s just basic humanity isn’t it? The bombing hasn’t done anything. 13 countries are already bombing Syria, we don’t need a 14th. The MPs that voted for it have shares in the arms companies. They are profiting out of civilian death. It’s disgusting.” 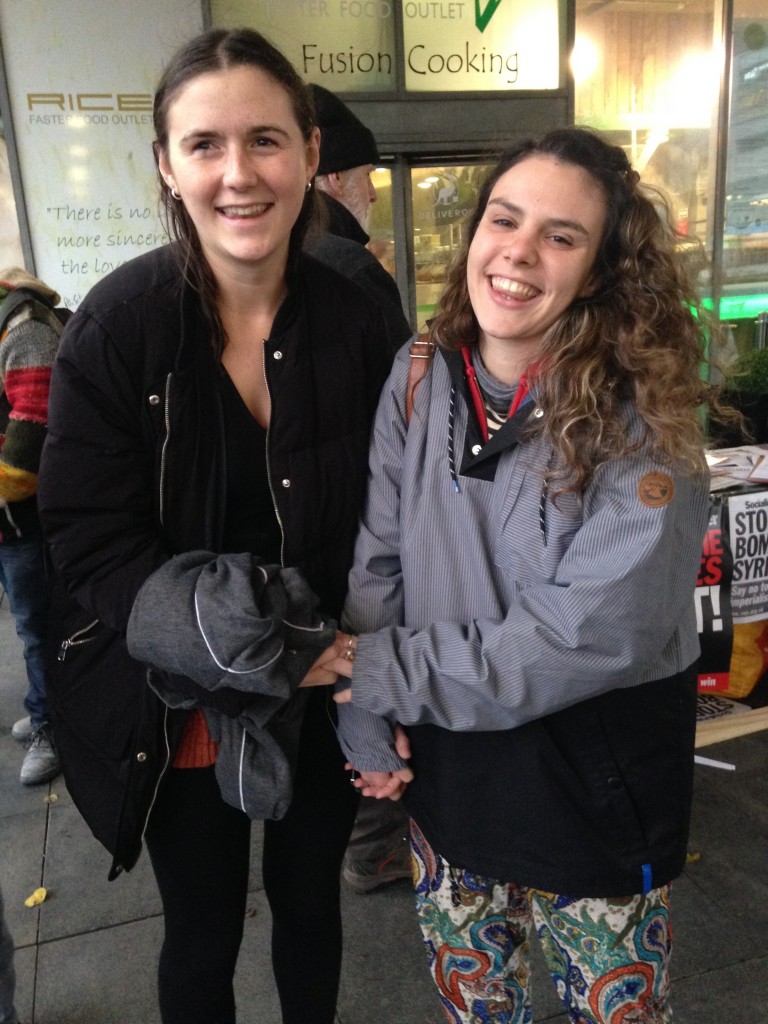 “I don’t believe that bombing Syria is going to help anything, I think it’s going to make it worse. Killing innocent people is never an answer.” 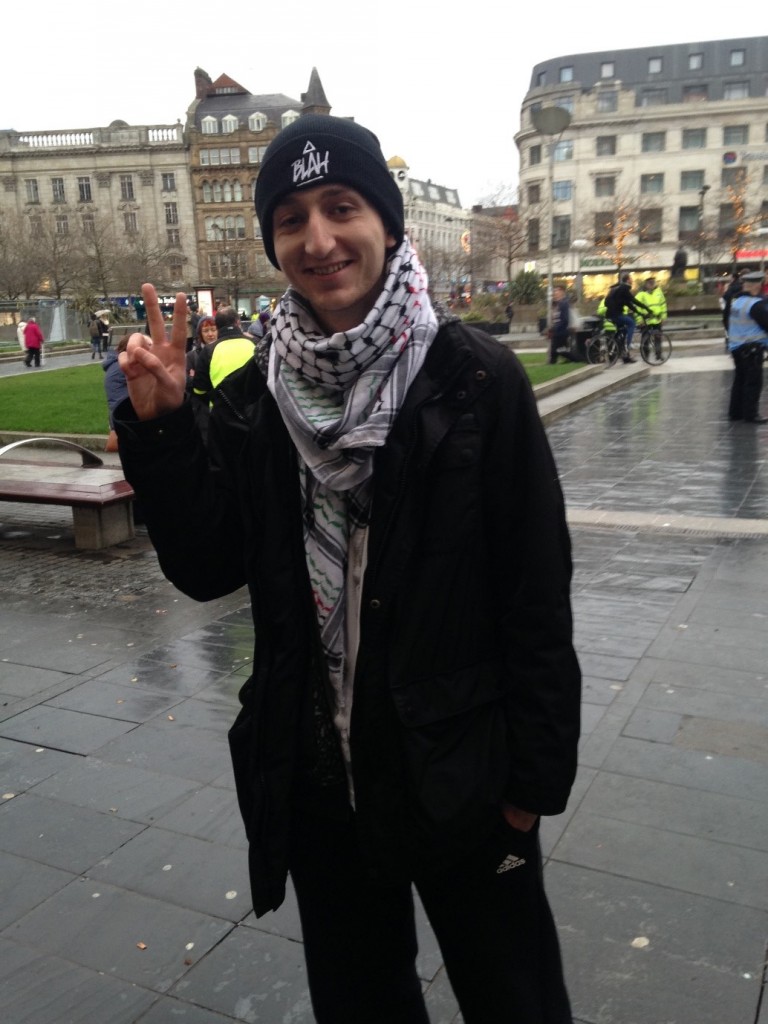 “It is important to voice one’s own concerns about the geopolitical movements happening in our world today. Imagine a group of people have come to your town and have taken over everything and to stand up against them is a death penalty in itself. Now imagine these foreign powers then decide to carpet bomb the city you’re living in, in the hope that they can target the small minority of people who are holding you under control. How would you feel about that? It’s only going to further the war.” 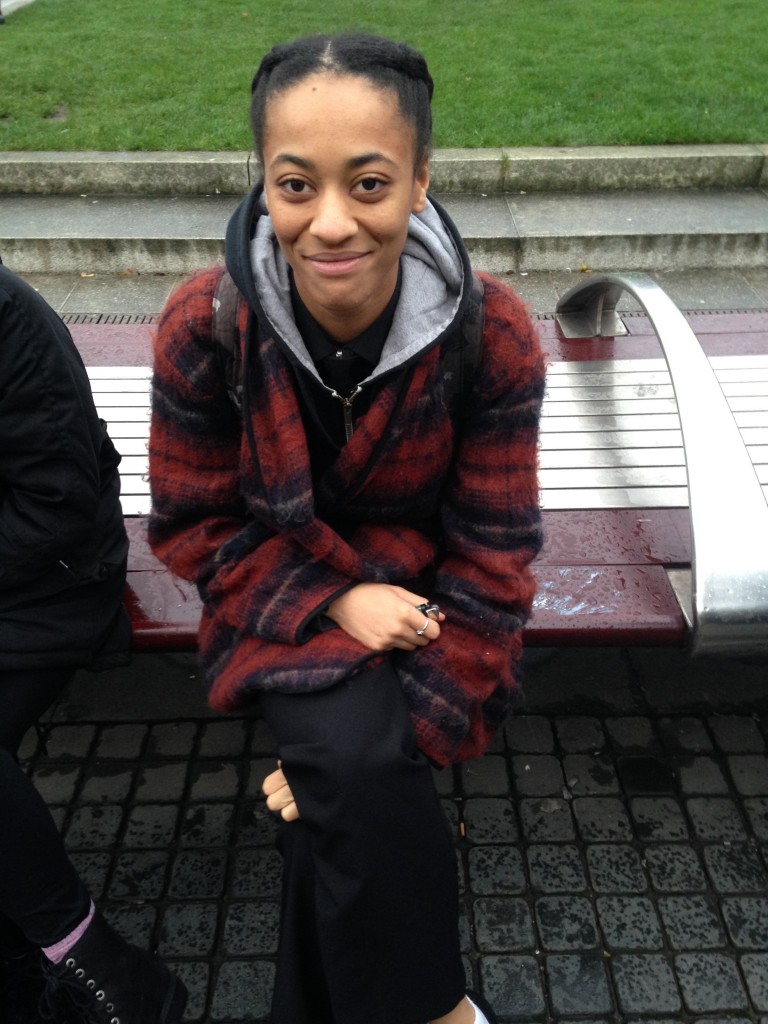 “To bomb Syria is ridiculous. Let’s just point out how ridiculously unbalanced the situation is. America, the UK and the whole of Europe against Syria? It doesn’t really make any sense. We are trying to fight extremism. I’m pretty sure that the war in Afghanistan is what began extremism in the first place. We are just fuelling the fire. People don’t realise that people like us and extremists are fighting for some of the same things: for example fair banking practices. They’re just playing us against each other.” 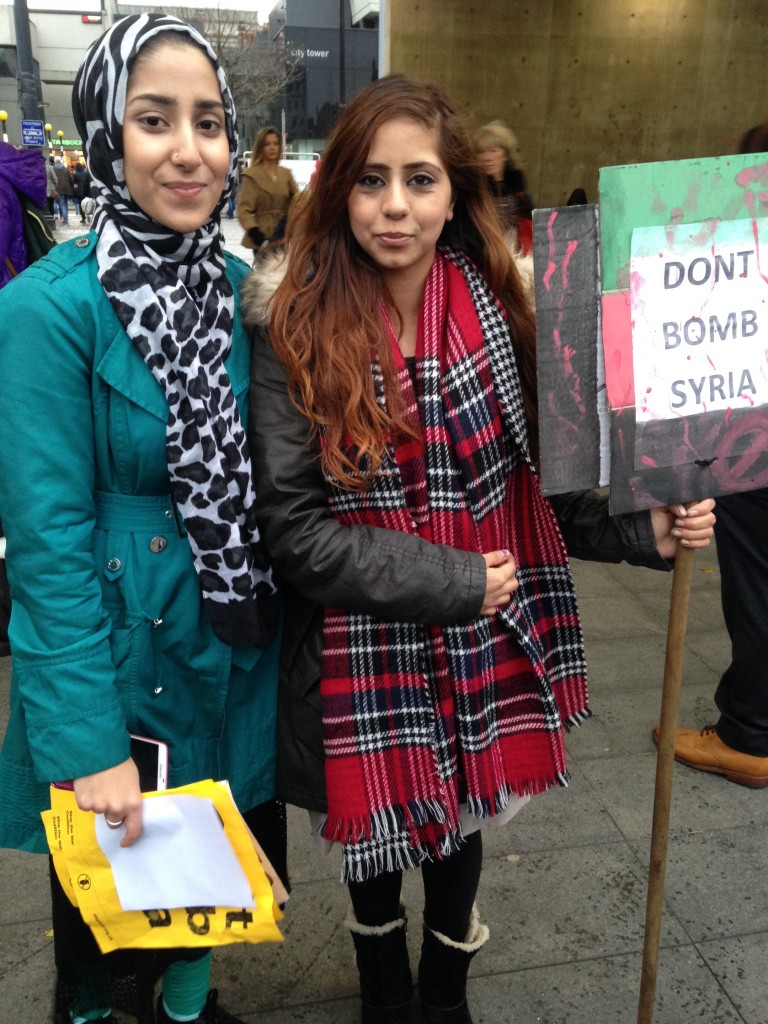 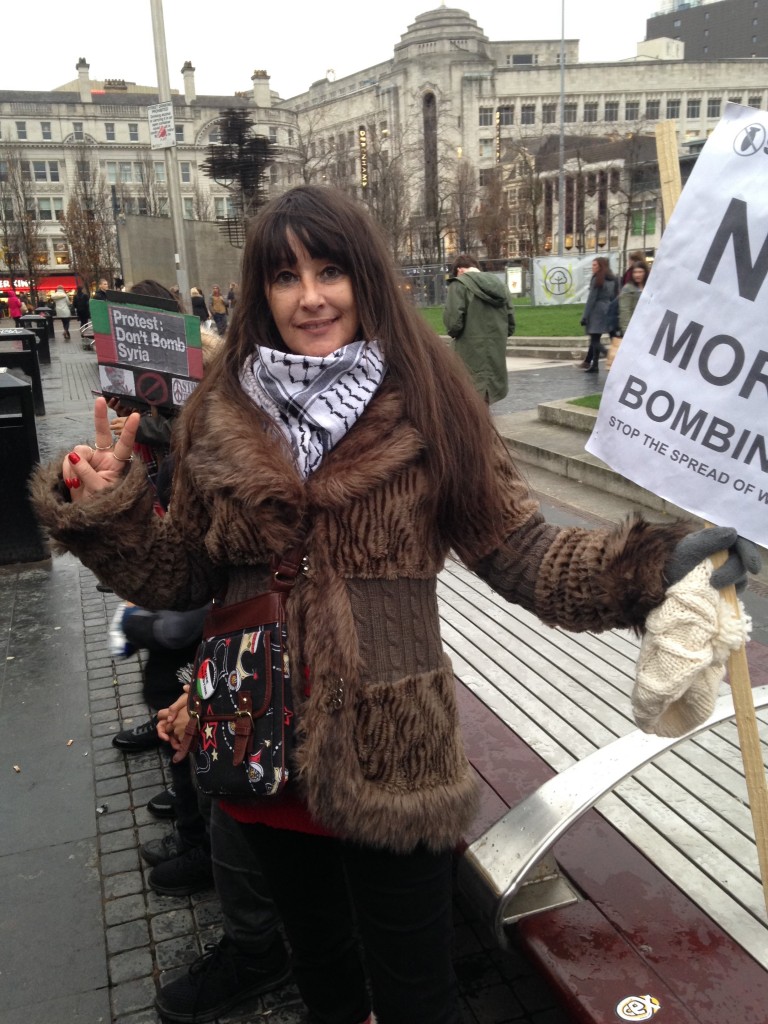 “The thing that really upsets me is the fact that the world seems to believe that only the Western lives count. I believe that all life matters. There is absolutely no group of human beings that is any more or less important. If ISIS bombed here today and murdered one of my own family, I would still not believe that carpet bombing a country is the way to go. The only guarantee is that innocent civilians are going to die. Bombing is not the way forward.”