The Tab guide to thinking for yourself this Freshers’ Week

Why does anyone think this is necessary?

There’s a cottage industry that’s churning out inane crib sheets for incoming students – and making sure they remember to tie their shoelaces and breathe in and out.

You’ve probably seen the lists with titles like “Five top tips to avoid missing mum during Freshers”, and “How to be yourself at university”. 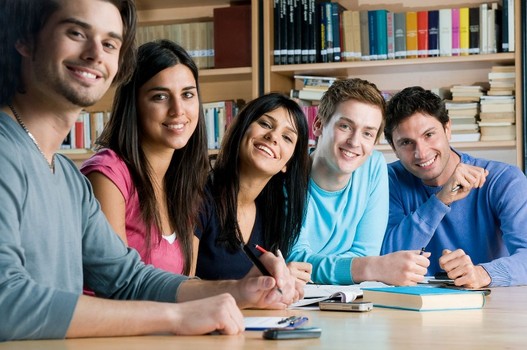 The grinding ubiquity of unay as a middle-class rite of passage has given a load of beige nobodies the excuse to dispense advice that’s as unnecessary as it is dull.

From the Guardian to the NUS, people are falling over each other in a race to point out that bears shit in woods.

Or that it’s OK if bears don’t want to get drunk before they shit in the woods, because the woods offer plenty of opportunities for sober bears to shit too.

What’s clear is that this self-anointed commentariat of wide-eyed bloggers, union hacks and fortysomething ad-men are horrendously out-of-touch with what it means to be a student, or functioning human being.

Groundbreaking revelations from the Telegraph include that it’s quite handy to have your phone charged before you go out, and the provocative claim that eating before a night on the lash is a good idea. 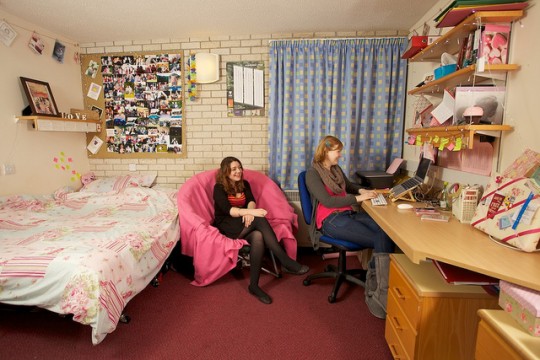 Another of their hidden gems for nervous undergrads is “opening a bank account”, just in case anyone was planning to follow their nan’s lead in collecting their loan from the Post Office in fivers and putting it under a mattress.

Meanwhile at Guardian Students, loose cannon Frankie Wildish of Bournemouth University lets us in on the secret that turned him into the Van Wilder of the south coast – “making the effort to speak to people first”.

Breaking the ice is easy, of course, when you can do your flatmates the public service of letting them know that the banter bus “is not a real bus”, which is one of the Guardian’s eight essential factoids for first year.

One stop too far on that banter bus

It’s not only unbelievably condescending, but it’s desperately, violently unfunny too.

This is not just dreadful, barrel-scraping writing, but it is writing that betrays a totally misplaced and incredibly boring sense of superiority.

Flavourless anecdotes half-remembered from 2006 and gloopy self-deprecation cannot mask the fact that students are spoken at, not for, by people who think they’re idiots.

Take our elected saviours at the NUS, who offer a more unconventional set of top tips that suggest using a cookbook for recipes, socialising with the people you end up in halls with, and washing your hands.

This from the same people who’d have us also believe that we’re a seven-million-strong revolutionary movement with the means and political clout to bring the government to its knees.

Why does anyone think this is necessary? Are we really that stupid?

“Uni” is fetishised as a rite of passage from pasty-faced insignificance to glorious adulthood, but the contradiction of this woolly mess of non-information is that students are painted as being unable to do anything whatsoever.

Is it any wonder that apathy is so pervasive when we’re relentlessly patronised from every possible angle?

Nobody is stupid enough to buy into the myth that it’s mandatory for everyone’s Freshers’ Week to consist solely of strangers from opposite ends of the country covering each other in box wine and soundtracking their public sex with Sean Paul. 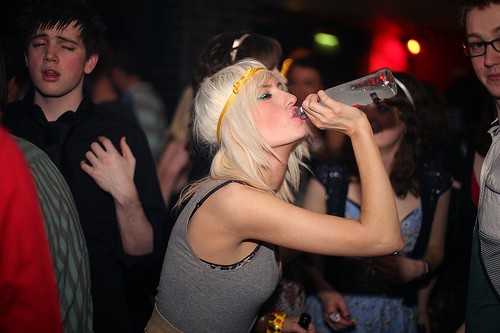 It’s alright guys, it doesn’t have to be this way!

No matter how many meaningless listicles waste bandwidth by saying otherwise, freshers are perfectly capable of making their own choices, judgements and mistakes.

Basic, everyday tasks were achievable before national papers started enlisting laptop journalists to address other students with a voice somewhere between a desperately matey Head Girl and a risk assessment.

People who don’t drink don’t need a blogger from the Telegraph Students to tell them that they can go bowling instead. 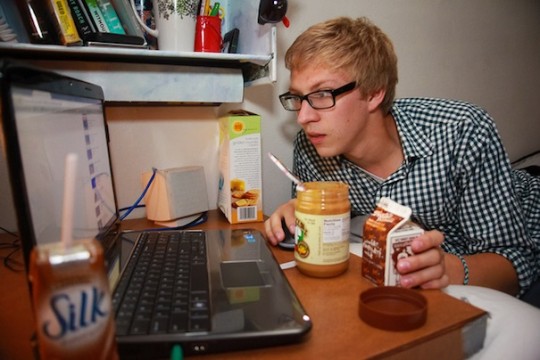 Got a new thesaurus to write my HuffPo blog

Though it might surprise people whose perception of campus life is gleaned entirely from episodes of The Young Ones and SU sub-committee meetings, if you’ve managed to fill out a UCAS form, you probably don’t need an instruction manual for fun.

Regardless of whether its tone is caustically hip or bland and insipid, a list of Freshers’ tips ends up encouraging its reader to be most disingenuous person they can.

VICE implore us to ride the wave of the cool kids’ ‘Bacchanalian fuckfest’ and bullshit about k-holes and vinyl. Guardian Students say giving your flatmates cookies will make them like you.

Be as passive as possible. Do what everyone else wants you to. Be a fucking loser. It makes no difference whether you embed this lame sentiment with fuzzy niceties or complaints about how bad the MDMA is in Putney – it’s still really lame.

This dreary shite is in no way authentic, but a conduit for the vapid self-interest of people who deal entirely in cliché.

The best advice for Freshers is to do whatever it is you feel like doing. And not to read Guardian Students.