We spoke to the Languages chat about *that* singing voice note

The languages chat is poppin’ thanks to one legend

One particular student's singing talent has gone viral because of a strange voice note he sent to the languages group chat. We say strange, but it's actually iconic.

In the voice note, a now famous Liverpool student sings the iconic school hymn about fruit for about 30 seconds. It is, and I cannot stress this enough, quite bizarre.

A guy on my course really just sent this in the languages group chat with 100+ people in it, at 9am with no explanation pic.twitter.com/k3wbNlgAea

The guy who sent the voice note is Ciaran, who is a big bloke: 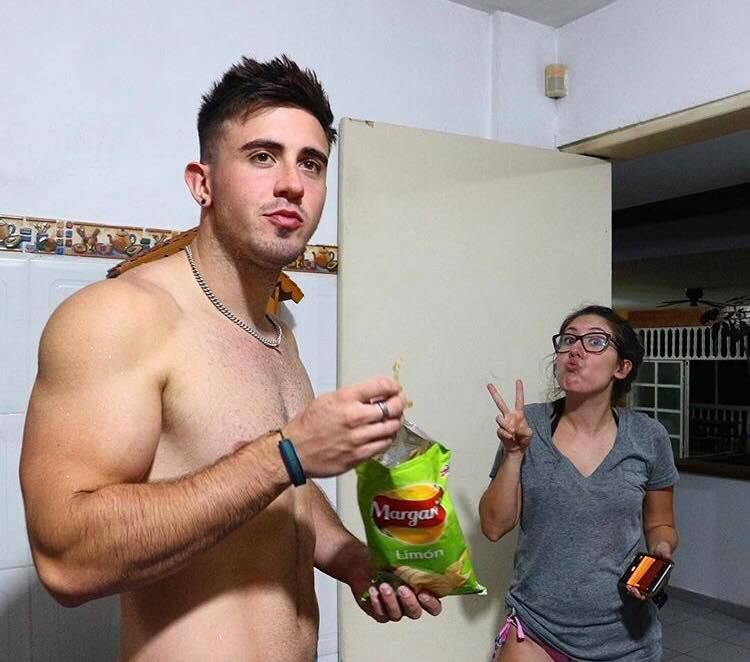 The Liverpool Tab reached out to Ciaran for his side of the story, but he hasn't got back to us yet. In the meantime, we contacted the girl behind the viral tweet, Ciara, and asked her whether the languages chat was always so bizarre:

Do you know the guy who sent the voice message in well?

Well I know him from one of my classes, and I didn't expect it to go that viral, but I just posted it because of how random it was that he sent that! And it made me laugh.

Is the languages group chat usually that random?

No it's usually just people talking about something to do with uni or courses so that's why it was funny he sent it in there.

More like what veg is involved in that masterpiece, amirite?

We also managed to get hold of Joe – the guy in the chat who questioned what "drugs were involved in the masterpiece". The guy behind the voice note sounds like a lad with a good bit of banter.

Joe, tell us what you know about the music maestro

He was in my Spanish class in my first year of uni. He's just really good craic on a night out. I was in the car with my family when I first heard it.

We all sat there confused because we had no idea why he was serenading 100+ people at 9am with a hymn about vegetables. The whole group chat still doesn't know what's going on.

Why was the group chat made in the first place?

The group chat was made for us to get to know each other in first year, now we normally use it to get together for nights out and for people to help each other with assignments, but it's never as random as this. The group chat is definitely a lot more craic since this happened.

Do you anticipate more craic like this going into your second year?

To be honest I'm waiting on Ciaran to drop his next hit single! Maybe a Christmas album could be on its way to give Mr Bublé some competition!

We sure would buy it! Any final comments?

I guess all I can say is be careful what you send when you're hammered at 9am to your uni chat!

That's one way to describe it…

Finally, we got hold of Josh – the other lad who replied to the "psychedelic af" voice note.

Tell us what you know about the legend, Josh

The funny thing is that I barely know Ciaran really. There's people that do multiple languages in this group chat. But what a way to make a name for yourself amongst your coursemates!

What was your reaction to the voice note?

When I first heard it, I was just lost for words. I knew the song from back in primary school and of course it's an absolute bop. What got me most was the clicking along with the singing, it really brings the whole rendition together.

Why do you think it went viral?

I guess it went viral because it's nostalgic for so many people and they can relate to it. The fact that it was in a group chat with no context or explanation just makes it all the more hilarious.