In photos: Reclaim the Night protest across Liverpool

Hundreds walked through the city centre in protest on Friday night

On Friday night, from 7.30pm, hundreds of women marched for Recaim the Night Liverpool. The march began at the Town Hall and went through Liverpool city centre to protest against violence against women. The march was joined by male allies at the Bombed out Church and ended at the Guild where there was after party which included speakers, live music and poetry.

Reclaim the Night explain why they march on their Facebook event page:

“Reclaim The Night Liverpool’s fifth march takes place this year but RTN, a movement which campaigns for an end to street harassment and sexual / gender-based violence, boasts a much longer legacy. Originating in Leeds UK, in November 1977, Reclaim The Night was inspired by a series of marches called ‘Take Back The Night’ coordinated by women in Germany the same year.

“The marches were also a result of public outrage in response to the police and press reaction to the serial sexual attacks and murders of women in Leeds by Peter Sutcliffe, dubbed the ‘Yorkshire Ripper’, between 1975 and 1980. The police response was to tell women not to go out at night, effectively putting them under curfew. Were women expected to stay indoors for the duration of Sutcliffe’s evasion, which lasted 5 years?

“Policing victims rather than predators sounds archaic, right? We think so too. But sadly 40 years on – victims of sexual assault are so often met with the same victim-blaming, shaming and lack of compassion from the media, the public and the institutions that are meant to protect them. In our beautiful city of Liverpool, where injustice is fought against so tirelessly and always has been, how can we stand back and allow this to happen.” 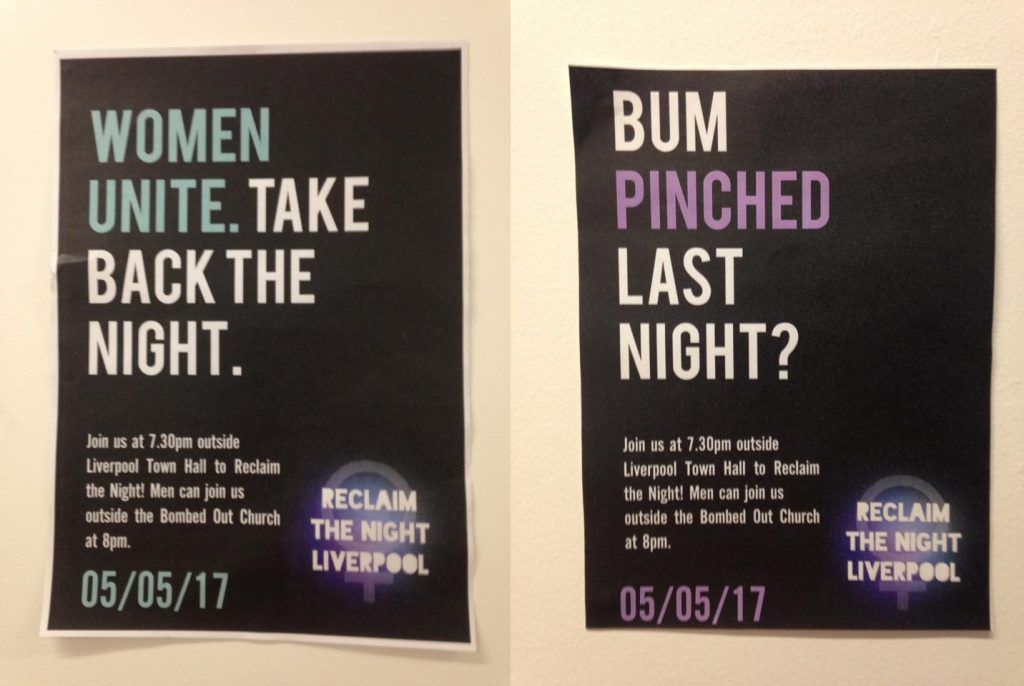 Kate Menear, RTN Liverpool Communications officer, says of the march: “Awareness is just the start. Reclaim The Night isn’t going to ‘fix’ street harassment, victim blaming or the patriarchy in a day but this won’t stop us empowering all survivors of violence to be liberated, even if they can’t do it themselves. To stand up, shout back and say NO to oppression. Alone we are mighty but together we’re stronger.”

“Reclaim The Night calls for survivors of gender-based violence to walk the streets at night free from sexual violence, street harassment and assault. Free from victim-blaming, free to wear whatever they want and still be safe in the knowledge that her body is her property, not public property. Because it is a right, a right that we are so often punished for exercising or denied altogether.” 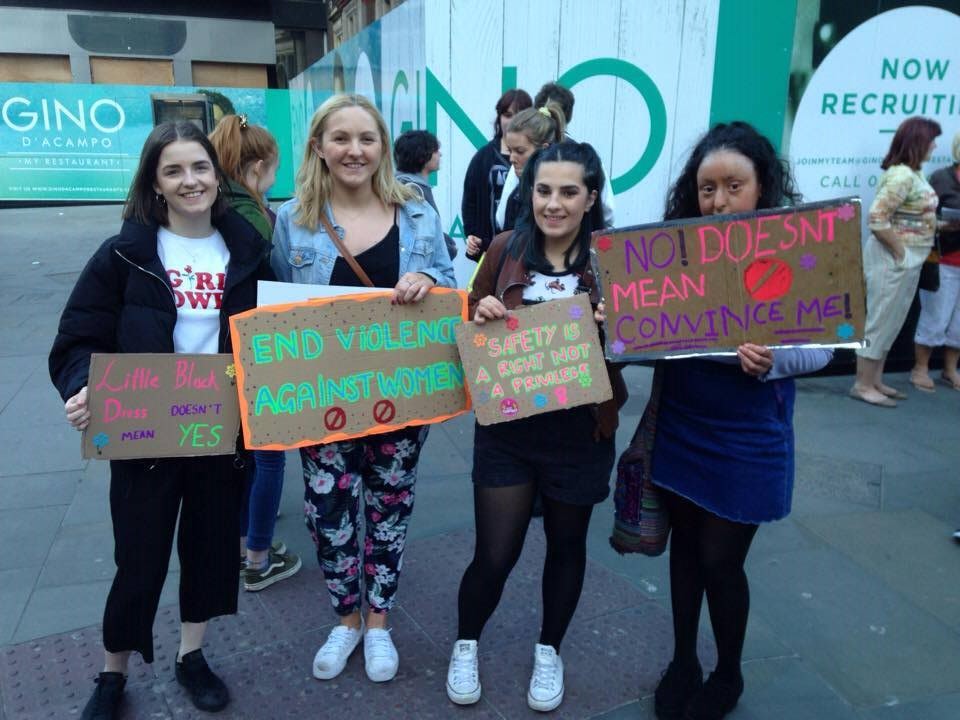 Yasmin Gasimova, one of the Guild’s student officers helped lead the march as a steward and led chants. Feminist Society also attended the march, after holding a banner making session the day before, a committee member told the Tab:

“The march was incredibly uplifting and it was great to see members of the public stopping and looking, especially those who joined in our chants and cheered us on. Unfortunately there’s always some idiots who have to spoil it as the march did receive some abusive shouts and gestures. I was saddenned to see some mens’ immediate negative reception at the sight of a women’s march, without even stopping to listen to the cause. It didn’t put me off though, it just made me shout louder.” 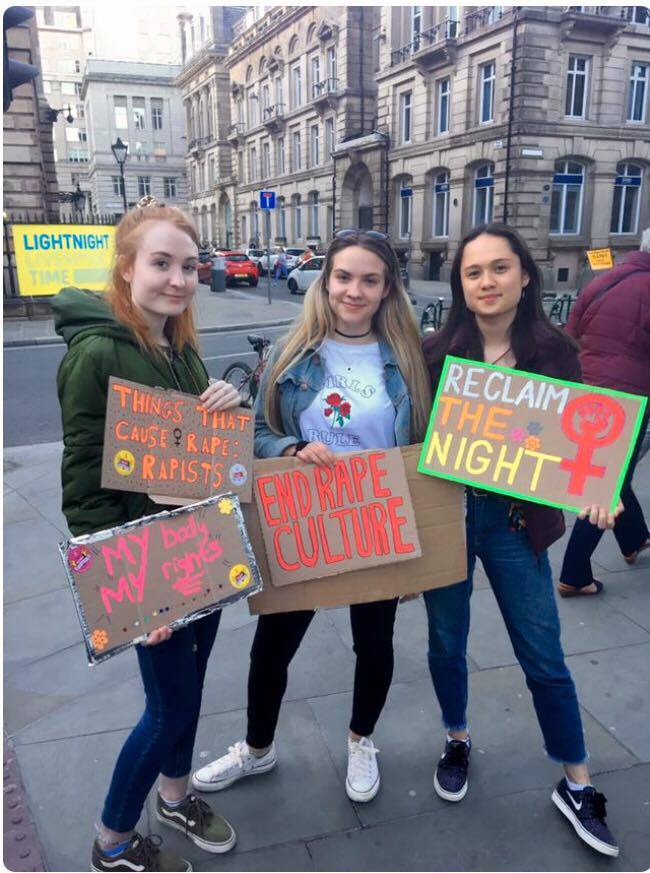 Pictures below credited to Liam Joelson. 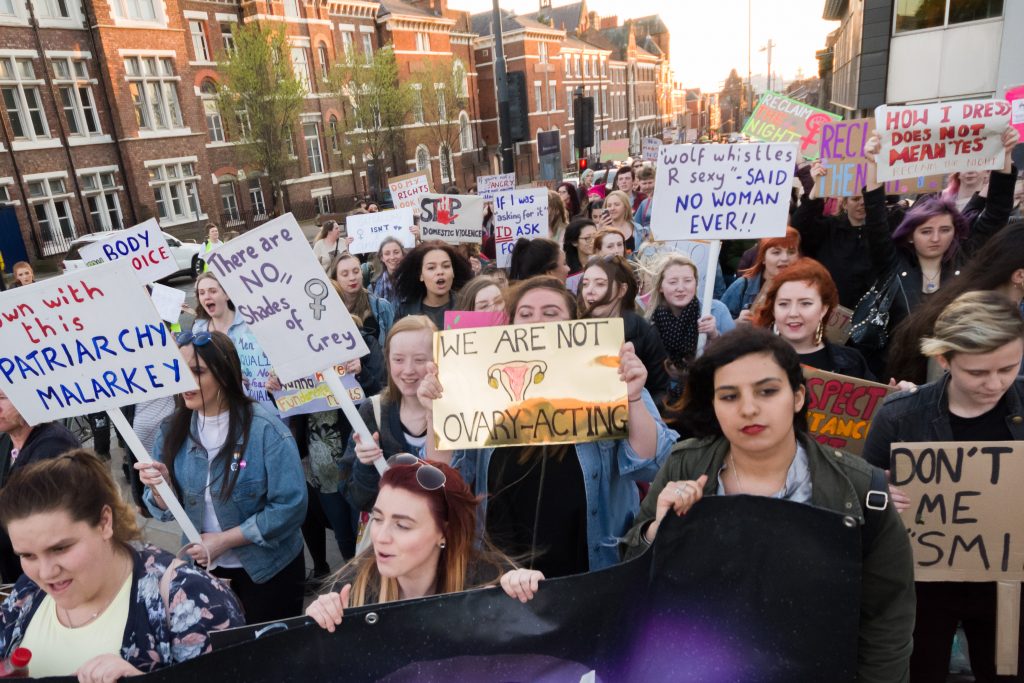 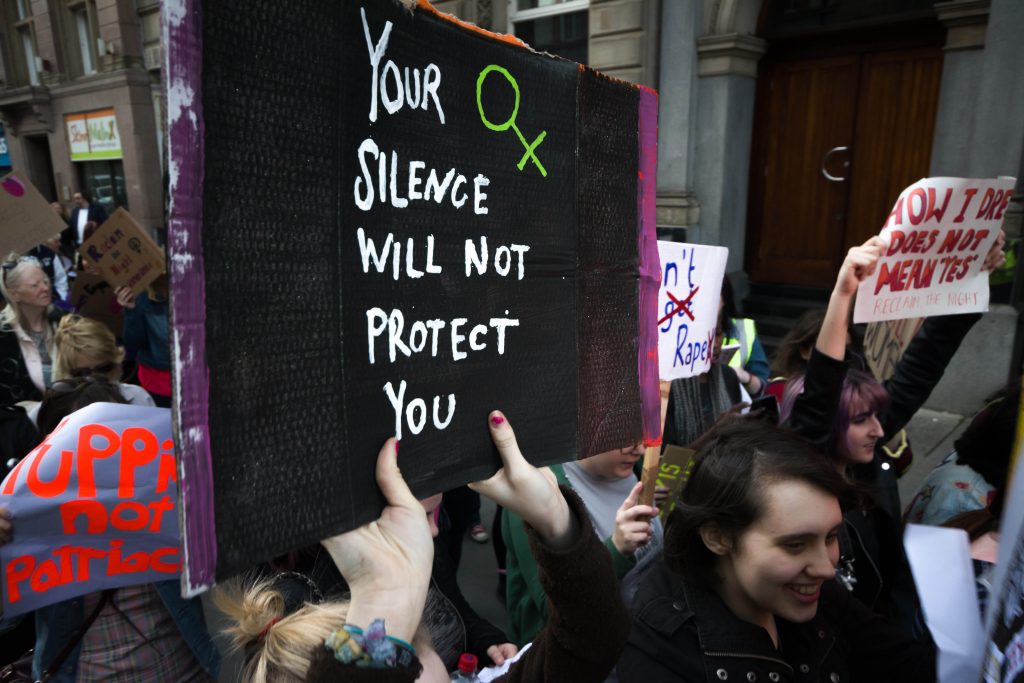 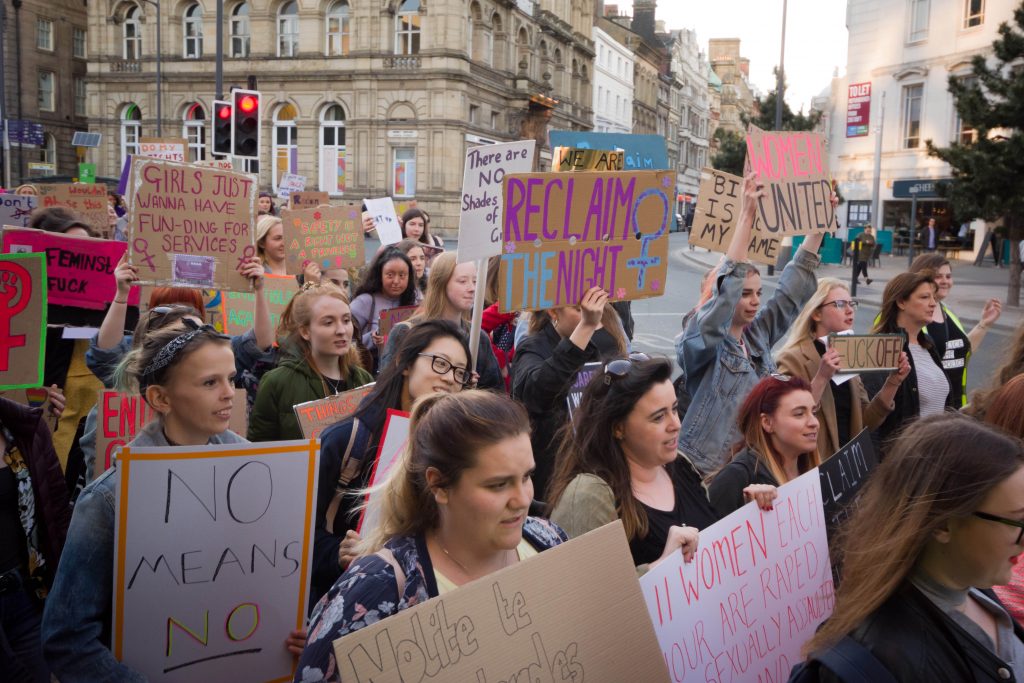 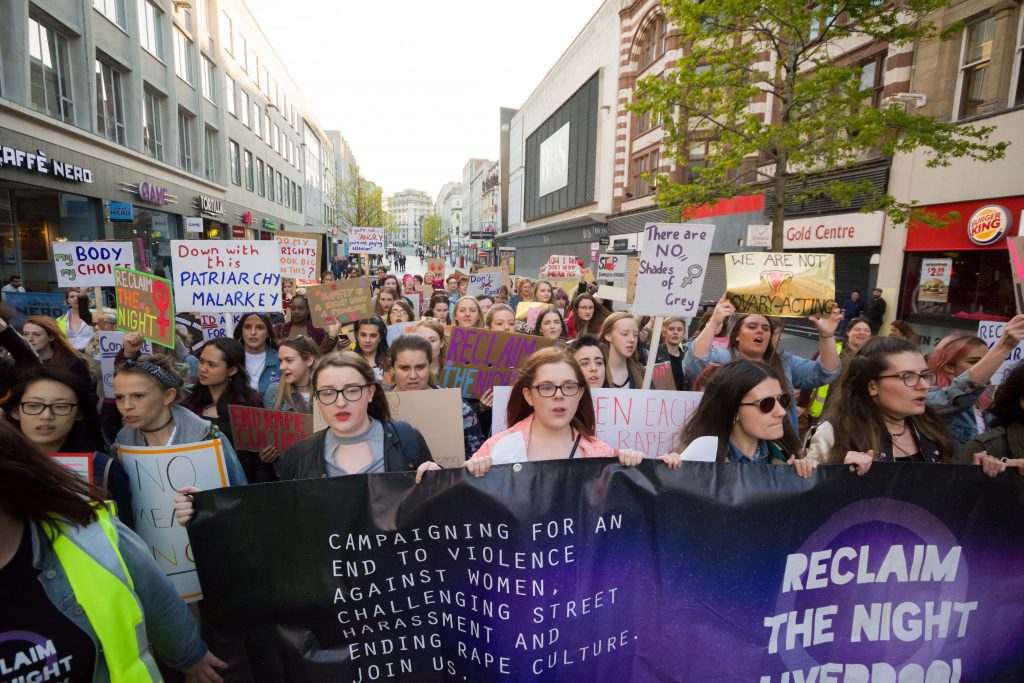 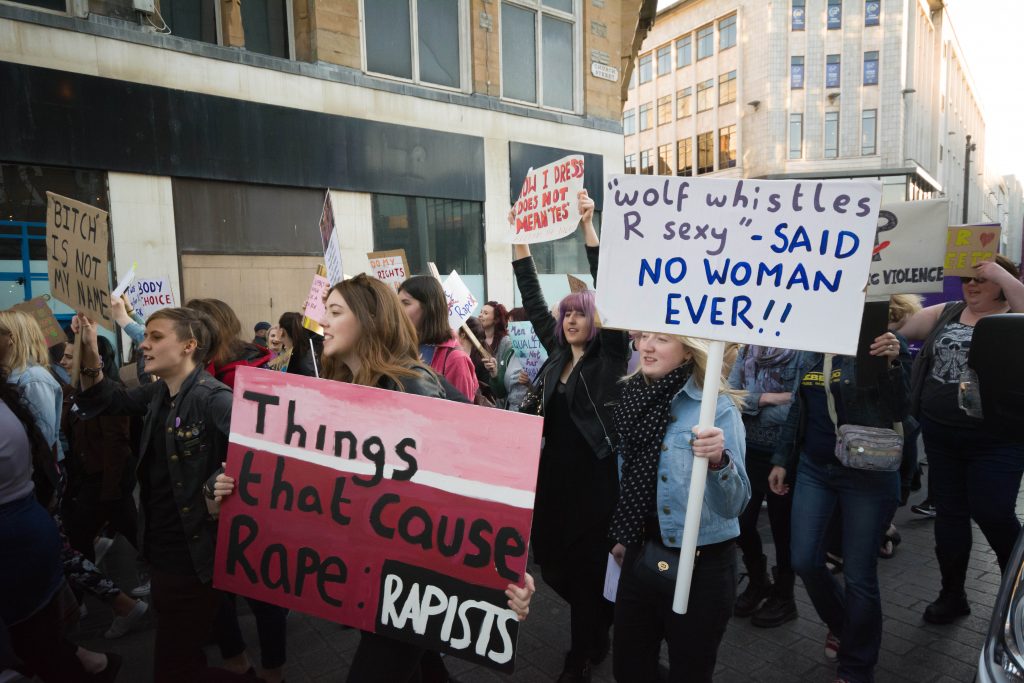 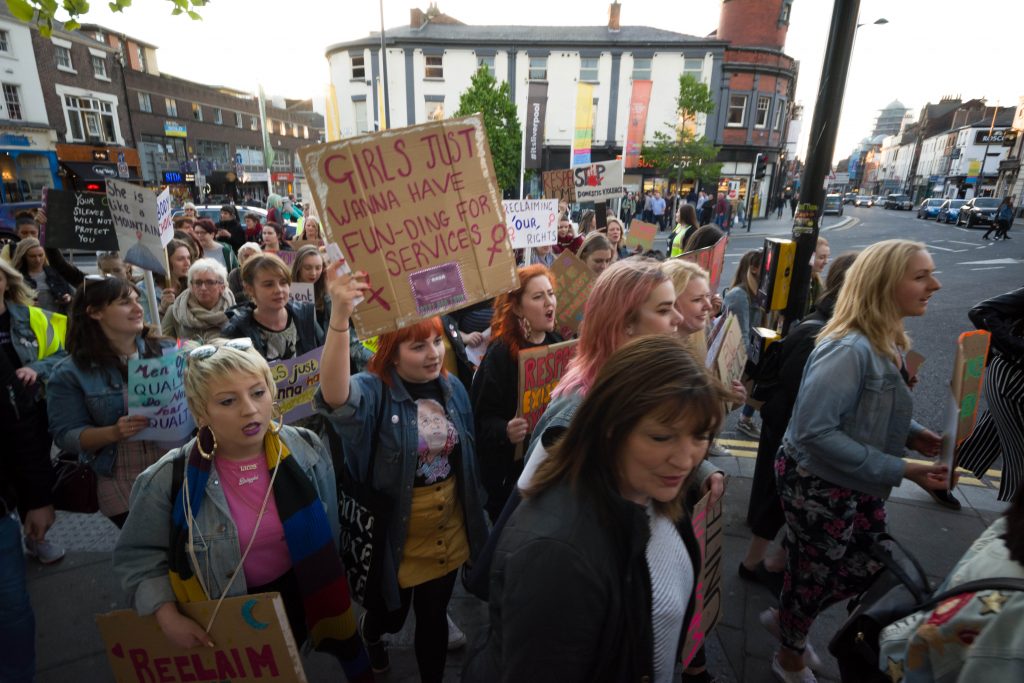 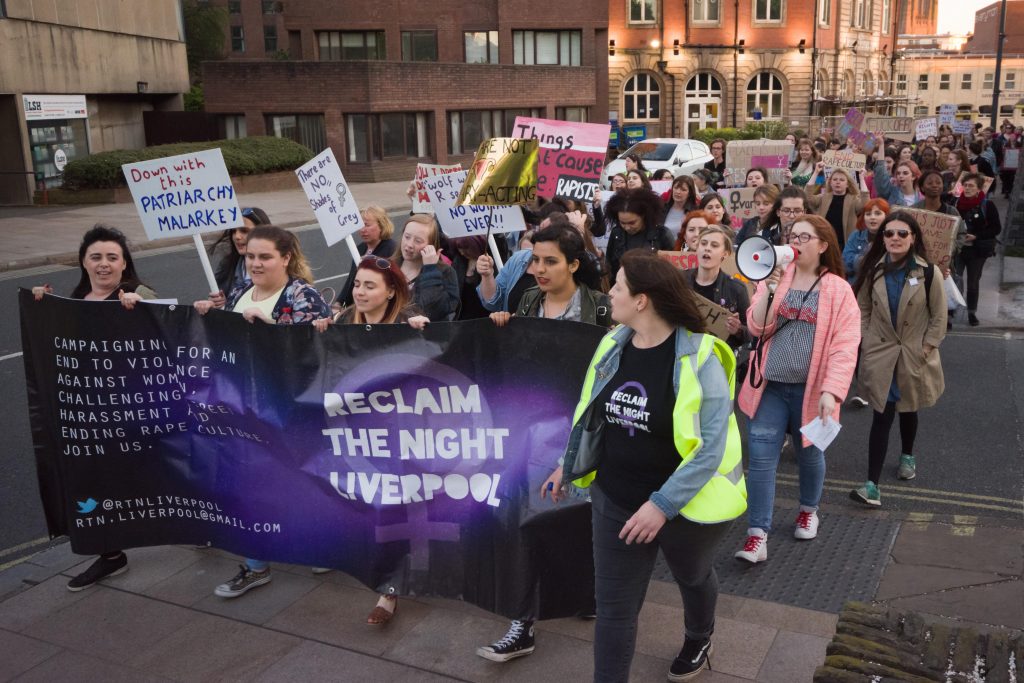 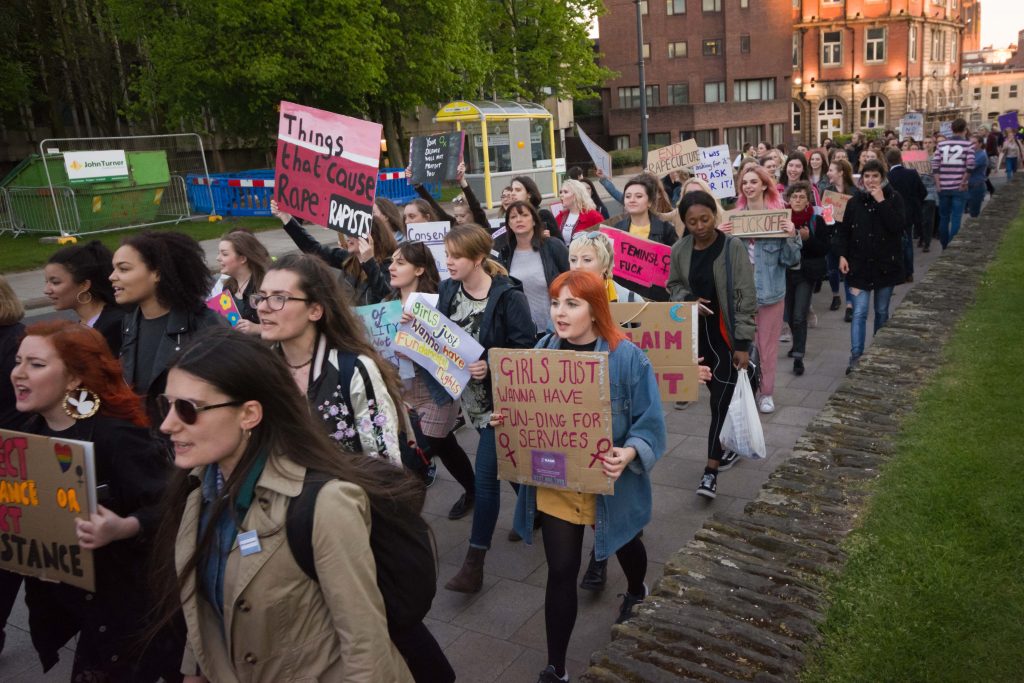 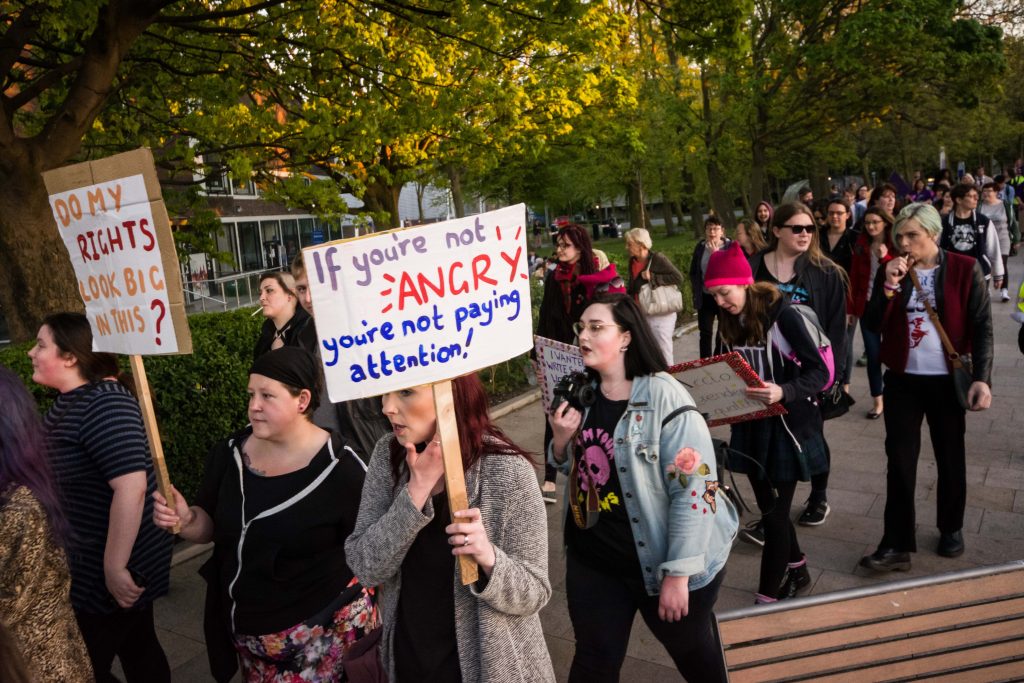