Professor Charles Esdaile, a Professor in History at Liverpool uni, has written an article critiquing Boris Johnson’s recent comments about the European Union.

Charles Esdaile, who is affiliated with Historians for Europe, critiqued the Conservative, former London mayor and Vote Leave campaigner Boris Johnson for his suggestion that there are similarities between the EU and the failures of Napoleon and Hitler. Esdaile, who specialises as a historian in the Napoleonic era and has written a number of books on the Napoleonic wars, disagrees with Johnson and finds his comments “irresponsible.”

“I will not stoop so low as to suggest that Johnson seriously believes there is any direct comparison between EU Brussels, Napoleonic Paris or Hitlerite Berlin. That said, given that many of the electorate have a limited understanding of historical events, to utter the words “Hitler” and “European Union” in the same breath is, to put it mildly, both dishonest and dangerously demagogic.”

Esdaile set out the “crucial difference” between the historical events and today’s EU:

“Hitler’s “New Order” brought murder and horror to Europe. In the end, Napoleon’s Europe was nothing but a colonial empire established in the French near-abroad, an “uncommon market” in which French manufacturers were privileged at the expense of everyone else.

“The European Union is founded on democratic will and in principle treats its members on the basis of equality, while the Napoleonic and Hitlerite empires were imposed from above and subjected to varying levels of control from the centre.” 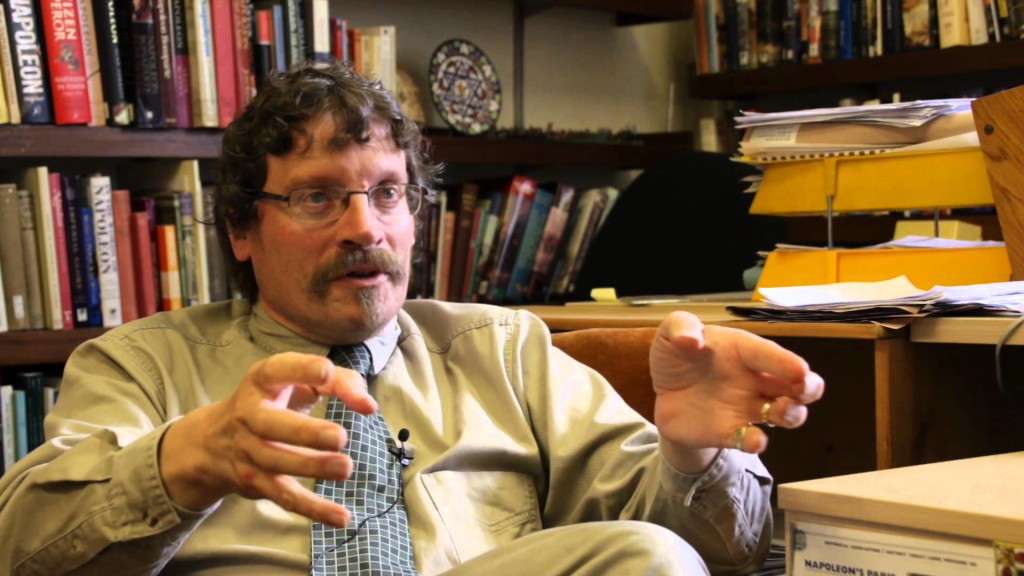 Esdaile then explained what he believed Brexit would mean:

“Herein, of course, lays the rub: in 1814 and 1945, Napoleon and Hitler’s projects at a sort of European union bit the dust, but that does not mean that the current project will inevitably meet the same fate.

That the EU is imperfect is certainly true. It is in urgent need of reform, but its catastrophic failure is not something that I would bet on.”

Esdaile believes Britain must stay in the EU in order to influence it:

“Leave the European Union by all means, but do not imagine that the European Union is going to disappear. Warts and all, it is likely to be around for a very long time, and that means that Britain needs a way to influence what goes on inside it.”

“I agree with him, leaving ourselves isolated is stupid. Given how the EU was created to prevent another Hitler emerging, Johnson should probs be barred from calling himself a historian.”

You can read the full article here.