Stop putting ‘X’s at the end of texts: you’re not a 14-year-old girl anymore

I can’t remember the last time I received a text that wasn’t littered with ‘X’s – it’s time to put an end to it, says Connor Brown.

Many years ago, if you weren’t able to sign your name, an ‘X’ would suffice, and when signing a legal document, to show that you were sincere, you would kiss the ‘X’.

Later, in love letters, ‘X’ marked the kiss, and the recipient of this romantic gesture would then also be able to kiss the ‘X’, creating a time and space defying meeting of the lips – how poetic. Along comes the mobile telephone with texting functionality and the humble peasant’s signature is brought flying into the 21st Century – en masse!

It’s rather a neat circle that signing off with an ‘X’ started with the peasants, and now you’re able to tell how trampy a text sender is by the number of ‘X’s they attach. 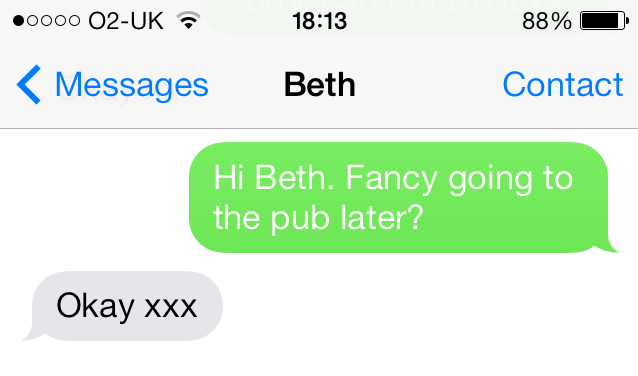 Take Beth, our three ‘X’ offender. She’ll probably regularly use the phrase ‘at the end of the day’, has never read a book, and thinks that Katie Price is inspirational. 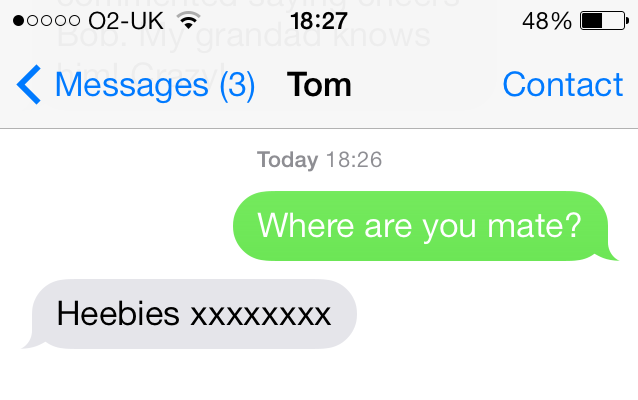 Is this a display of affection or a tally of drinks?

There are, of course, those who fret wildly over the two ‘X’ reply to their three ‘X’ text: 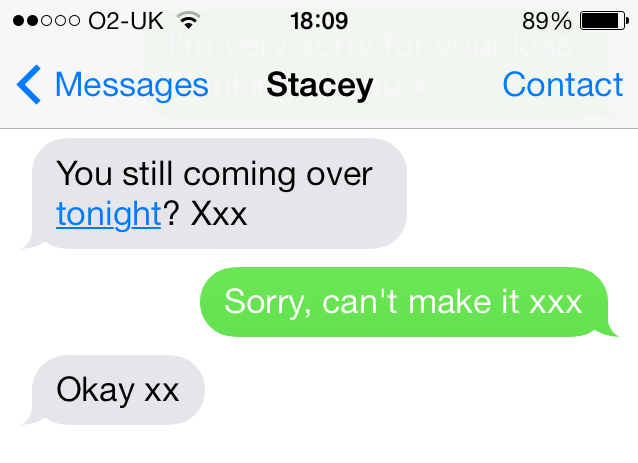 Here, rather than the two ‘X’ response being used as a double ‘X’ endearment, Stacey is using it as a passive aggressive one ‘X’ omission. That’ll show me to cancel on her again!

The unusual addition of an ‘X’ is intended as a pacifier: 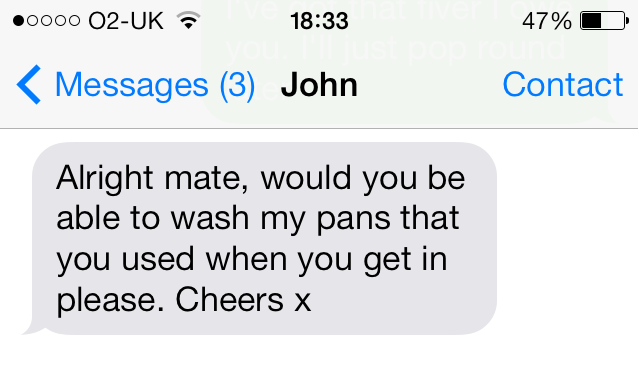 John and I don’t normally include ‘X’s in our texts, but here John is trying to play down his annoyance by sending me a kiss. Thanks, John, nice one.

Accidental ‘X’s can get a person into hot water: 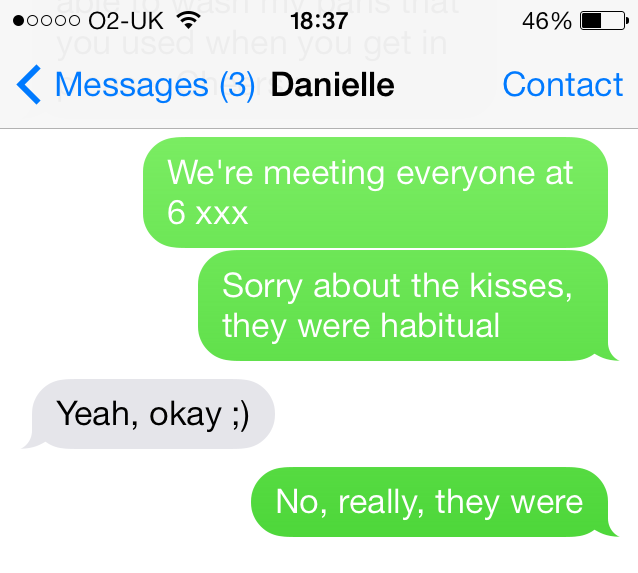 Now we both look stupid.

But it doesn’t have to be like this – if we drop the ‘X’s altogether, we can free ourselves from this emotional labyrinth.

Now, don’t get me wrong, I do use the odd ‘X’ myself, but when I do, it’s a sincere showing of emotion: 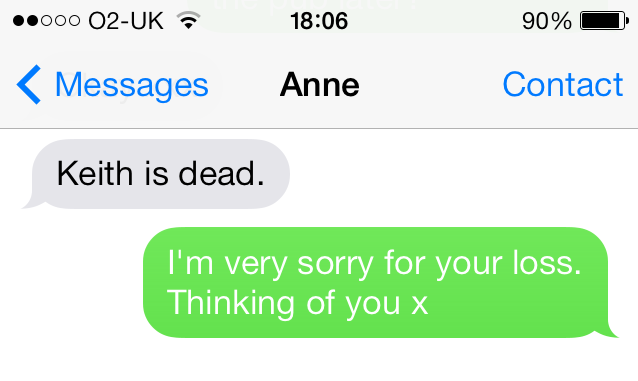 You deserve that ‘X’, Anne.

After what will have doubtlessly been a tough day for Anne, she needs nothing more than a reassuring kiss. My distance from her, however, dictates that said kiss must be a virtual kiss. You deserve that ‘X’, Anne.

‘X’s aren’t used sparingly enough, and I fear that their willy-nilly free-for-all is diminishing their true worth. I’m hoping that through your reading of this article you’ll see the error of your ways and help me reclaim the ‘X’ from the smartphone wielding 14-year-old girls among us. Our task isn’t difficult: the biggest ‘X’ abusers are easily defeated.

The mimicking pattern that the ‘X’ ritual has fallen into will mean that if you (yes, you, Reader) stop sending excessive ‘X’s in your texts then your recipients will soon follow suit. Please, lose the ‘X’.