the only girl on a floor full of lads

Starting out at Uni can be daunting enough, but imagine turning up and finding out you’re the only girl on a floor full of guys.

Starting out at uni can be daunting enough, but imagine turning up and finding out you’re the only girl on a floor full of guys. 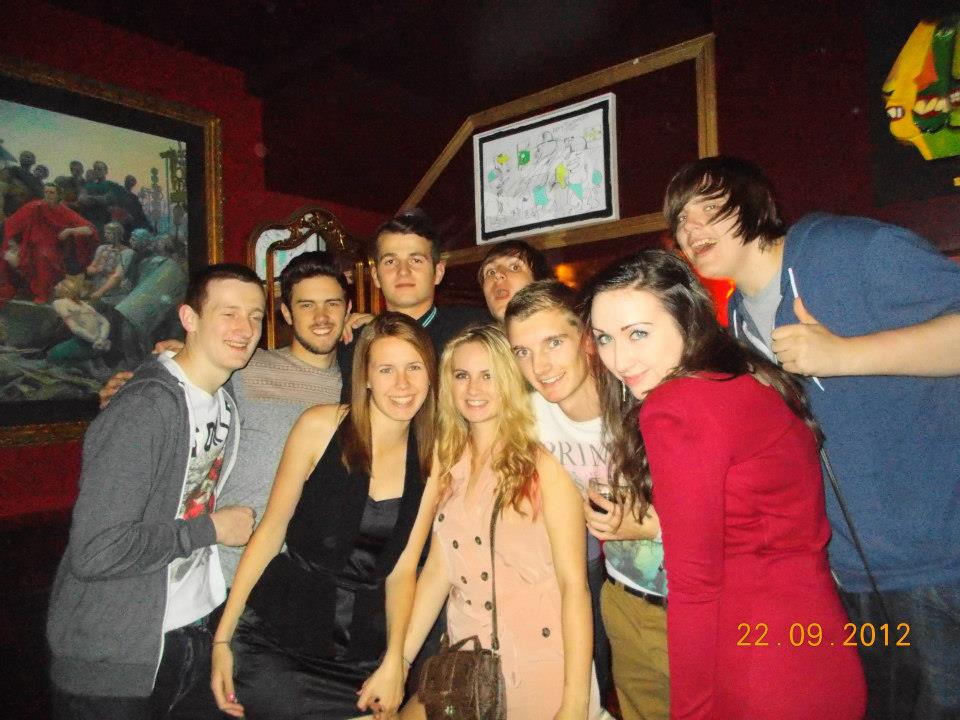 Here’s my survival guide for anyone else who may have happened to find themselves in this distressing situation. Or maybe my tale of woe is totally unique? Knowing my luck, it probably is.

When the guys from your block burst into your room, pizza in hand, at one in the morning because they are too lazy to go upstairs, it’s best to just let it happen. At first you are thinking “I’m hungover”, “I want my sleep” blah blah blah, but you’re just cutting yourself short.

Freshers’ is about experience and meeting new people. I watched the guys at their garish best for three whole hours: my Tequila was consumed, slowly but surely, until there was but a drop left; my teddies were messed with, my pillows stolen, but it was all in the name of fun and since that night, we’ve all got on really well. The only downside to this rule is waking up surrounded by pizza boxes, bags and cans!

When on a floor with several guys, you have to be prepared for a bit of abuse. They will rip you to shreds and the banter rule means you have to give as good as you get. For instance, when they claim that your beloved cuddly toy looks like a pig when in actual fact it’s a kitten from your favourite childhood Disney film ‘Aristocats’, just reply with something like, “so does your face,” and let the good times role.

Talking to the guys on my floor has been pretty nice so far; they’re all really different and exciting. From my experience, guys and girls are not as different as they seem.

Already, in the short time I’ve been here, I’ve been shopping with one guy, had breakfast with another and had deep chats with the other. Guys can be so easy to talk to if you let them. Don’t write anyone off based on gender.

Don’t lock your door. I know that sounds weird but when you lock the door you are asking for more trouble: I locked my door one time, only to be harassed by incessant knocking and dirty rags being attached to my handle whilst the guys scooted up and down the corridor on a swivel chair. I ran out and threw the rag at them. A rag war quickly ensued and I won, obviously.

Rule number 5: The ‘Use it to your advantage’ rule

Guys are tall, brainy and strong. I use my tall neighbour to my advantage; he helps me get my post and decorate my room. Another guy is super smart so I asked him to do some pretty heavy duty adding up for me when my student loan came in.

However, don’t be selfish. Let them eat pizza in your room in return!