King's College London have confirmed they will be compensating students for the hours missed during lecturer strikes.

Compensation funds are to be taken from money saved in lecturers' salaries throughout the strike.

The proposed refunds come in response to petitions signed by about 115,000 students in recent weeks, as well as several floods of emails directly addressed to Vice Chancellor Ed Byrne. 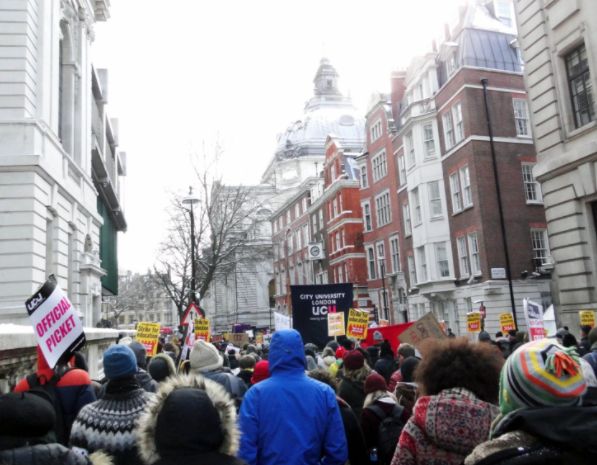 In an email to all students, KCL said: "King’s will not accrue any financial benefit from this dispute and any salary savings will be ring-fenced as a fund which we can use to offset the impact of the strike on our students.

“Once the nature and scale of disruption has become clearer, we will develop a mechanism for considering cases for any further compensation that may be warranted in light of cancelled classes."

Formal complaints and potential legal action have also been suggested on the KCLSU page for those seeking financial compensation.

Universities minister Sam Gyimah recently stated his support for these demands, saying that universities should "step up to the plate". In the past week about only 11 per cent of teaching on Strand Campus was carried out as usual. When some classes did proceed despite industrial action, students across the 60 striking universities have complained of being discouraged from crossing picket lines by their protesting peers.

The strikes were set to run until Friday, March 16th but if talks fail to settle things within this time they may run through exam periods.

Negotiations have been arranged to take place between the UCU and UUK on Monday, March 5th, and may prove decisive in determining how much longer strikes will run.