Majority of people say WHAT ARE THOOOOOSE

It’s not generally considered conventional to head to university with the ambition of staying in an intercollegiate hall. It's full of students from mixed universities (like UCL, gross) and postgraduates and PHD students, and can be perceived as a university boarding school.

We all know that choosing first-year accommodation flats that are provided by King’s is the norm, but more should be said about choosing intercollegiate halls as an alternative when you find the prospect of getting a place near the overground (Denmark Hill) too shit.

It can mean saving money on food. and energy on arguing over who should clean the kitchen. You might have found the prospect of having catered meals attractive, or the generally more central locations that these halls have to offer a real bonus, for a more affordable experience. But we tell the truth here, and most of us have absolutely no idea why we were allocated a place at intercollegiate hall. 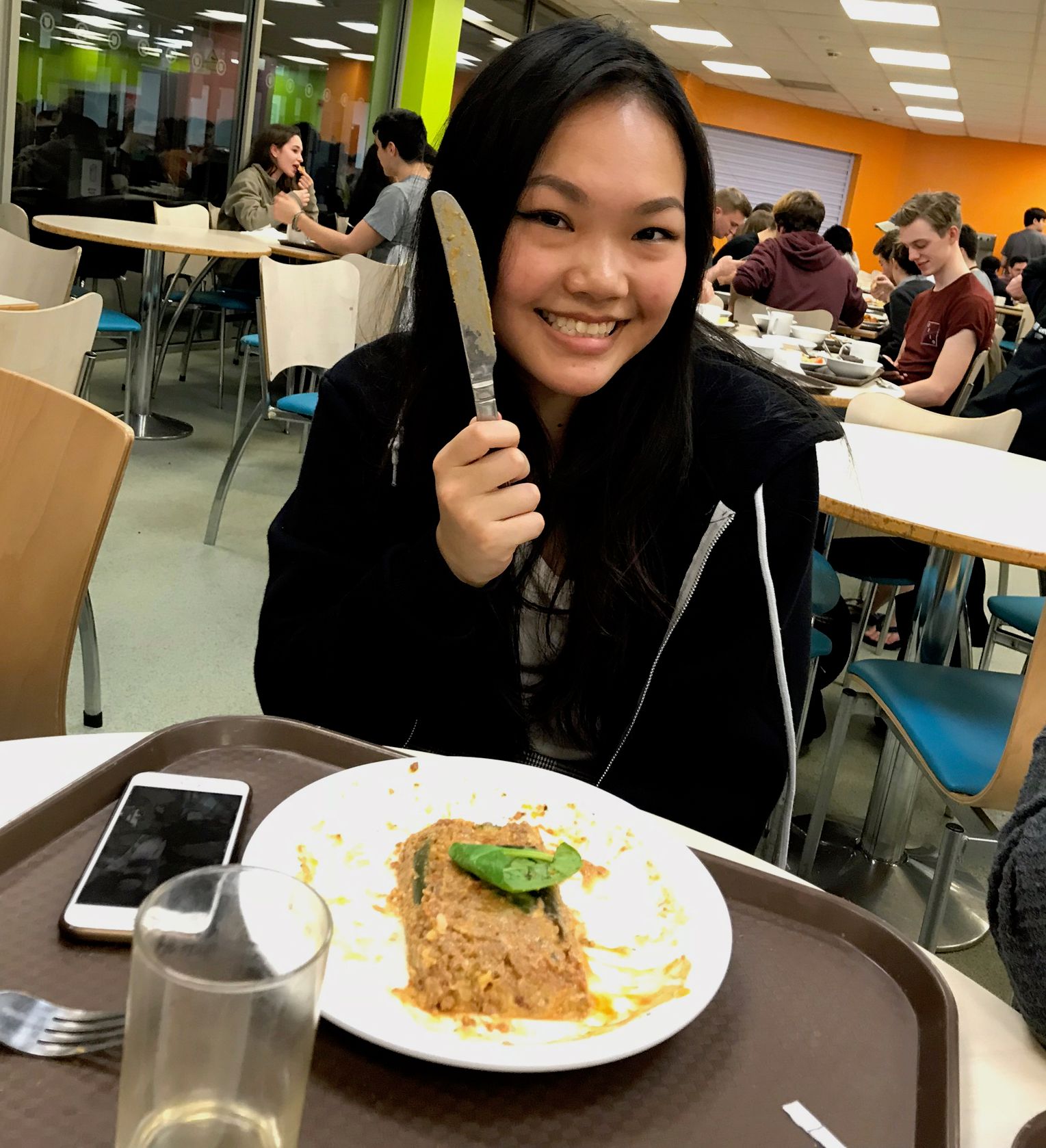 So this is for you, people who have to suffer catering and freezing rooms, let's mythbust intercollegiate halls once and for all.

Catered food isn’t all it’s cracked up to be

Obviously this excludes people living in studios here, but for the majority of people living in intercollegiate halls, it was a viable option because of the provision of meals included in the rent fee. However, there’s something of a ‘get what you pay for’ essence looming, with some meals (most) being considerably, under-par – it’s safe to say that in some cases, you’d rather go hungry. 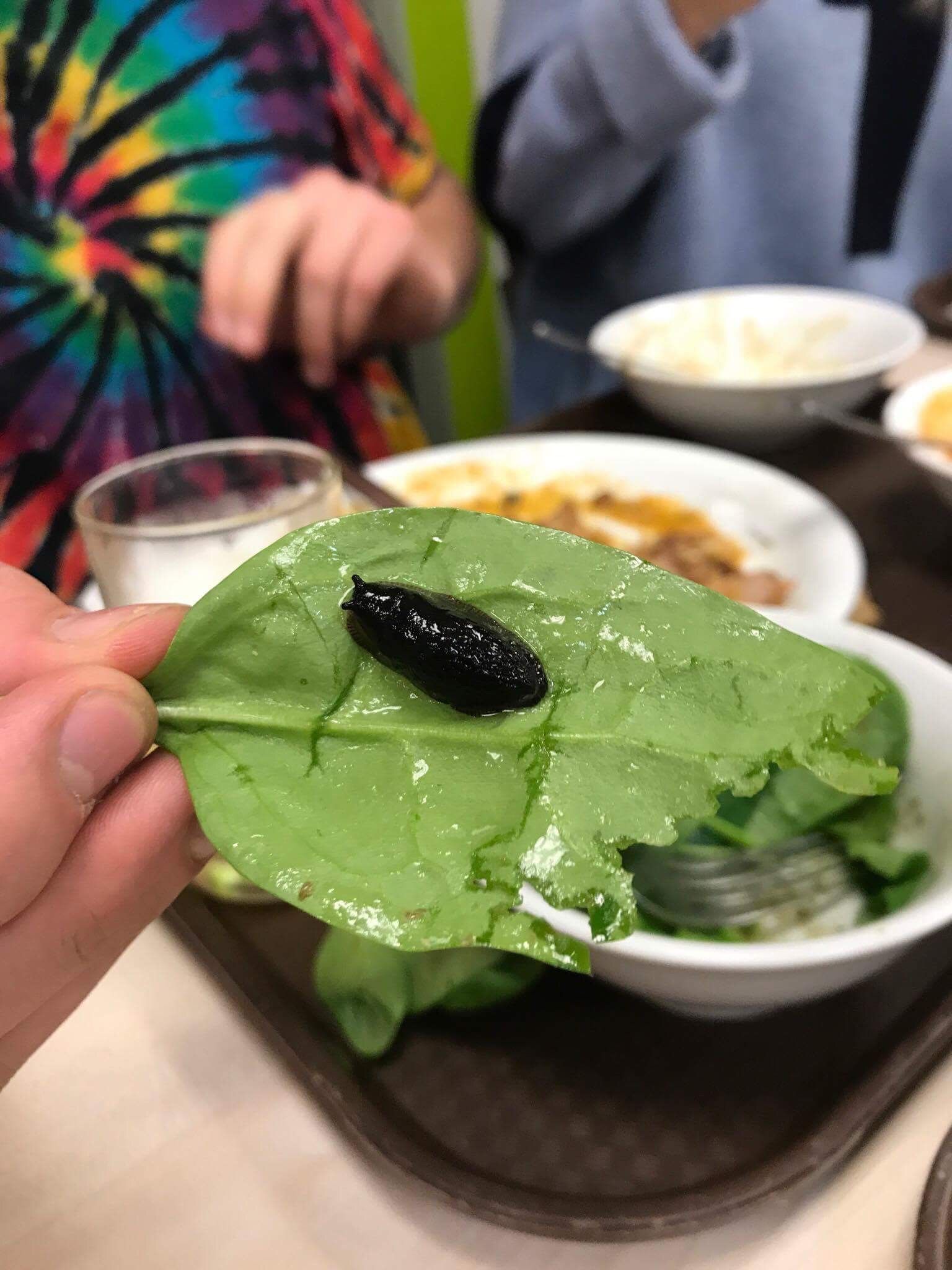 A bit of extra protein maybe? I did think my salad seemed a bit rubbery

It's very often not exactly the gourmet cuisine you're craving after a long, hard day of procrsatinating. Not even the desserts are up to speed… 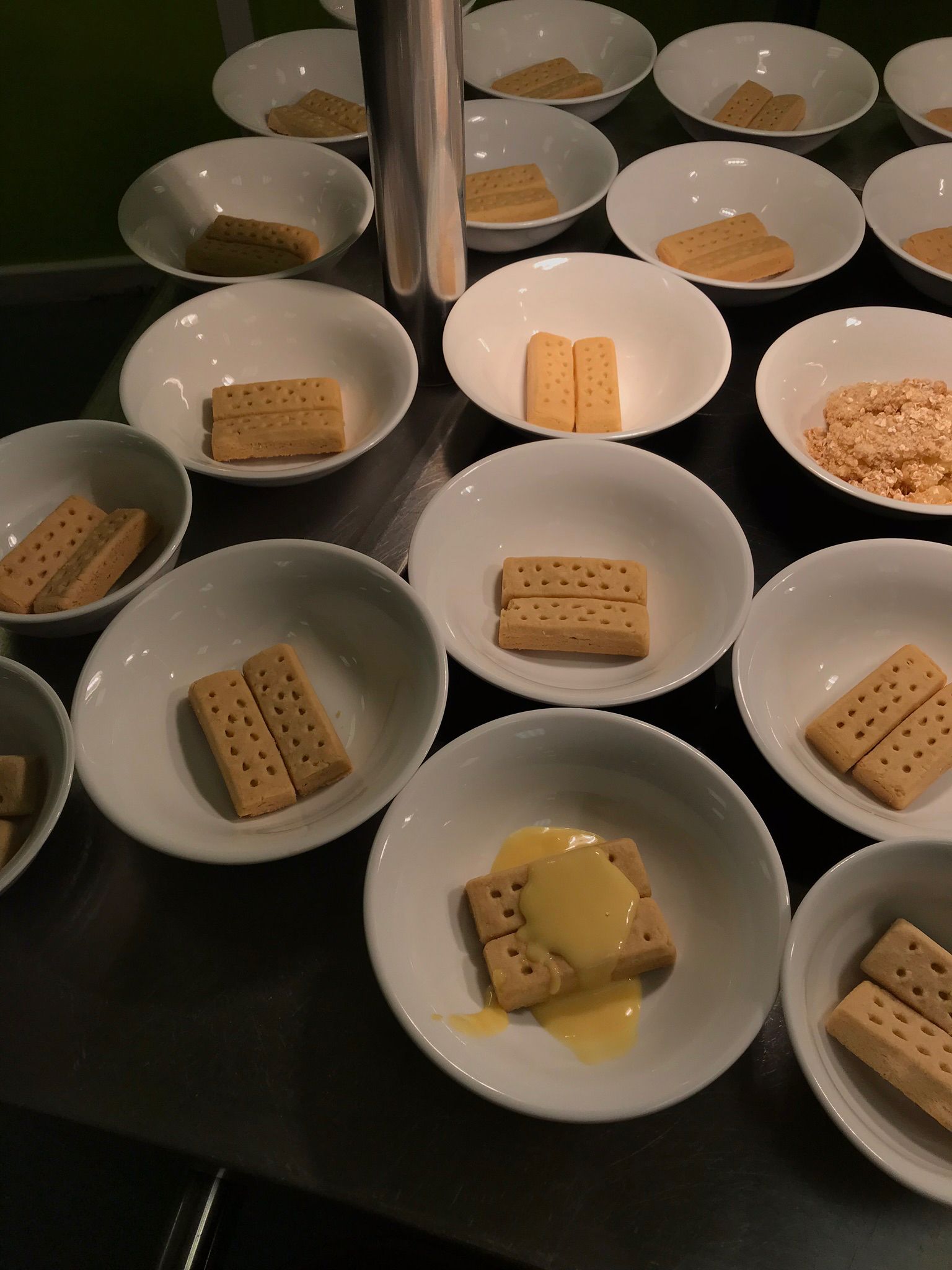 This quite literally takes the biscuit

So, it’ll be off to Tesco’s at 10:30pm to buy some late-night snacks, which will subsequently turn into tomorrow morning’s breakfast, as the cut-off time for the morning meal is 9:30am. If we can't get out of bed for a 9am how the HELL are we expected to make that effort for a miserable pastry and a powdery, watery glass of Orange juice.

The corridors look awful and kinda like a prison…?

“IT ALL LOOKS THE SAME” – literally every corridor on every floor looks identical, so it’s very, almost too, easy to stumble into the wrong room. VERY AWKWARD (if you walk in and someone is on a Skype call to their gran, lol I made a new friend that day). And of course, for those who don’t know, there aren’t any flats, it’s just room after room, much like a hotel. 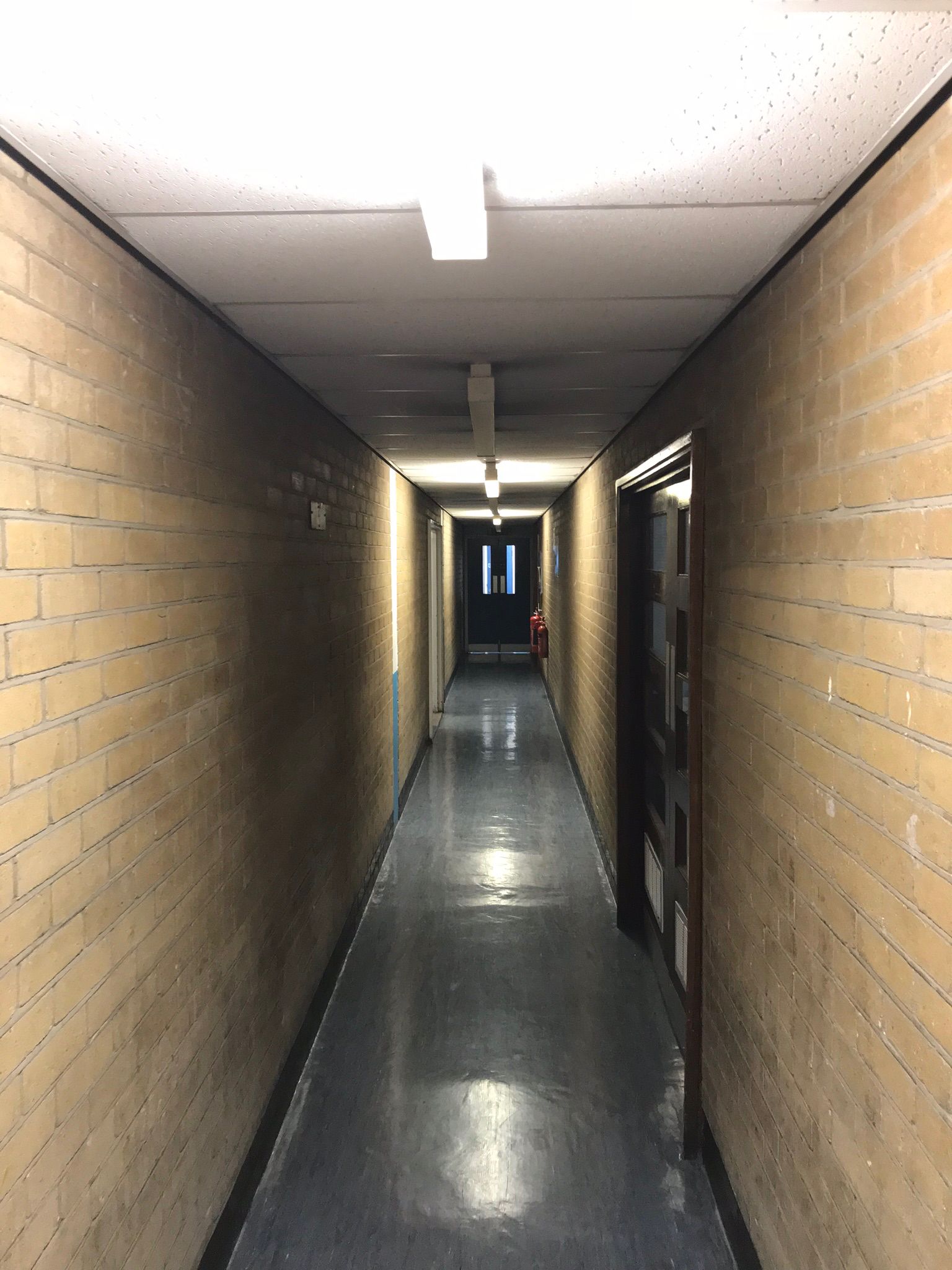 Does anyone have a map?

It’s a scary place to be when you’re doing washing at 3am. It’ll also be a completely wasted journey because there aren’t enough machines for the number of people living there, so there's never a machine free. Either that, or 90 per cent will be out of order. 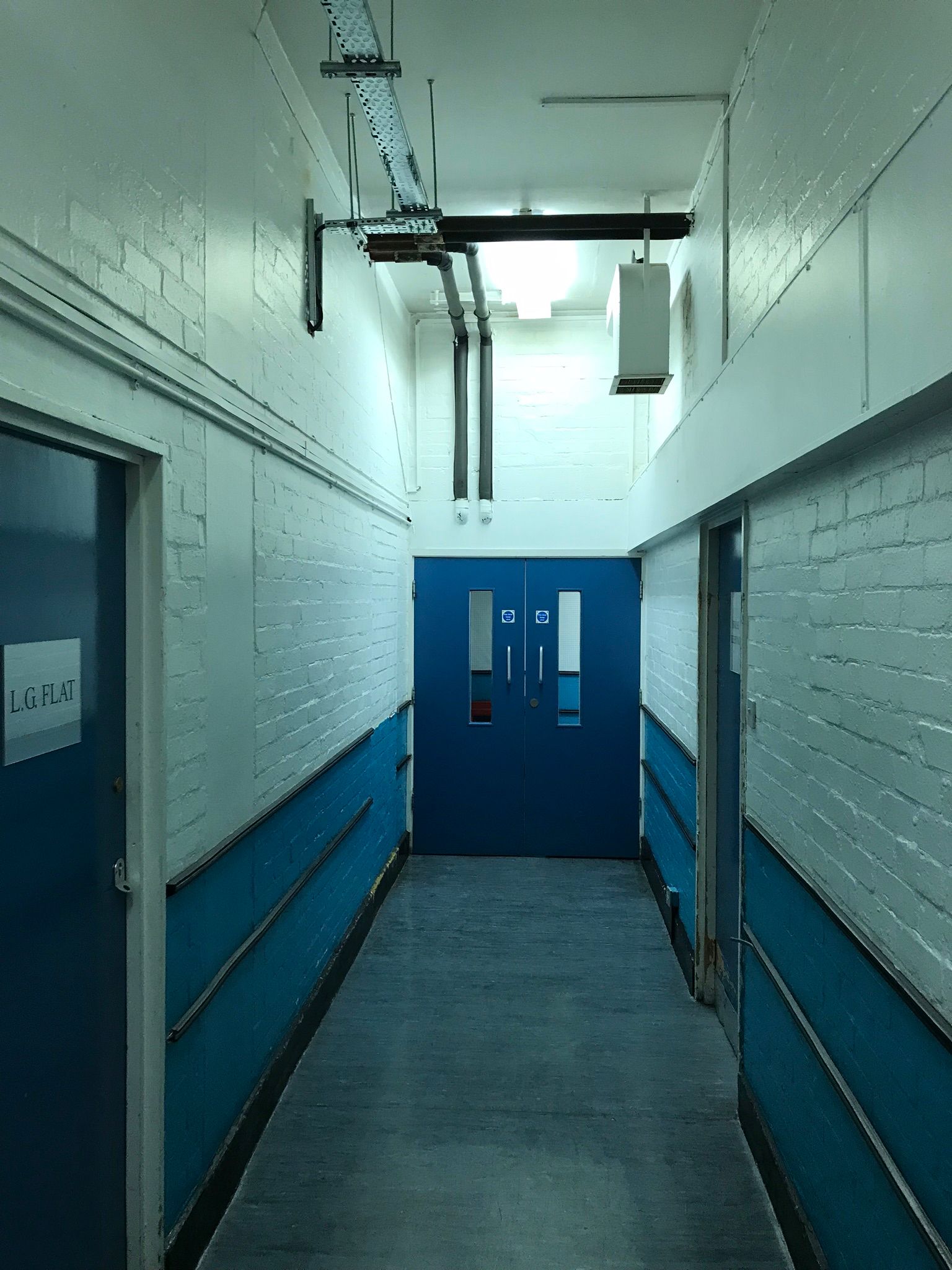 You’ve also got a pantry in close proximity, to make a brew, microwave some pasta, or keep your milk in the fridge. But food thieves are rife, and the accommodation group chat explodes with “WHO STOLE MY CHEESE” on the daily – the only option is to store your goods in a gross, unmarked bag in the corner of the fridge, and a prayer may be required. The facilities are, remarkably inadequate, so you really are stuck with catered food, or a packet of Bourbons – there’s no in-between.

I can't even look at it

There’s always also, without fail, some God-awful smell that emerges whenever you set foot in there. Whether it’s the mix of microwavable meals, all mutated and rotting, or someone has thrown their takeaway in the bins, which won’t be emptied for another three days…either way, you really need a gas mask just to enter.

Who knows what the deal is with the common rooms

Ah, this enigma of intercollegiate life. A seemingly attractive prospect, a platform to socialise with the entire accommodation – but when it actually gets to the evening, it’s literally dead in there. Perhaps the odd person is playing table tennis, or performing some yoga – but on the whole, you start to wonder if you’re really living in isolation and everyone around you is a ghost. Either that or nobody wants to socialise with you, maybe it was something you said? 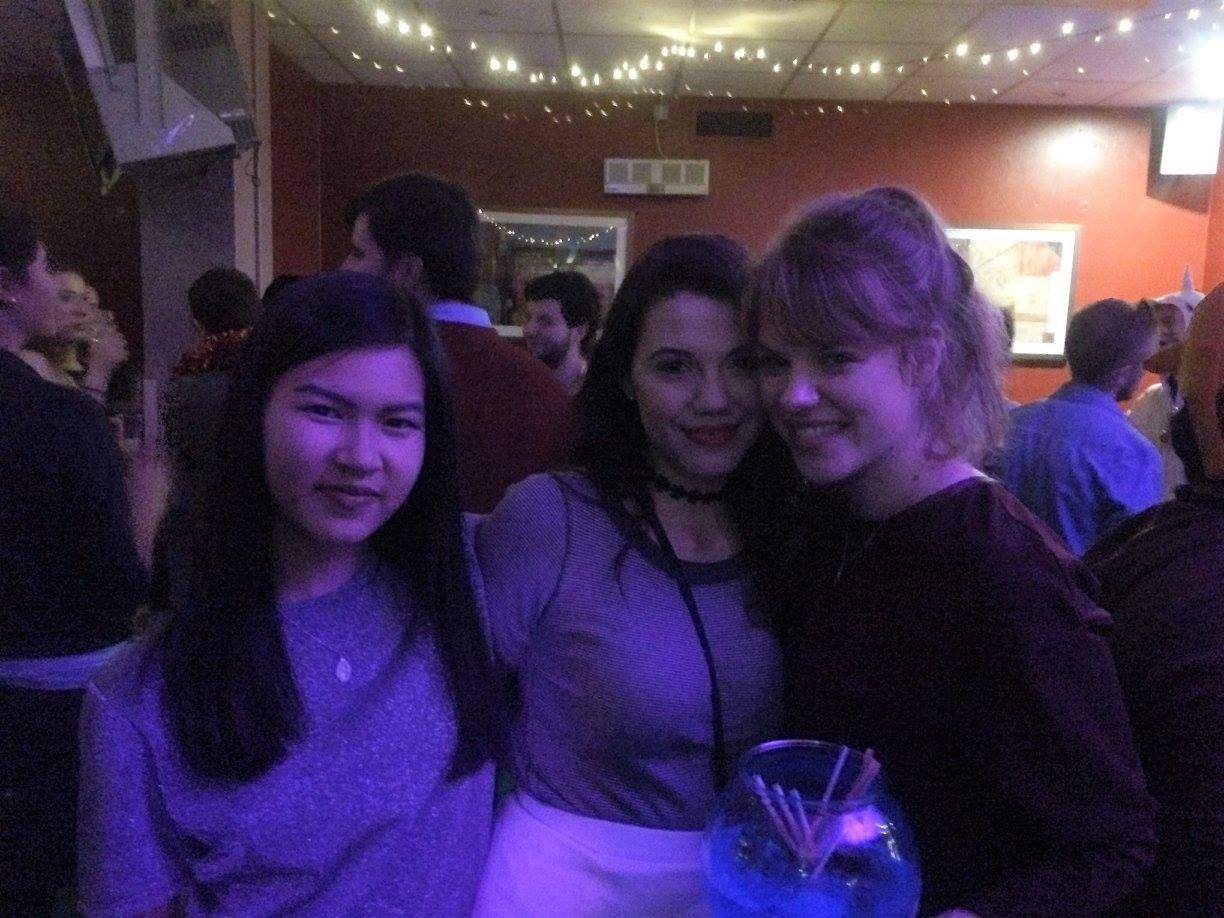 You’ll find it much better to all convene in somebody’s inadequately sized room, with six people crammed on the single bed, two people on the desk chair and the rest on the floor – things will get lit pretty fast.

The midnight DMC is where you find true friends

Making use of the facilities? Using the gym, for free? Using the Study Room to actually study? Naah, around midnight when the group chat pings: “anyone want to hang?” – everyone brings their noise level to one place to annoys the neighbours (the walls are basically non-existent, you can hear the person breathe next door) and chat shit. 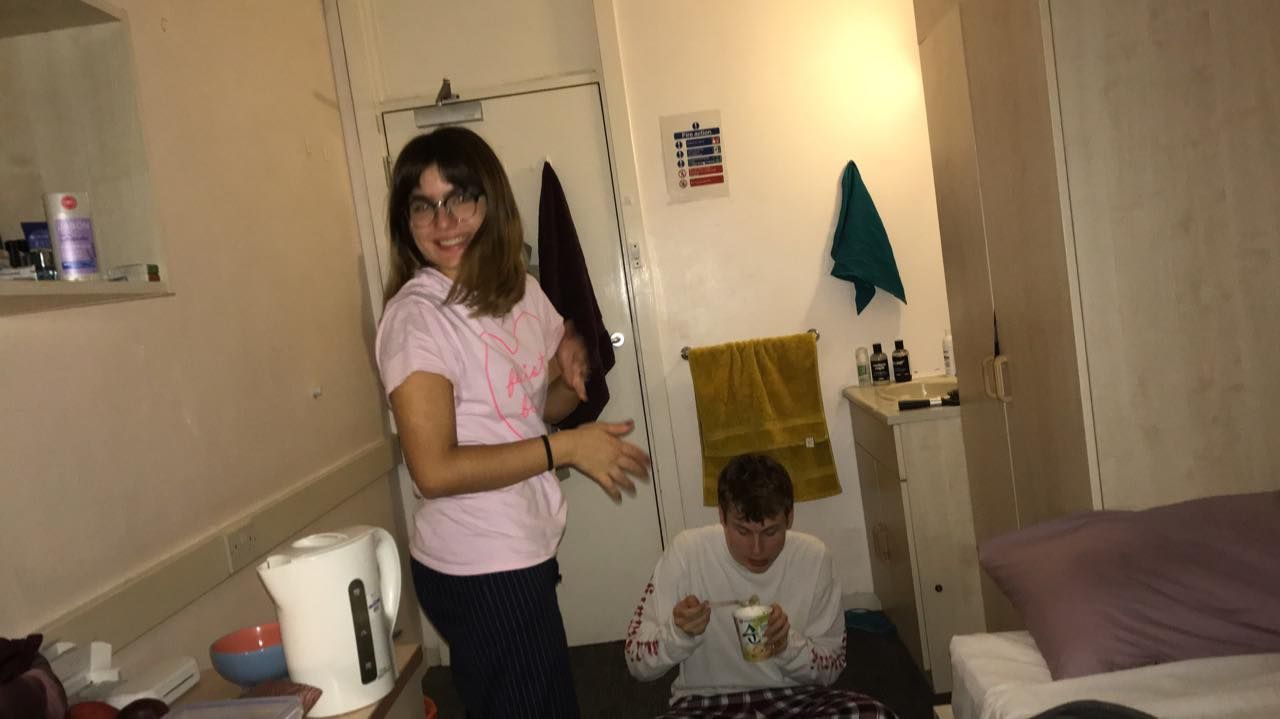 Overall, if you got put in an intercollegiate hall by chance, or if you really chose it when filling out your application – one thing is clear, it’s not for the faint hearted, and living an intercollegiate lifestyle does not go hand in hand with advanced socialising abilities – everything comes down to effort, and right now, ain’t nobody got time for that.