Their identities are unknown

We all know the struggles of finding a decent, cheap and well-located flat.

Yet landlords who own just the thing, are looking to let them out in exchange for sex, as has been discovered in an advert on Craigslist by Heart.

An advert for a flat which boasted a 10 minute walk from Glasgow University suggested payment should be in the form of a “friends with benefits style relationship”.

And in Edinburgh an advertisement on the same site offered a flat “free of charge to a female in exchange for services” with another advert offering the tenant extra money if she would accompany the landlord on business trips and pose as his girlfriend. The user went on to claim this was “nothing weird”.

There have been increasing reports of these kind of advertisements targeted towards young and vulnerable students who can’t find a flat and feel like this is their only option. 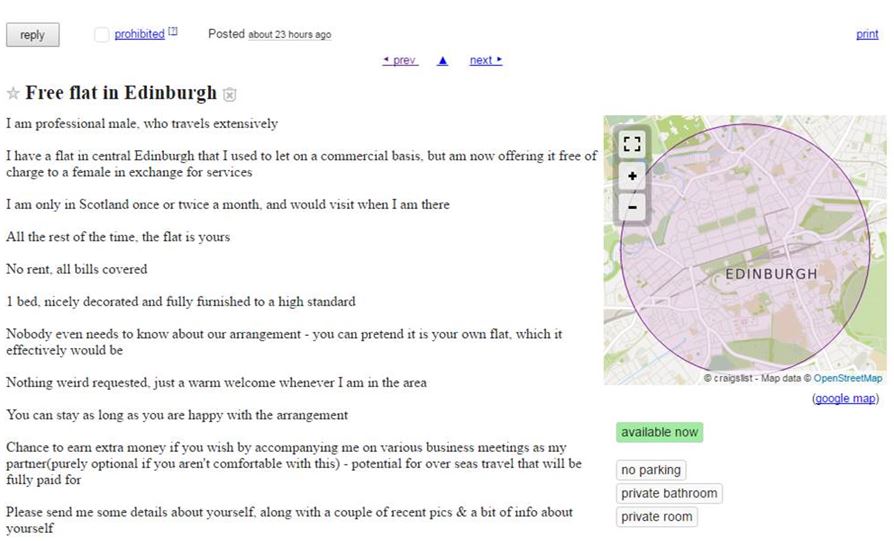 And although such offers are dangerous and predatory, the Police claim that due to the voluntary basis of the adverts they remain entirely legal until somebody is forced to do something against their will.