Where you should live in Glasgow

It’s based on how much of a wanker you are

A vaguely comprehensive guide of where to live and an exposition of some personally perceived stereotypes from popular West End regions.

These areas all host a monumental coming together, and often ripping apart, of locals and students. These are the streets we stumble down after another shit night in Viper, shouting at each other and fumbling to roll one last cigarette. 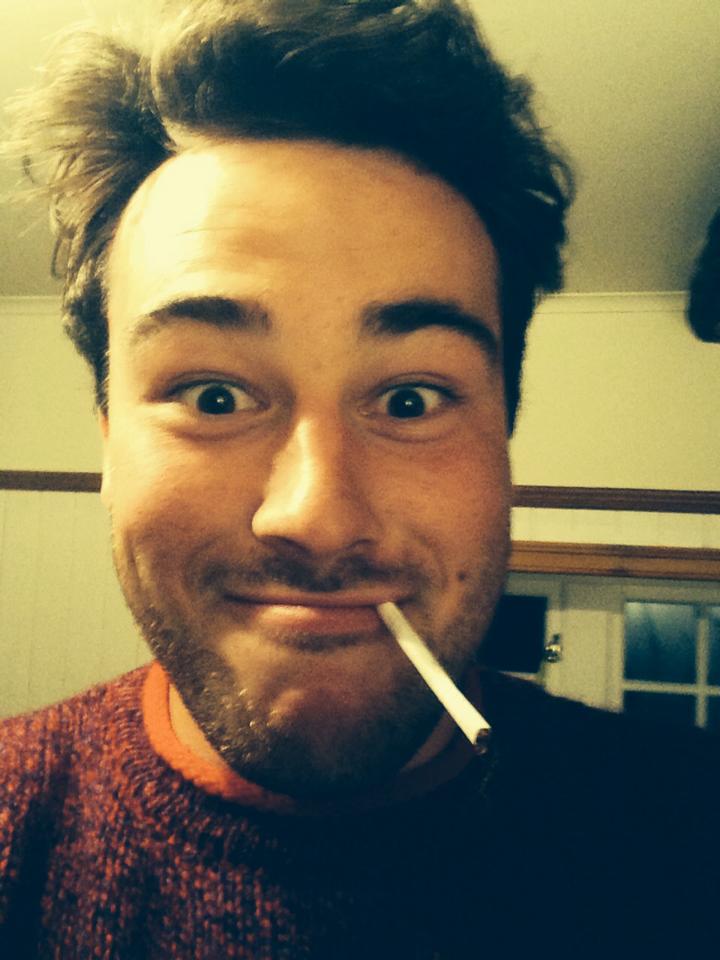 Just one last one, honest

Woodlands Road runs almost parallel with Great Western Road, all the way from University Avenue to Charing Cross. It strikes the perfect balance between being close to both University and town. #

That is if you want to be close to town, which you might if you are an edgy twat and hate viper. 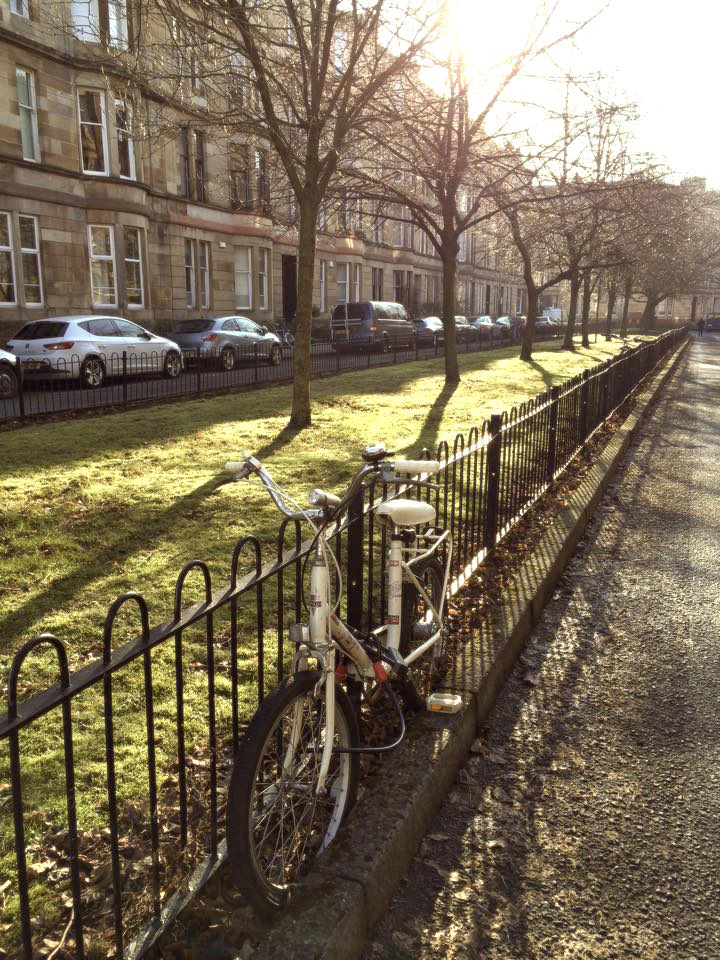 The area has a large asian, mostly muslim, minority population. There are a couple of shops here that reflect this demographic – which is brilliant if you’re a student because halal butchers are cheap as fuck.

The close proximity to town does mean that the area is home to students from the tech as well as from Glasgow. If you were to share with Strathclyde students then Woodlands would be the place to do it – but you probably don’t want to.

(Scots: Hindlain (I might have made this up) Gaelic: No Alternative)

This is the area on the west of Byres road. It is full of middle class professionals and rich young families with screaming spoilt brats in unnecessarily expensive-looking prams.

I have spent a pretty limited time actually inside Hyndland flats, mostly because it is inhabited so ruthlessly by the bohemian bourgeois (rich hippies) who are literally the worst – but those flats I have seen the interior of have been classic, high-ceilinged and not dissimilar to those elsewhere. 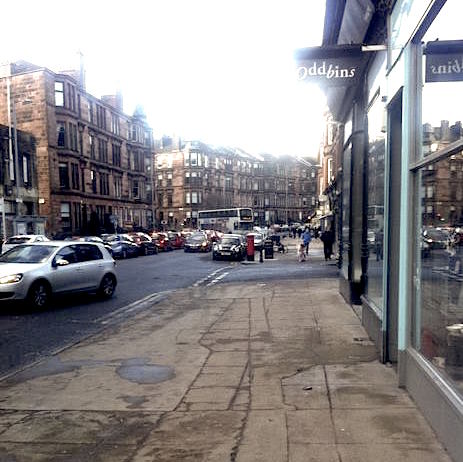 Is OddBins the single most middle class shop in existence?

Despite its full-time inhabitants, Hyndland has become a vaguely popular area for Glasgow students. It’s not difficult to see why and if you like pretty crescents with well-tendered, shared gardens, or you’re one of those students that always wears inappropriately smart clothes to lectures and thinks this makes them better than everyone else, then Hyndland comes highly recommended from us.

This area lies between Kelvingrove Park and the mighty Clyde river. It used to be the home of the Kings of Strathclyde and hosted the first ever international football match. Billy Connolly was born here, and he’s pretty funny, so that’s cool too.

The walk from Partick to University is undoubtedly one of the prettiest in the city, though the beauty is probably lost on the students who live there – stumbling to a lecture at 10 in the morning with last night’s clothes on is hardly conducive to poetic appreciation of nature. 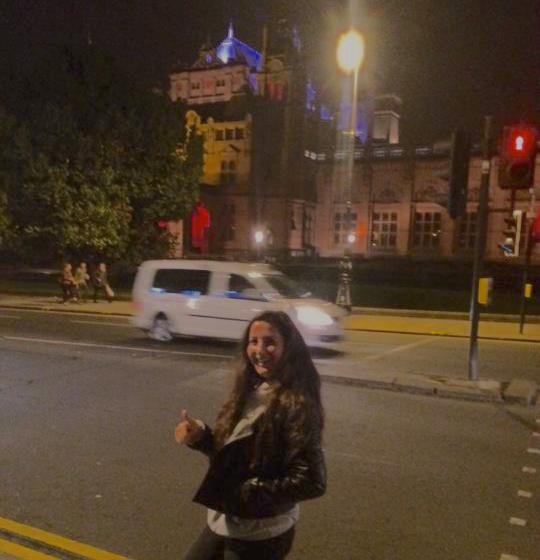 Look at how fucking picturesque that museum is

Apparently the Tesco here is full of fun foreign food – attributed to the high proportion of foreign students who live here. There is some really nice purpose built University accommodation here, the sort that British people simply can’t afford to live in.

If your name is Patrick you sort of have to live here.

The Holy Grail of student living in Glasgow. Or at least this is what those who live there would have you think.

Since most University buildings are in Hillhead it naturally boasts the best proximity to lectures – though, remarkably, this rarely guarantees an improved attendance.

Rolling out of bed five minutes before a lecture starts, because it is a two minute walk, is no easier than waking up in Murano four hours before you need to be anywhere worth being. 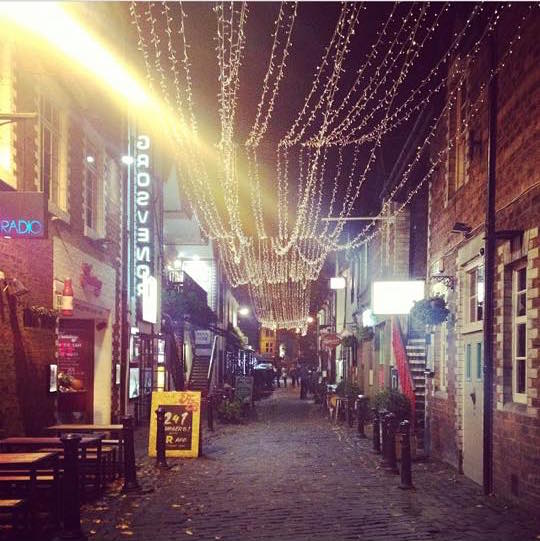 The antiquated, though animated, Ashton Lane

With more dank vintage shops, pretentious bars and disgustingly full beards than your racist grandfather could shake his stick at you need to have a pretty strong constitution to live in Hillhead. Especially if you don’t want to turn into a wanker.