Having attended Varsity at Murrayfield for the first time this year, I took comfort in the fact that, although those populating the stands represented the very worst this university has to offer, I had surely witnessed the gimpiest event I would for the rest of my honours years.

As I watched the Home Counties’ finest trundle into the home of Scottish Rugby decked out in flares, leopard print, and Ralphie pyjamas, I could not have foreseen how wrong I was.

This week, the University of Edinburgh became the first university in the world to launch its own bespoke tweed. 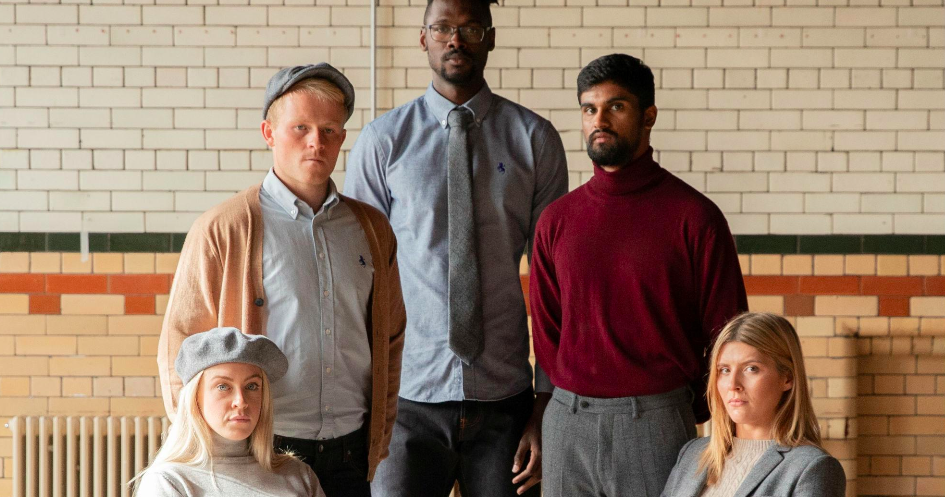 The sadness in their eyes

Being a bespoke item you would of course expect the range to have some close connections to the university or, at the very least, the city as a whole. Indeed, the university website does state that the "cloth incorporates elements of Scotland’s Capital city."

In attempting to create an identifiably ‘Burgh piece, the uni therefore of course went for that uniquely Edinburgh feature – the tweed being "light blue, grey and white" to mirror the "ever-changing Edinburgh sky".

I too look forward to nothing more upon returning to university, following a spell under the static, colourless clouds above the north of England, than to once again witness the finest sky the Scottish capital has to offer.

In the uni’s defence, the next two colours are justified somewhat less farcically: green thread referencing Edinburgh having the most green space of any British city, and a gold "emblematic" of the Golden Boy statue that sits atop Old College. 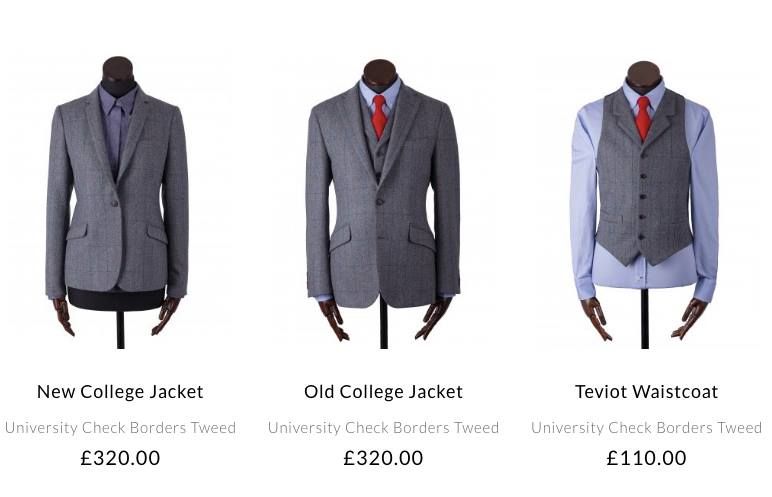 However, logical descriptions of the colours don’t help get past the fact the tweed just looks grey with red and blue lines. I presume my tweed palette isn’t refined enough to spot the gold.

The range includes a £42 hat, primed for what is sure to be a horrifically cringe Peaky Blinders themed party within a Marchmont flat. There’s also a £95 bag that the weird kid who wears a tie and cufflinks to your lectures would wear. Luckily for him, they’re also actually selling the matching cufflinks!

Old College and New College have male and female jackets named after them, respectively. The £320 being charged for these does seem fairly steep given that they’ll only look appropriate if you’re planning on shooting some innocent animals in the countryside, or if you plan to become the strict head-teacher in a Roald Dahl film.

Several athletes from the university’s Performance Sport programme have modelled the range. As if to intentionally add to the parody feel of this whole debacle, they have chosen two fencers, a rugby player, and a sailor called Gillies Munro.

I won’t resort to the strange what-aboutery that people love nowadays by pointing to entirely unrelated issues that the university aren’t addressing (mental health services aren't correlated to suit jackets, my dudes).

This cloth will only really harm those who are willing to wear it – but perhaps the university should have considered those of us who have to share venues with rugby socials by banning tweed, rather than creating it.

Meet Round Three of the Edinburgh Charity Fashion Show models

Meet Round Two of the ECFS 2020 models