First year: Life with alcohol poisoning, every day of the week

Why am I in Loft again?

Alcohol rules my life, and if you are reading this it probably means it does in yours too. You’re in a constant struggle to resist the calls of a drink but as soon as you hear those words “You going out tonight?”  there is no resisting. Despite the fact you know that you have four essays in for the next eight days and about four lectures to catch up on you still seem to end up in your friend’s room, hastily downing a bottle of Echo Falls rosé, plus finishing off three shots of vodka.

With a premature tactical chunder out of the way you trot along to Loft, again. And the painful thing is, you have to do this, because if you don’t go out, your friends will make new bonds, there will be a thousand new inside jokes and a collection of new stories and memories which you’ll only ever be told – and this in itself is a crisis. You don’t want their sloppy seconds. You want your own memories. This is my life. 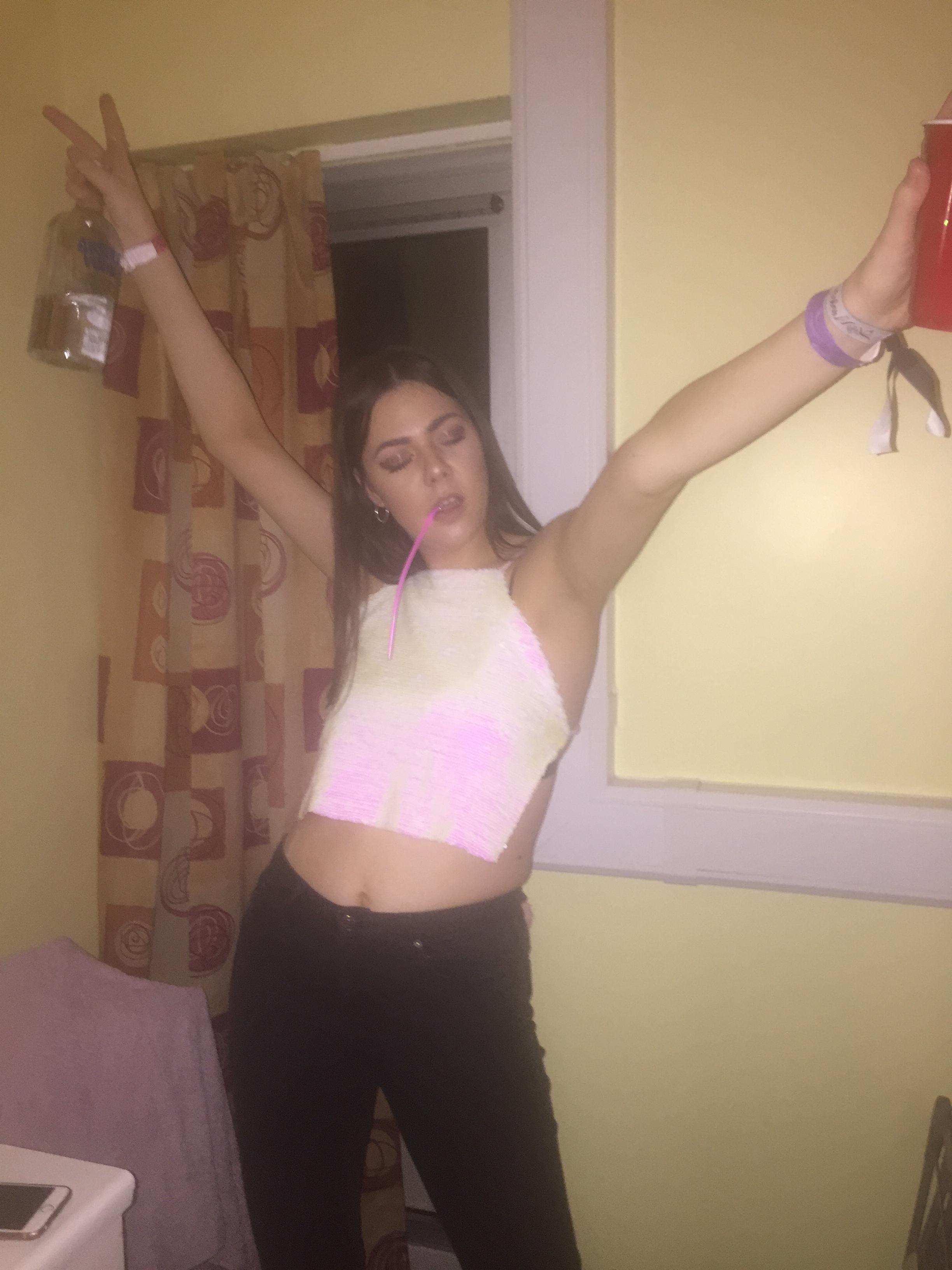 Here we have a photograph of me in my natural environment. I have a glow stick in my mouth, not a straw.

How do you stop?

The question you are probably asking yourself is ‘how do I stop?’ And the answer, I’m afraid, seems to be you cannot.  Once the ‘sesh’ has you (and it seems to prey on freshers) there truly is no escape. Trust me, I’ve tried everything – unless my friends are staying in, I am going out and that is the end. I wave goodbye to my roommate as I carry myself to Loft. She’s shaking her head, recalling my annoying “I swear to you, that was the last time” and the “I’m never drinking again” comments, but she’ll be fast asleep by time I come back, so it’s not her problem. Unless I trip over her shoes and land on her at 3AM again.

But is life living with this abusive relationship really that bad?

Everyone’s drunken alter ego has managed to destroy not only their work but also their health. The highlight (or lowlight rather) being my broken ankle in the second week of term thanks to a friend who accidentally launched me down some concrete stairs. That same night, I unknowingly committed indecent exposure in A&E. I may have also told one of the people I’m moving in with next year I fancy him. I may have ‘misplaced’ two rings, a new mascara and four lipsticks. Finally, I may also have smashed my phone to smithereens. At any moment I am almost certain I am going to experience liver failure.  And it’s all a consequence of alcohol, and this is an experience you’re all familiar with.

You’ll recall looking into the eyes of the blessed doctor in A&E and asking “how long will I be immobilised for?” to which he swivelled his chair and said “six weeks, minimum”.  Against all odds, you make it out four nights later, crutches and all getting a groove on. While the pain the next day was enough to consider self-amputation, it was in your mind worth every pill of Codeine you were prescribed. 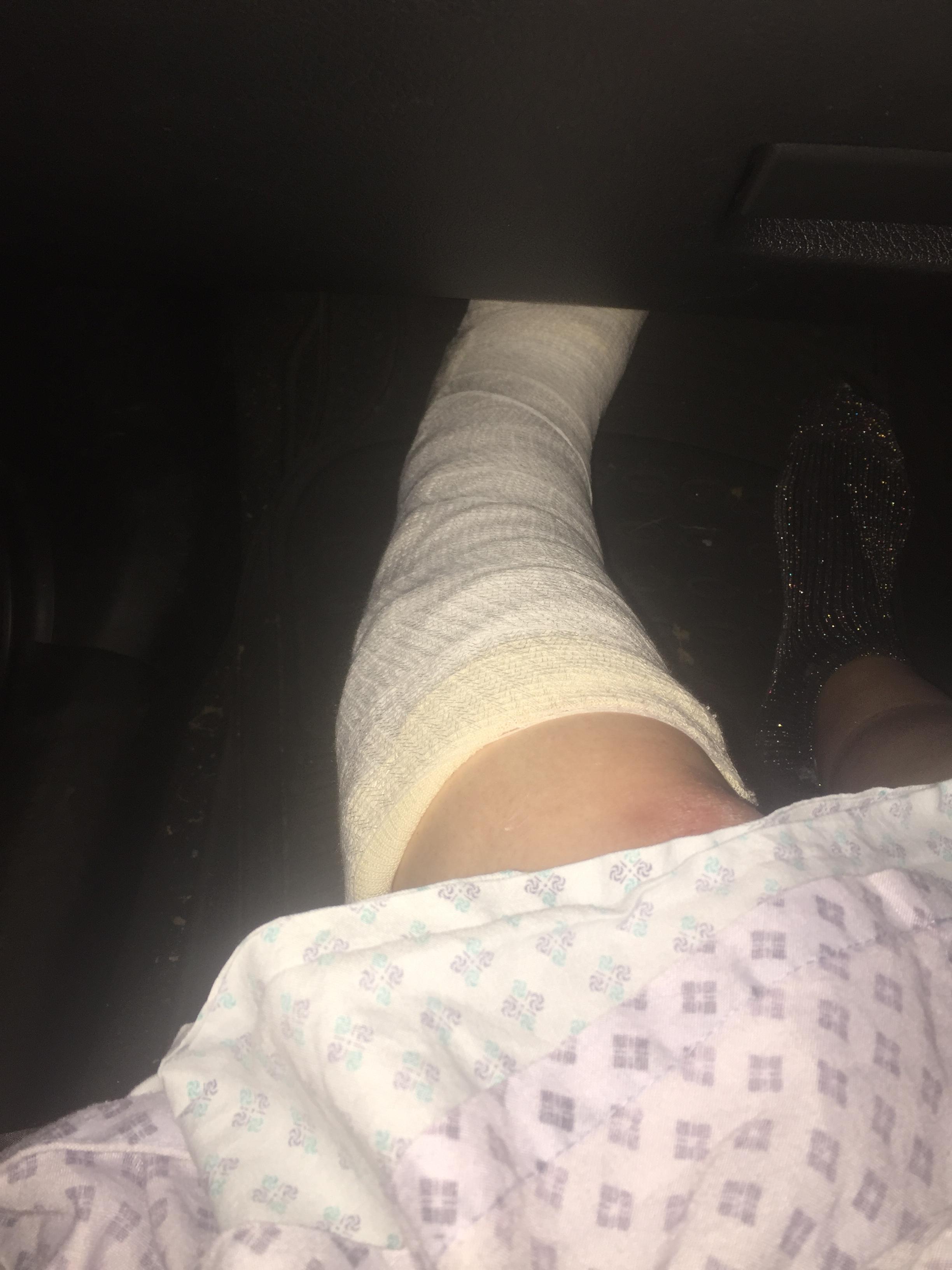 Evidence of the broken ankle.

For anyone drinking too much, sorry seems to be the most used word 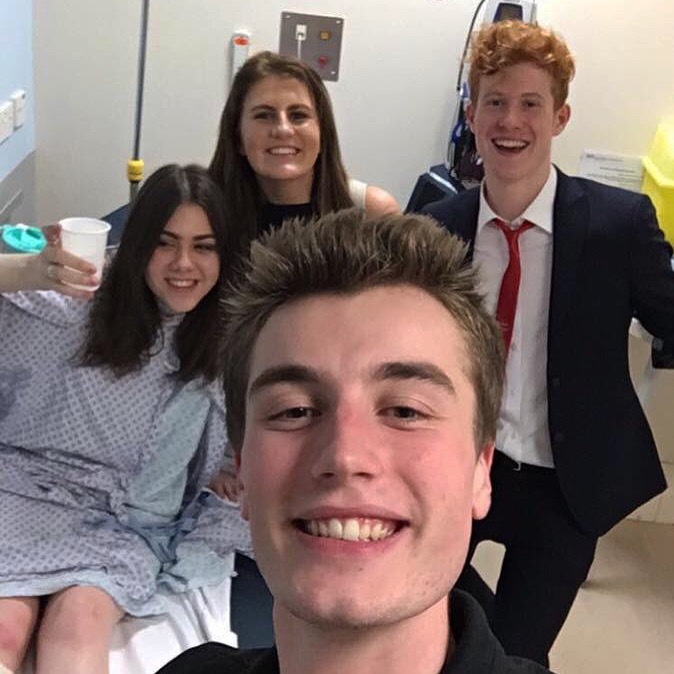 Quite literally smiling through the pain. Most of these apologies were dished out to these guys. The ginger broke my ankle.