Previewed: The Napoleon of Notting Hill

A preview of Ooook!’s end of term production

Why did you decide to put on this production?

The Napoleon of Notting Hill is a novel by the highly acclaimed author G.K. Chesterton, and one that has been admired by writers such as George Orwell and political activists such as the Irish revolutionary leader Michael Collins.

The adaptation was written last year by Ben Saunders. I didn’t read it until early this term, but I saw at once why he chose to do it. The Napoleon of Notting Hill is, as Ben has said, a comedic masterpiece. Yet there’s more to it than that; as Ben puts it, “It addresses and ridicules the stupid and ridiculous petty nationalism which is so endemic the world.” It’s funny, it’s engaging and exciting and easy to watch, yet it still manages to make you think – and that’s something quite special. 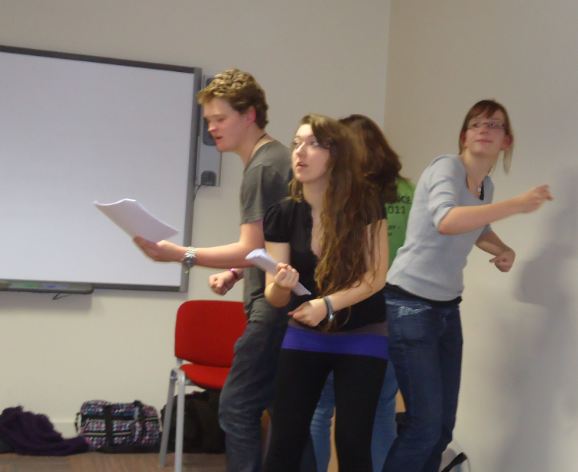 Can you summarize the story for us?

The play is set in London, a London of an alternate world in a timeless era. It is a place where the wheels of capitalism and bureaucracy have crushed democracy. When Auberon Quin, an eccentric clerk who cares for nothing but a joke, becomes King, he turns London into a medieval carnival for his own amusement. The boroughs are celebrated as separate cities with their own guard, banner and gathering cry. The King’s elaborate joke baffles, bores and frustrates in equal measure. But then one man takes the cry for regional pride seriously: Adam Wayne, the eponymous Napoleon of Notting Hill.

It’s a hard story to summarize actually, as the interplay of humour and ideology that is at the play’s heart does not best manifest itself in synopsis. It is the wit and eloquence of the dialogue, the laugh-out-loud moments and the unravelling of the larger than life characters that truly captures the whole mad carnival, and eventually reveals the story as a surprisingly dark satire.

“He is a man who cares for nothing but a joke. He is a dangerous man.”

What’s your favourite moment in the show? 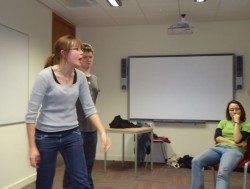 There are many to choose from, but personally I’d go with the fight scenes. They look incredible. Our director Emma Grisdale and cast member Chaz Pitman have put a great deal of effort into the choreography and polish, resulting in some of the best I have seen in Durham. We’re getting in some brilliant medieval weaponry for the performances. In the meantime, we’ve been practising with anything we can get our hands on, from raiding the cupboards in Elvet Riverside for brooms to scouring the woods by Van Mildert for suitable branches.

In five words, why should people come and see The Napoleon of Notting Hill?

So silly, so surprisingly serious. 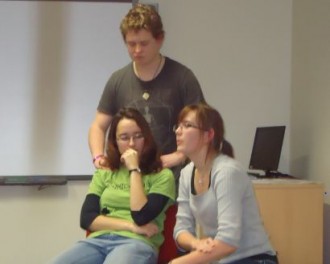