“Harrowing, tragic and unnerving, Thrust Stage’s Streetcar really is a show to see.”

The initial buzz surrounding the news that Tennessee Williams’ infamous play was to soon grace the Durham student scene made an unmistakable reappearance in the Assembly Rooms in the minutes before the curtain rose on opening night. As the band in the open pit played smooth jazz, I sat expectant and excited. 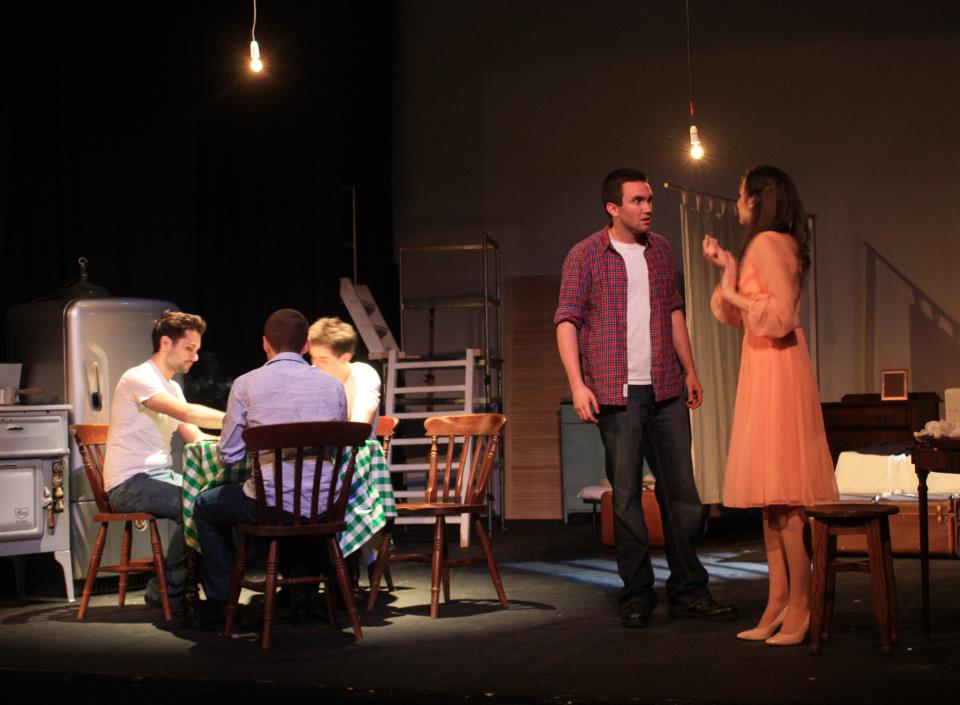 Director Matt Dann’s vision of the classic exhibits before the audience a myriad of beautifully poised images which endow the characters with reality; burning cigarette ends in the dark bring us into the 1940s. Blanche’s isolation is evident in her entrance in the light of the lamppost, and Stella’s inability to leave Stanley is depicted by her descent down the stairs from safety into his arms, her legs enveloping his body like a helpless child. Such instants are pictorial and demonstrative of the power of perfectly constructed mime. Lighter moments permeate the pain that characterise the play and are highlighted well by the cast, allowing a touch of comedy to surface without stealing the spotlight from the tragedy. 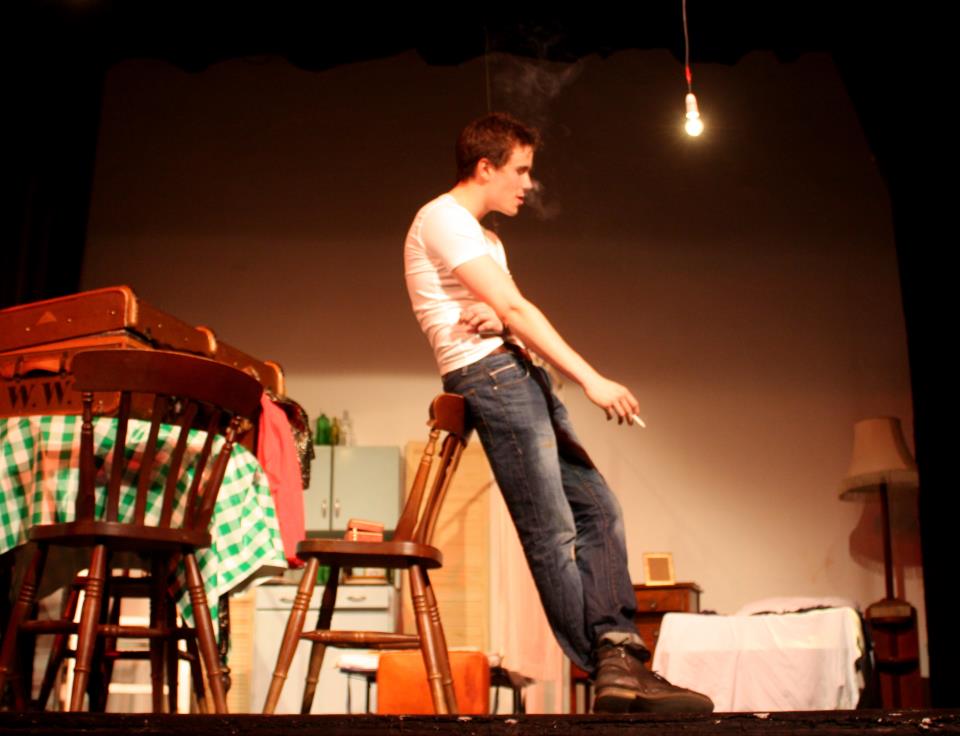 The production is an ambush on the senses: the near constant presence of a lit cigarette on stage fills the auditorium with fumes drawing us into the same space as the drama alongside the smell of hot food which Stanley greedily consumes. The tram sound effects, the collage of assaulting voices, the penetrating silence and clang of crockery after Stan’s violent spasms all ring in the ears. The music from the live band brings a cinematic quality to the performance – piano and jazz greatly intensifying certain dramatic moments though admittedly detracting from some when the spoken dialogue demands silence. 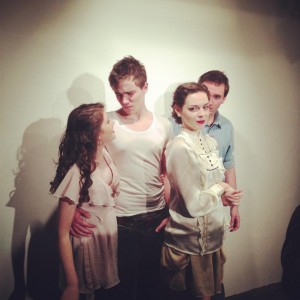 The show opened with jazz whereupon I expected to be hurtled into Blanche’s tumultuous life within the elaborate set of Stella’s cluttered home (complete with complete bedroom and kitchen furnishings). Though the set was busy, the action was not. Streetcar trudged along in its opening section, the pace slow, scenes lacking in energy which by the end of the first section forced me to acknowledge that I was watching a student theatre production – a somewhat disappointing start. However disappointment was truly remote by the end of the play as the cast turned it around, bursting into the second section and charging into the final. 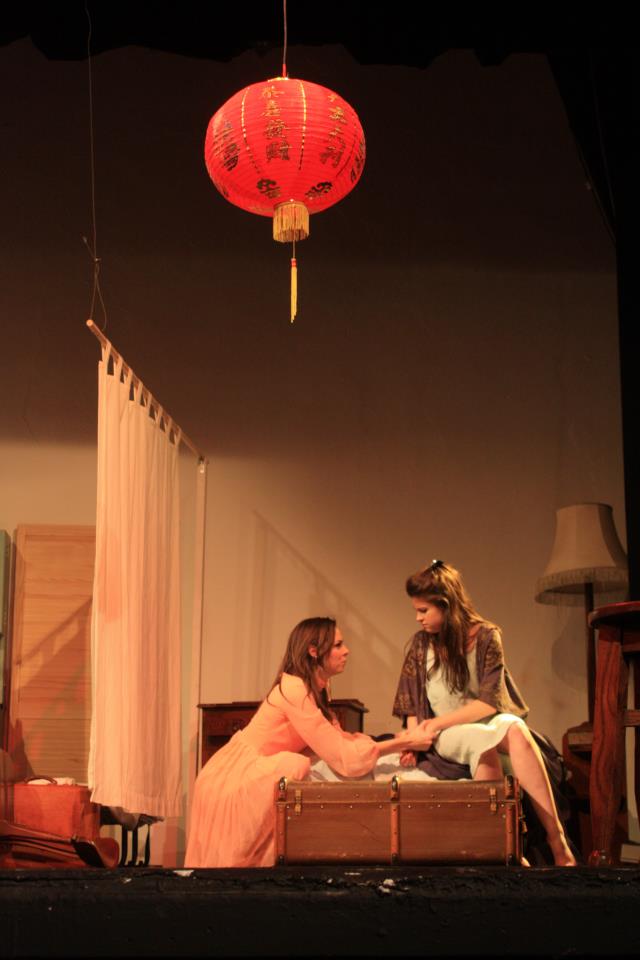 Extreme tension and absorption dominated the rest of the performance; Stanley’s launching of the radio against the wall, the food across the room and the ensuing silence. Blanche’s account of her husband’s suicide and her frequent frantic ramblings enchant the stage with a hush. However, the Louisiana accents were delivered by the actors with varying degrees of success. Of course producing a near three hour play using the southern US accent throughout was always going to be a challenge. Unfortunately the command of the accent by certain cast members is weak and thus factors into the slow initial pace and emphasises the amateur side to the dramatics. The lack of confidence in an admittedly terribly difficult accent distances the audience from the action, as vocal emotion is often sacrificed for concentration on inflection. Perhaps more bothersome than the distraction of strained accents is the evident restraint it puts upon well regarded actors. However this was gradually overcome during the production and, by the final section, went unnoticed. 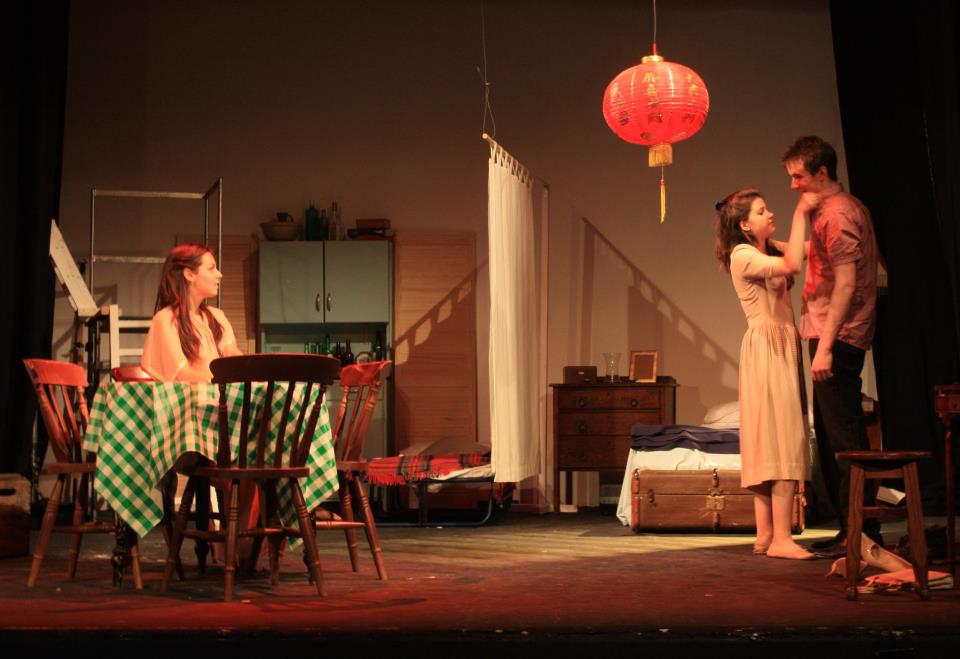 Nevertheless Grace Cheatle and Michael Forde both assume their accents naturally, their vocal conduct impressively consistent and controlled from the outset. From his initial entrance onstage, Forde’s physicality and voice screams out “Marlon Brando” and who could object? His charisma, swaggering strut and imposing facial expressions impeccably encapsulate Stanley; his characterisation is second to none, expressing tenderness, rage, drunkenness and bravado with realism. Forde’s performance as the infamous “Polack” is truly outstanding. Cheatle likewise achieves the balance between Blanche’s delicate frailty and strong manner wonderfully and does what many actresses dream of – portrays Blanche DuBois with real conviction. Her stage presence is uncanny; her physical and vocal composure does not falter and the demise of Blanche in her tiara and red dress echoes O’Neill’s iconic image of Mary’s final appearance in A Long Day’s Journey Into Night. Blanche’s temptress gaze intrigues the audience and then brings them to snivelling tears by the end, thus is the merit to Cheatle’s performance. 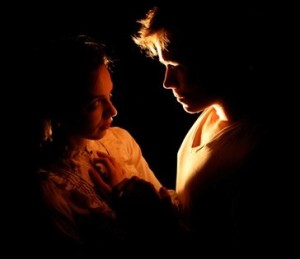 On stage relationships undoubtedly progress throughout the show, the sisters’ bond becomes more real and eventually it becomes clear that Stella takes on the role of older sister. Mitch and Blanche too grow into their relationship throughout the play via comedy, lingering gazes and dramatic tension. However it is questionable whether or not more direction is required to flesh out Stella and Mitch as characters in certain points of the play, in order to match that seen in Blanche and Stanley’s characters. A commendation must be given to all of the supporting cast members whose dedication to character and the action at hand is exemplary. 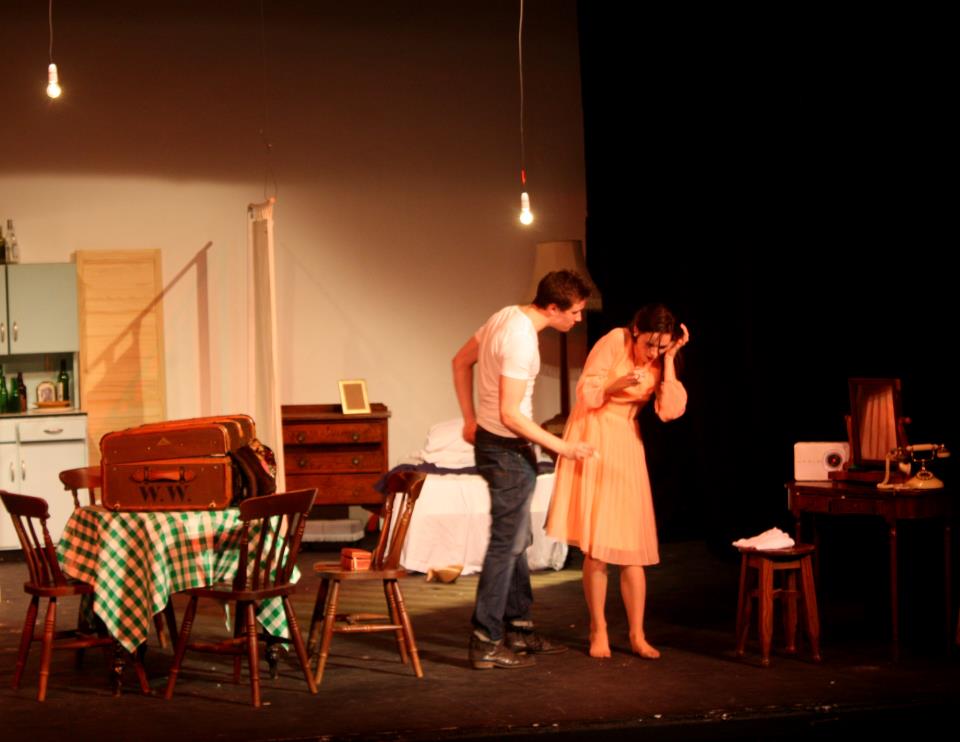 Overall Dann’s direction transcends onto stage brilliantly with such iconic and notorious scenes such as the rape of Blanche being handled tastefully whilst retaining all the horror and cruelty of the act. The show is littered with heart-stopping crashes which stun the audience into a jaw-dropped silence, however none so horrifying and terrible as the last. The chaos and pain expressed by every single cast member on stage is devastating, the tension; distressing. Dann’s direction and talented cast come together to create an incredibly dramatically intense final scene (which I hate to use a cliché to describe, but it) actually takes the breath out of your lungs. Blanche’s final line “I have always depended upon the kindness of strangers” hangs in the air and, owing to its profound impact, significantly delayed the applause of the stunned audience around me. 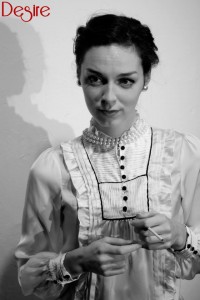 An engaging performance by fabulous actors, a well utilised set, well-choreographed lighting and enchanting music under incredible direction makes A Streetcar Named Desire well worth the hours of watching and weeks or rehearsing. Though beginning uncertainly, this show grows throughout its performance into something truly moving and unsettling and I have no doubt that the standard will continue to rise throughout its run. Harrowing, tragic and unnerving, Thrust Stage’s Streetcar really is a show to see.