Cardiff SU have spoken out after Y Plas was at full capacity by 9.45pm on Wednesday

For the second week running, Wednesday's lash at Cardiff Students' Union was at full capacity, with queues reaching beyond Cathays' train station.

Despite free entry being permitted before 10.30pm and guaranteed entry with an advance ticket being allowed before 11, Cardiff SU was at full capacity by 9.45pm.

As a result of this, many lashgoers were disappointed after they were told that it was one in, one out from then on and the queues to get into Y Plas became problematic. The barriers segregating the ongoing construction from the pavement were knocked down and broken, with people getting pushed over.

Cloe, a final year said: "There was lots of room in front of us that we weren’t allowed to move into, and everyone came over from the other side of the train track and just stood in the road in front of cars." 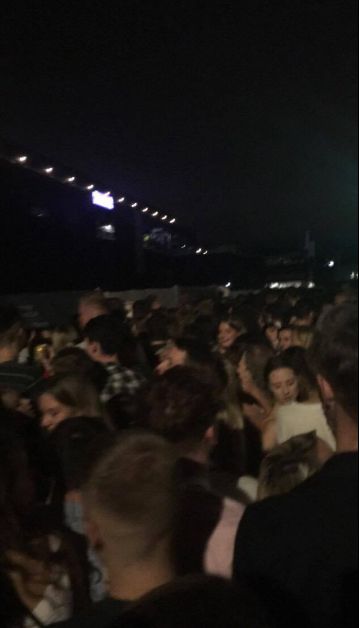 The queues outside the SU on Wednesday

Cardiff Students' Union have now given an official statement in response to Wednesday's high demand at YOLO and the resulting problems which occurred.

They have stated: "As always, our first priority has to be the safety of students in our venues.

"The volume of people attending [Y Plas] was over and above what we were expecting in such a short space of time. With this in mind, we're going to make some further changes next week."

As a result of this, The Students' Union will be open half an hour earlier at 9pm, with free entry remaining until 10.30pm. No tickets will be sold in advance either as most weeks, the SU reaches full capacity before 10pm.

Finally, they have added that it would be sensible for students to have a plan B night out just in case.

Undertone and 10 Feet Tall are set to close

All staff of the venues have resigned