Slorpe checks out the “I Love College” rapper on the first leg of his European tour.

I came under fire from a few people when I mentioned I’d be going to this gig. I got a lot of “Who?’s” and even a few “Oh, is he still about?’s.” Whilst partially offended by these questions, I do kind of understand them.

It’s safe to say that there hasn’t been much commercial output from Asher Roth in the 4 years since the release of his debut album ‘Asleep In The Bread Aisle’. However, if you’ve been following the mixtape scene, Roth has been putting out a steady stream of solid work despite setbacks to his sophomore LP. 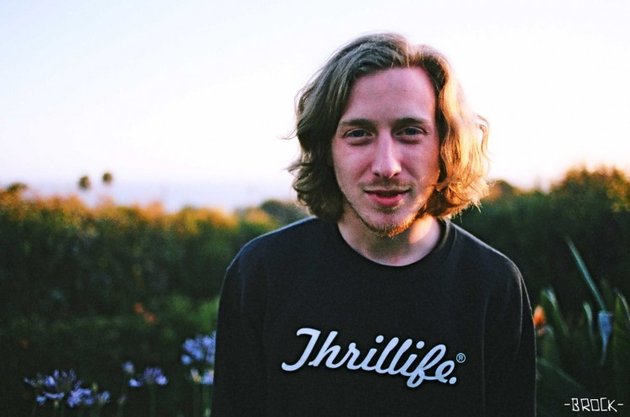 The hair is way longer, but Asher Roth is still around.

This gig kicked off with a nice warm up from DJ Kid Fury and local talent MC Chima Anya, whose trick of freestyling whatever the crowd asked him to went down a storm.

Roth was the main attraction though and his entrance had the intimate crowd at The Garage hyped as soon as they caught sight of him, which is a good thing because stage diving during your first song can either be bold or stupid.

From the start, it was clear that this wasn’t going to be a gig for those who hadn’t been following Roth’s latest work, as he launched straight into ‘Dude’, a song which has only been live on blogs for little over a week. Fine by me, I’m fully caught up on that so I’m happily bobbing with my hand in the air. 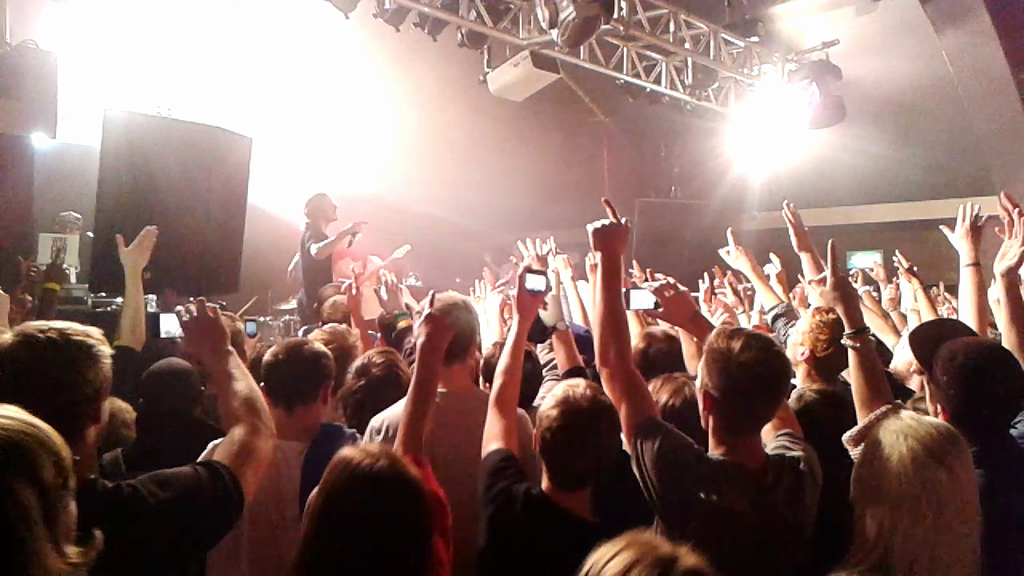 Things really start to pick up when Roth does the mainstream hits though, firstly by pulling up 2 fans to see who can rap along to ‘Lark On My Go Kart’. I was stationed towards the back (gotta stay close to the bar you see) so I never stood a chance of being called up, but let’s just say I’d back myself.

The prize for the winner? He got to call up 2 girls from the crowd to dance to ‘Blunt Cruisin”. One of these girls was clearly trying for some groupie love from Roth so if she’s reading this, how did it go?

On ‘La Di Da’ things take a calmer tone and the whole building begins to sing along, before the live band break out into a freestyle jazz session which showcases the quality of Roth’s support. His bassist by the way, may just be the smoothest looking cat I’ve ever seen.

After finishing with ‘I Love College’ which inevitably brings the house down, Roth returned for an encore to showcase 2 of his best mixtape tracks ‘Rik Smits’ and ‘Roth Boys’. Another bold move which I definitely commend, it (and the majority of the set list in fact) shows that Roth is looking to shake off the ‘Frat Boy Rap’ image which his initial success gave him.

In all likelihood Asher Roth is never going to be selling out world tours like The Throne do, but that’s ok, he isn’t supposed to do that stuff. With references to Shawn Michaels, Troll Dolls, Razor Ramon and Mr. Miyagi  it’s no wonder a suburban, slightly nerdy guy like myself can identify with his music. Importantly though, it seems Roth knows this too, as he was genuinely happy to be in London because of the support he gets here.

Roll on album number 2 I say.