My skirt’s probably too short

I’m precisely five foot ten and three quarters. I have been since I was thirteen. Some would call it character building, especially when it was combined with acne, frizzy ginger hair and a penchant for purple checked tights. I look a bit like a cross between a new-born giraffe and a praying mantis, given the fact that my legs are longer than my six foot three brothers’ combined with my weirdly small feet. Let’s get that out of the way.

When you’re six inches above average, you face far more quotidian problems than bad knees and perpetual reminders from less vertically blessed friends that ‘you’re just so…. TALL’. I can make fun of it now because I’ve had to come to terms with the fact that there really is no such thing as height reduction surgery, but having the societal cons of being both a tall girl and having ginger hair can make an already awkward teenage girl just that little bit more likely to stoop into the corner. I won’t go into a rant about how toxically heteronormative it is to expect women to be smaller than men, not to mention the problems it creates in terms of masculine identity for guys whose height begins with the dreaded 5 foot, but, to the boys at Bromley South station who used to shout ‘lanky freak’ at me, this one’s for you. 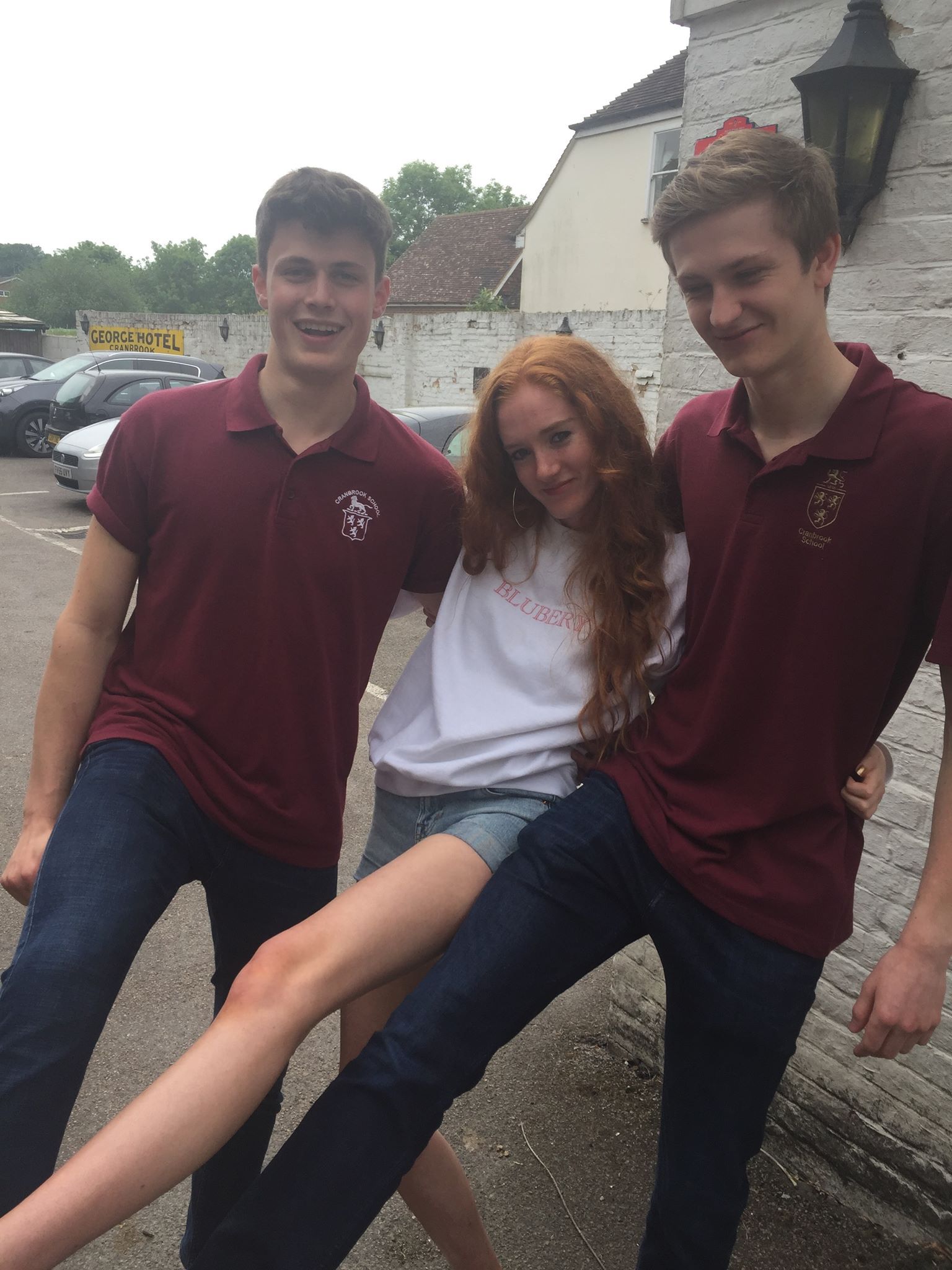 I’ve always been a bit obsessed with the way I look. When I was little it was all about how aggressively I could resemble a Disney Princess, but when I reached my teens it became a way of distracting myself and anyone who saw me from the insecurities I created in my own head as a result of everything from the shouts to even the innocent comments that my friends made about how much bigger I was than them. Going to an all-girls school until I was 16 made it stick out more, my head sticking out of the top row of the school photo: while my friends rolled the waists of their bottle-green kilts up, mine sat dangerously mid-thigh, despite my mum having bought it in the longest length you could get. The dichotomy between older ladies on the street stopping me and telling me I could be a model and my English GCSE teacher telling me I’d never find a husband because I was so tall was baffling, if not soul destroying.

This comment just didn’t sit right with me, but not for the reasons you’d necessarily expect. Still in love with fashion, the girls I saw poring hour after hour over Vogue, Elle and Tatler were as tall, if not taller than me, and walking for some of the most influential couturiers in the world. But when I haunted the shopping centres at the weekend with my feral pack of girlfriends, every skirt I tried on was too short, every waist too high, and when something was miraculously long enough, it would inexplicably be about seven sizes too big, because apparently the slimmer you are, the shorter you are too.

Obviously, most girls are far smaller, and shops cater for them. Tall ranges do exist, but as I yell at my friends every time we shop, I am irrationally opposed to going there, on the grounds that shops for ‘elegant ladies’ (vomit) inexplicably have very large furniture, in attempts to make us feel normal, and make me feel like a zoo animal. (Side note, I wear a 34-inch leg in trousers, which I, and most people, concur is kind of freakish. Every pair of tall section trousers I have ever tried on has been at least four inches too long. Who are they catering for?) 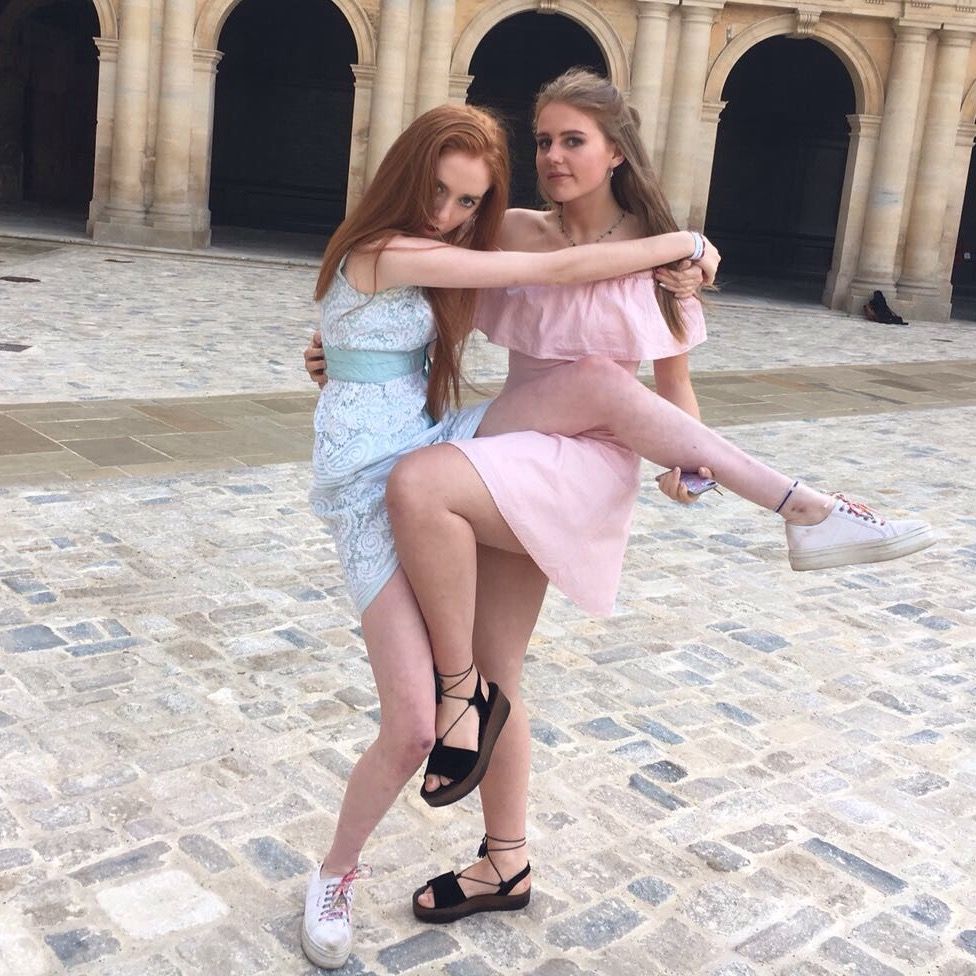 So we can agree that Tall Shops ™ are on a losing streak. And a revelation: I have no problem with wearing the same clothes as normal sized people! My sixth form years were plagued with SIMS hits for wearing skirts that were too short, dresses that revealed too much leg. Admittedly, I probably love miniskirts a bit too much. My argument always was, and is still the same: proportionally, I am showing as much regulation black tight as everyone else! Just because my skirt is more than a hands’ length above my knee doesn’t make it inappropriate, and shouldn’t they be asking themselves why they are sexualising a 17-year-old girl’s legs anyway? I still got a detention but felt like a crusader of larger ladies everywhere.

Obviously, some things are just too short, and, a shock to my house mistress, I don’t actually like flashing everyone when I stand up. Tall girl tip—learn to sew! Kill two birds with one stone—make yourself clothes that nobody else has and vent your anger at patriarchal feminine norms on a sewing machine, not to mention creating a dialogue about sartorial sustainability. I get a lot of dress patterns from junk and charity shops, as although women used to be shorter (thanks, evolution), styles were also more conservative, making some very cool sixties shifts and boho seventies kaftans work out about normal length on me. The same goes for vintage clothes: unique, well made and better fitting, they’re ideal for taller girls. 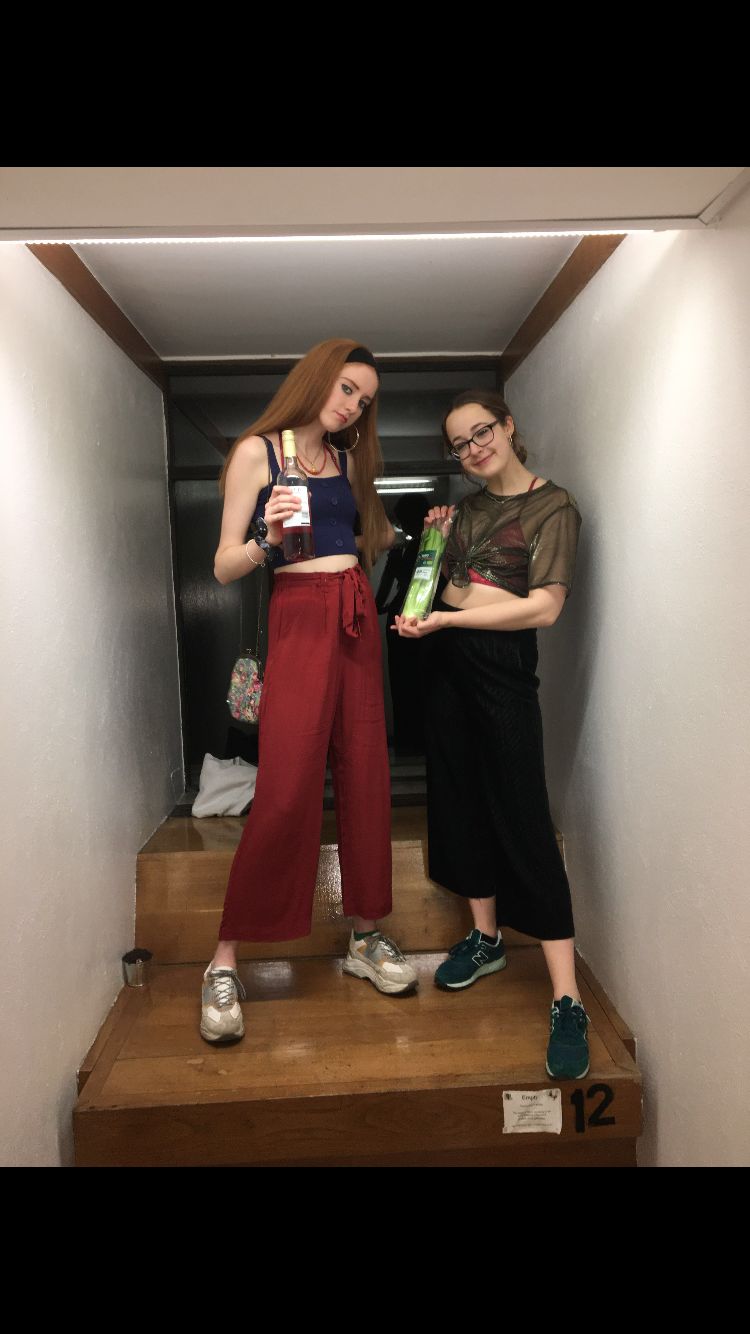 Despite my lamentations, I’ve learned to love being tall. I’m super easy to find on nights out (don’t forget, I’m really ginger as well. Convenient!) and I'm quite good at netball by default. There’s a healthy dialogue about weight-related body image issues going around now, but people rarely talk about the damningly unchangeable confidence issues that revolve around height. Fashion, despite being a mask for me for so long, led eventually to the self-confidence that I enjoy today, perhaps something to do with ditching the purple check tights and buying some hair straighteners. Who knows, maybe one day I'll reach seven-year old me’s goal and reach six foot: if I do, I'll do it in the shortest skirt I can find.