When I saw Saint Joan the theatre was quite empty. This is perhaps not that surprising, the story of ‘Saint Joan’ is, admittedly, quite an unusual one. A play about a fanatically religious medieval French girl who hears the voices of saints, leads armies and then gets burnt as a heretic may not seem like it should be enjoyable if you are not fanatically religious, but the triumph of Saint Joan is that it is enjoyable, regardless of who you are. Actually, Bernard Shaw’s script is quite funny, despite it’s dark source material, and all the actors do an excellent job of bringing these moments of levity to the fore, even making the audience laugh in some of the darkest moments. 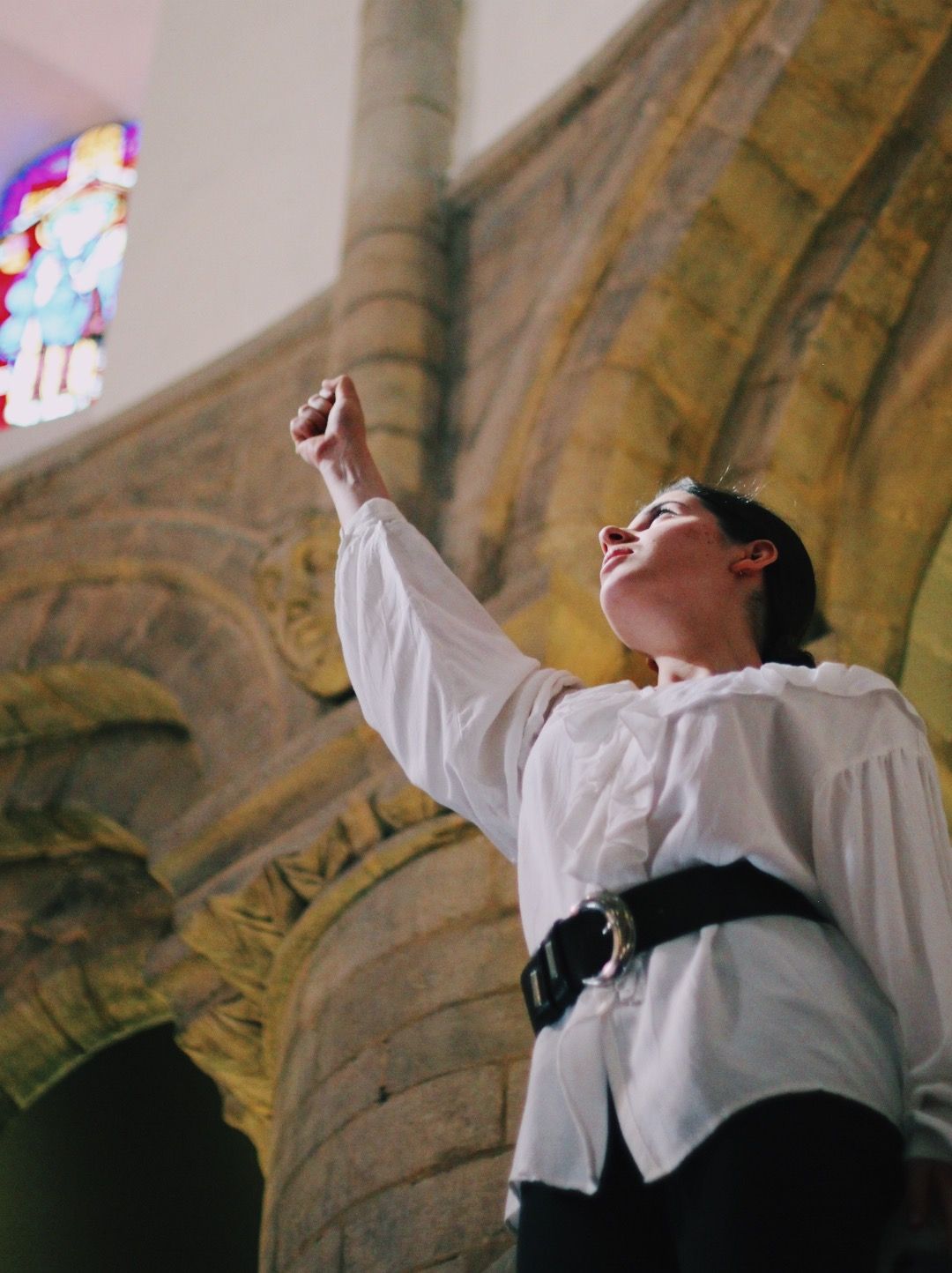 Joan herself, played by Louisa Stuart-Smith must be particularly commended for her performance. Stuart-Smith’s Joan is naïve, ardent, perhaps quite impetuous. She makes the character seem very human, makes her youth stand out, and this is key because Joan of Arc was only nineteen when she was burnt, around the same age as the actors in the play. The pathetic figure of the Dauphin is played well and with comedic effect by Dominic Carrington and William Batty’s drawling Archbishop and frustrated Squire are also played comically, making these powerful figures seem just a bit ridiculous. Not to suggest this play is a laugh-a-minute, that would probably be inappropriate, but there are plenty of light moments among the more dramatic ones. 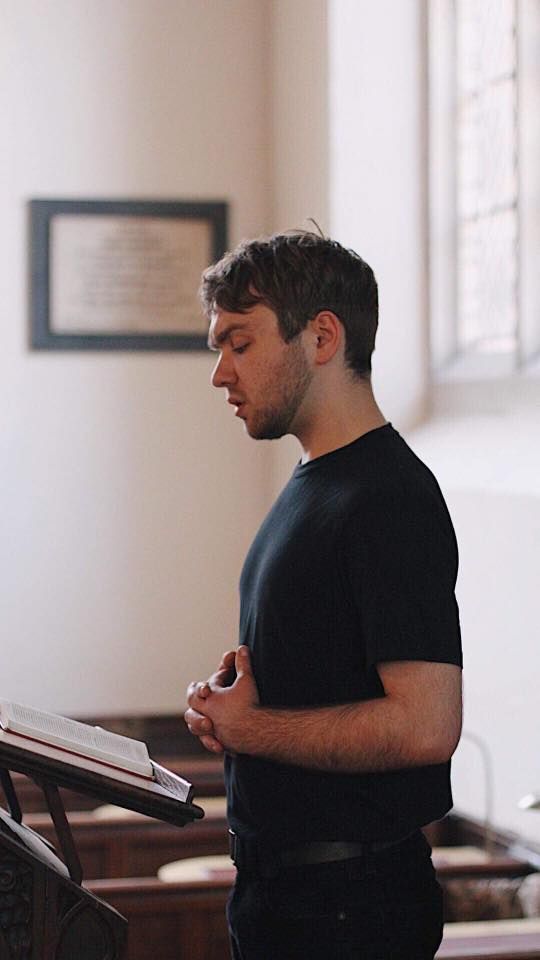 I won’t pretend the production was perfect, a few lines were stumbled over, it took perhaps a little too long to move the set pieces about, but this did not really detract from an otherwise thoroughly entertaining performance. The set and costumes were no Game of Thrones, but were a good nod to the Medieval setting, believable enough that they did not throw you out of the experience. As several actors were playing multiple characters costume variation was important and this was done well, it was never confusing as to which character each actor was playing at a certain time. I particularly enjoyed touches like a projected stained glass window to convey the setting of a cathedral, which added well to the feeling of churchy lighting, bathing Joan in coloured light as she made her holy proclamations. 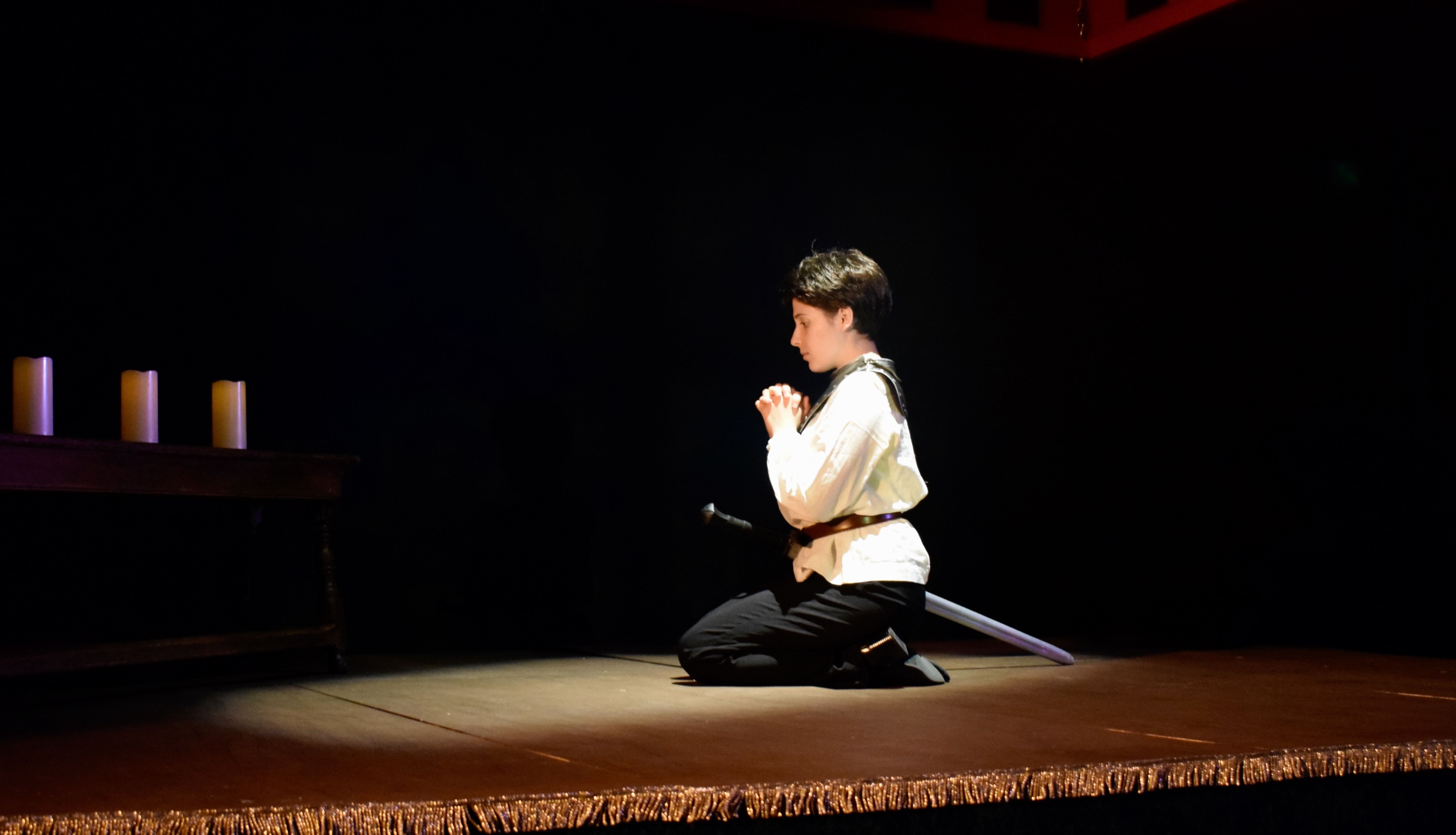 Overall, you should take a chance on this show, it deserves to be seen. Joan’s story may not seem like it will entertain you, and I can’t beat around the bush and pretend it isn’t very religious, but it is also a poignantly feminist story, of a woman defying gender roles and being killed because she was too good at being like a man. What is noticeable throughout the play is that Joan is pretty much the only female character. Saint Joan isn’t just a Christian story, it’s a very human story, and that really comes through in this production. So please, go and see it, I promise it’s worth your time.