Strippers, coffins, and black arm bands: how Cambridge reacted to the admission of female students

Cambridge University’s shocking history with the admission of women

In 1972, one ex-Clare college student sent a letter to his old college, returning his old rowing blazer alongside a letter that proclaimed that he was "[shocked]" and "[appalled]" at the actions of the college; because of Clare's recent decisions, he subsequently "had no wish to wear [his] blazer anymore". The heinous act that made him denounce Clare? The decision to allow women into the college.

Michaelmas term this year marked the thirty year anniversary of the last all male Cambridge college, Magdalene, finally admitting women – a period of time that is, by no stretch of the imagination, very long ago. Whilst the Cambridge of today prides itself on being a "woke" institution, the story of student opposition to women's admission proves that just a generation ago, misogyny was rife amongst the student population, with many mobilising against the admittance of women into their colleges.

Women have been part of the university since 1869, following the foundation of the first all female college Girton by suffragist Emily Davies. However, in spite of their admission and ability to attend lectures and classes, it was not until 1947 that the university allowed women to graduate and take full degrees; a full 26 years after Oxford, and the last university in the country to allow women to do so.

When it was suggested that women be allowed to take full degrees in 1897, it triggered mass protest. An estimated 20,000 people – predominantly students – gathered outside Senate house whilst the university deliberated on the matter. 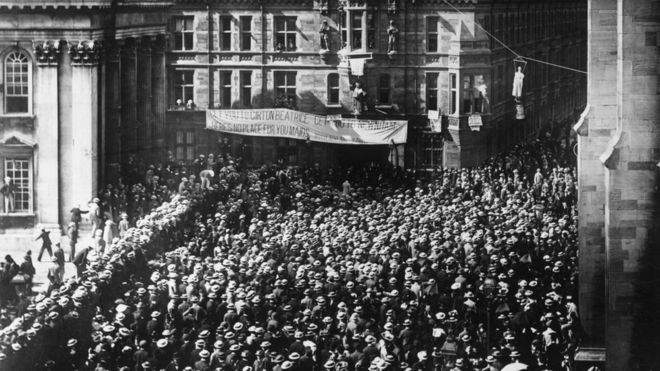 Getty images/ Hulton Archive: The banner hung from Gonville and Caius reads "Get you to Girton Beatrice, Get you to Newnham, there's no place for you maids" – a reference to the two all female colleges at the time

Students paraded with banners decorated with slogans such as "No Gowns for Girtonites" and "Varsity for Men", whilst other protestors threw eggs, oranges, confetti and flower, with some even letting off fireworks – remnants of which were donated to the university in 1921 and can be seen on display at the University Library. According to a newspaper report from the Cambridge Daily News on 21st May 1897, there was even a dog that "strutted about, with tail proudly erect, from which drooped a Union Jack", elevating women's admission from a mere university issue to a matter of national pride.

Perhaps most shocking was the effigy of a female cyclist hung across the end of King's parade. At the news that the University had dropped the motion to give female students full degrees, defeated 1,707 votes to 661, students celebrated by decapitating and maiming the effigy, proceeding to stuff its headless body through the gates of all female college Newnham. Delightful.

This would not be the last time that male students would attack Newnham; when a 1921 poll recommended women be given full degree membership, a mob of students attacked the college again, where they inflicted serious damage on the gates. 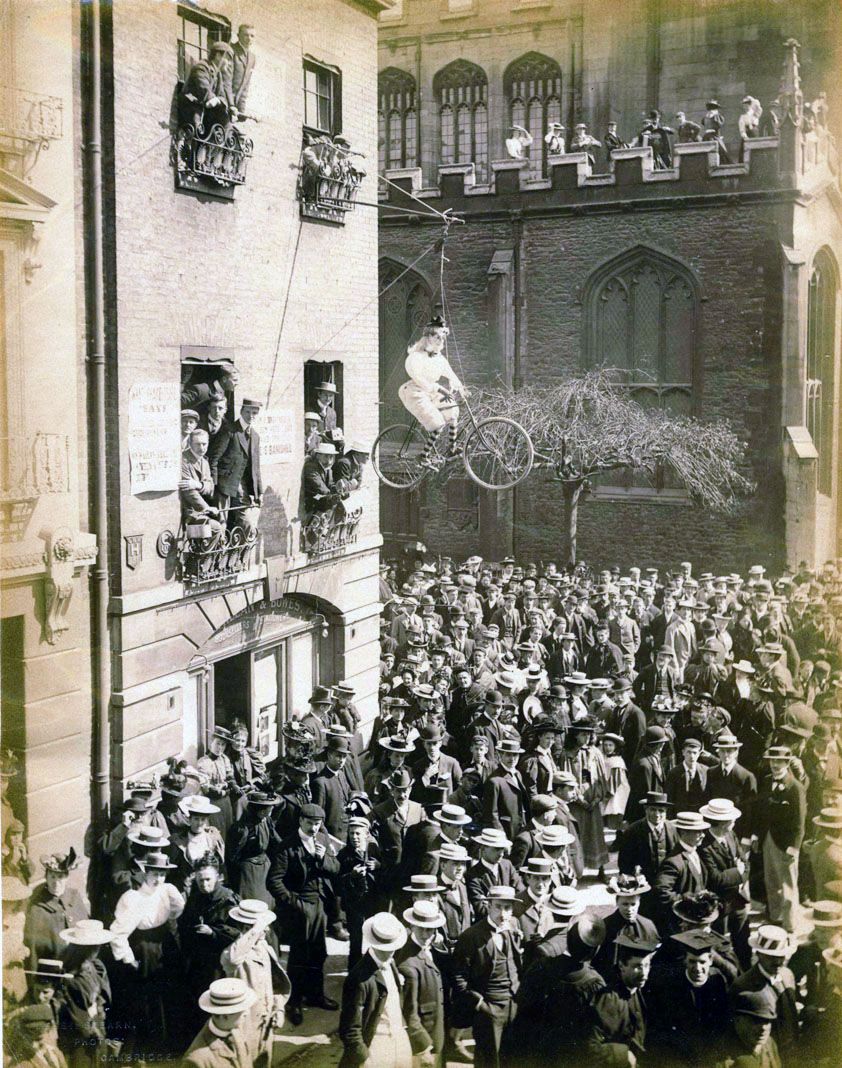 Princeton Graphic Arts Collection: The effigy of the female cyclist hung by the protestors

It may be easy for some to excuse such behaviour by the fact that it occurred just over a hundred years ago (even though the first women had been granted degrees in 1880, nearly a full twenty years prior to the 1897 protest). Much less excusable was the reaction of students and university officials in the 1970's and 1980's as the wave of women were gradually allowed into previously all male colleges.

In 1972 King's, Clare, and Churchill were the first all male colleges to admit women; a move described by one bursar as a "letting of cats into a dogs home". The University was somewhat dumbfounded as to what to do with their new female students; to cater to the perceived needs of women, some colleges decided put ironing boards and longer mirrors in the rooms of female students, whilst others had logistical panics over what to do with sanitary waste.

Although it didn't get to the point of outright protest, student opinion echoed that of 1897; in a 1979 student press article, a St Catherine's student was quoted as saying that they had no problem with the college becoming co-ed, "so long as they do our washing". When neighbouring Queens' allowed female students the following year, the JCR committee organised a stag night for the college, wherein strippers were hired for one last celebration before the first women joined the college the next day.

When St John's admitted women in 1982, Head Porter Bob Fuller flew the college flag at half mast and wore all black in "mourning" for the college, describing the entrance of women as an "invasion". He was quoted "[sighing]" in the 19th October 1982 edition of the Daily Mail, having hoped that "with 750 students we could have held out" against allowing women into the college. 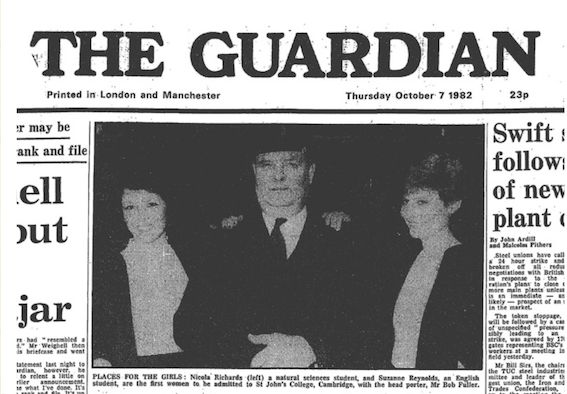 Magdalene was the last Cambridge, and indeed, the last Oxbridge college to allow women, admitting women for the first time thirty years ago in 1988. One edition of the Varsity Handbook likened the treatment of female guests by Magdalene students as "like tarts in some frontier rush town" – an indictment of the "laddish" behaviour present in the college.

As was the case with St John's, the Magdalene flag was flown at half mast as women entered the college, with some students also choosing to don black arm bands. Students also allegedly marched around the streets of Cambridge carrying a coffin to mourn the "death" of the college, and the Oxbridge institution – an attitude strongly mirroring that of the students of 1897.

Misogyny is no relic of the past; just a generation ago, male students considered letting women into their colleges akin to "death"; an act to be mourned with black arm-bands and mocked with stag parties. Thirty years ago, the same attitude toward female students that caused protest in 1897 was alive and kicking in Cambridge – something that is both disturbing and important to remember in consideration of women's experiences in Cambridge today.