The highlights of Cambridge this February

So LGBT+ History Month is over, and what a month it was.

In case you couldn't make it to every Glitterbomb this February, here's a roundup of the best bits of the last 4 weeks. 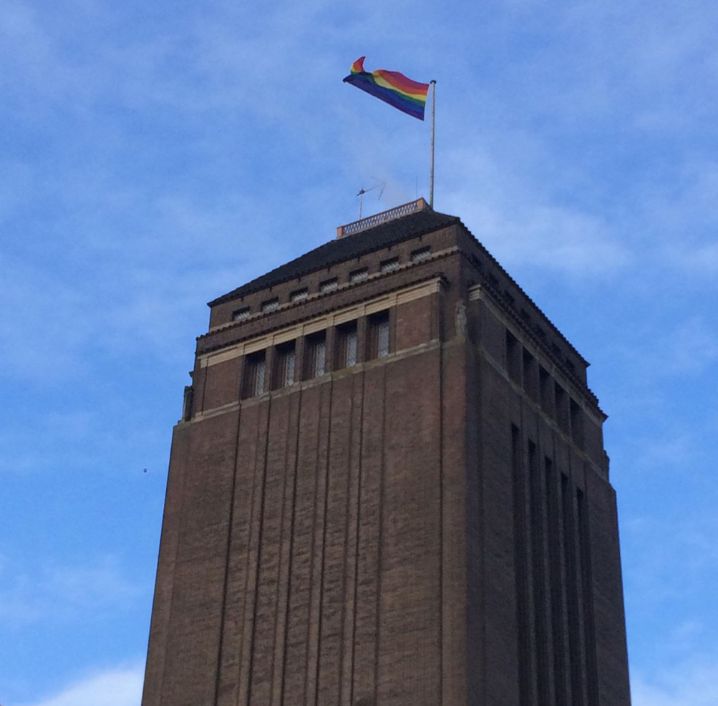 Even the UL was celebrating.

So. Many. Flags. Even the Raven login had a rainbow attached to it on 1st February.

The ubiquity of flags in Cambridge this February hasn't been without controversy. On 19th February, King's College Council unanimously decided against a motion proposed by the King's Student Union (KCSU) Vice President and LGBT+ Officer to fly the transgender flag on above the Gibb's building on 28th February. Proponents hoped that flying the trans flag would "raise awareness of this section of the LGBT community, often one that is overlooked". The Council, however, were reportedly concerned of the "proliferation of flags" flown at the College, and were doubtful of whether the transgender flag was well-recognised enough to warrant flying. 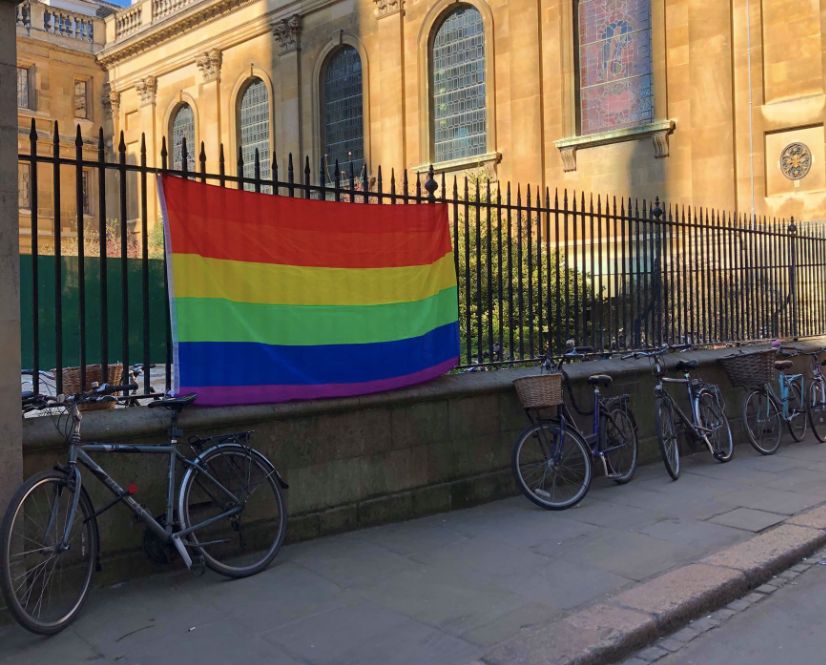 Nonetheless, many Colleges enjoyed new highs in their celebration of the LGBT+ community this term: Trinity, John's and Trinity Hall flew the flag for the first time, Emma set a new precedent by displaying it on the main flag pole and Clare was allowed to put one up as a banner. 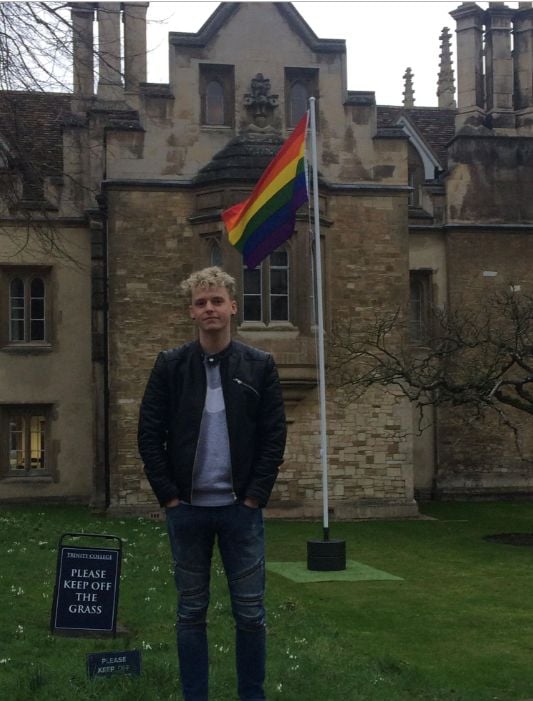 Our very own Opinions Editor standing in front of Trinity's LGBT+ flag.

Whilst Cambridge's first Pride isn't until this June, February was not short of events celebrating Cambridge's LGBT+ community.

Pembroke New Cellars' Week 5 production of 'How does it feel?' was written and performed by LGBT+ people who feel their experiences are under-represented. The Cellars explored overlooked identities through theatrical devices from stand-up to personal testimonies, generating the solidarity which is so fundamental to LGBT+ History Month. 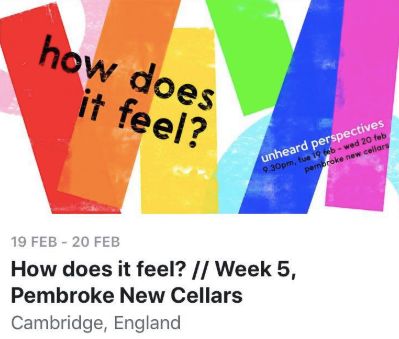 'Unheard perspectives' was the focus of the Cellars' production (Source).

The Fitzwilliam Museum similarly sought to give primacy to the LGBT+ community's contribution to culture in its 'Love Art After Dark' event towards the end of the month, transforming the Fitz' historical space to celebrate the queer community's impact on art and history.

Some attendees questioned the extent to which the Fitz's production was truly representative of the LGBT+ arts community; nonetheless, it contributed to a number of events which allowed students to step back from the cisnormative, heteronormative narrative of history we often struggle to escape.

Some events to this effect were slightly more impromptu.

Following a rapid correspondence with The Tab Cambridge's own Deputy Editor on Twitter, Miz Cracker gave a talk and interview in Emma Chapel the Saturday prior to her (magnificent) performance at Glitterbomb on 12th February. 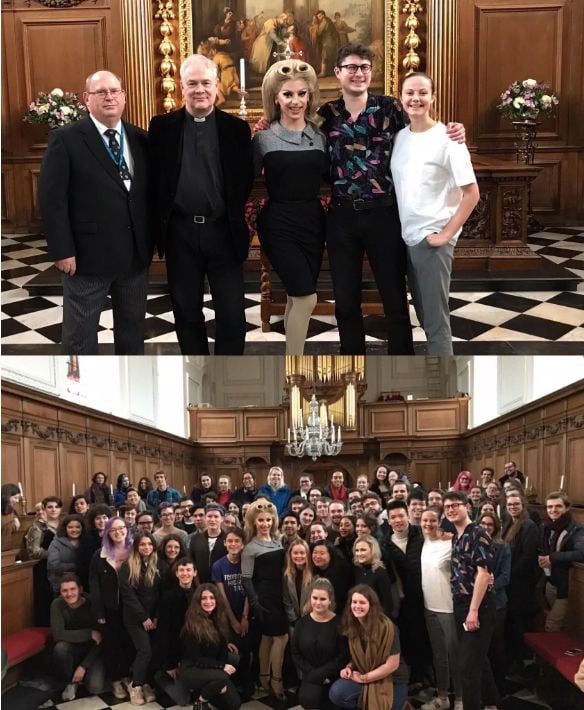 Miz Cracker alongside her welcoming committee and the huge audience which she drew. (Source: Emmanuel College Student Union).

Speaking to The Tab after her talk, Miz Cracker covered everything from the current season of Drag Race All Stars to the inherently political nature of Drag. In case you missed it, you can watch Miz Cracker's talk here.

Combined with ubiquitous formals, including four on the 28th February alone, the LGBT+ solidarity this month has been palpable.

Hopefully, this opportunity to reflect upon the voices of the LGBT+ community – too often overlooked – will set a precedent carried throughout the year in Cambridge.