As a city Cambridge has a considerable problem with homelessness, it's been estimated by the charity Shelter that 1 in 784 people in the city are homeless. And it's come to the attention of the Tab that at some of the University's sites they have been installing 'anti-rough sleeping' lights in order to deter homeless individuals from staying there.

An example of where these lights have been installed is just off of Mill Lane. A source told the Tab that they believe the lights were installed within a month of the homeless starting to sleep in the area. The lights recorded cover quite a significant area.

The lights are situated through the gate in the left of this image, directly opposite the entrance to the Mill Lance Lecture theatres. Source: Google Streetview

As well as being a deterrent for finding a place to sleep, these lights are blue which means they are intended to also prevent the injection of drugs. 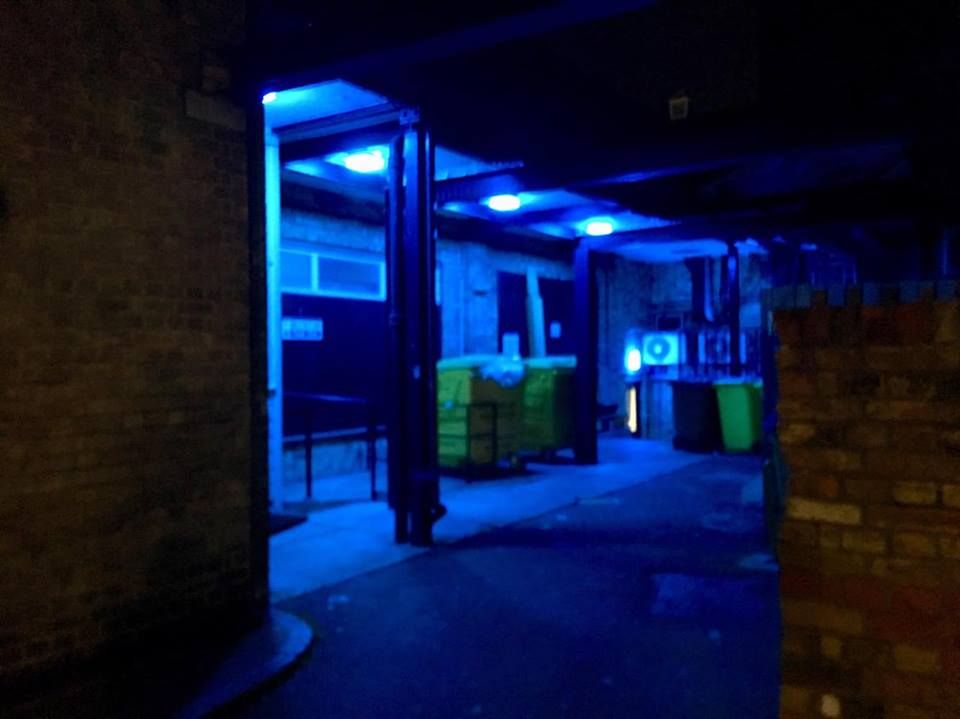 However, there have been studies which have found that having these blue lights do not deter drug users. In fact one found that 18 in 30 were not deterred. And when they do inject they were more likely to miss or inject in more dangerous places like their neck – which is more likely to lead to more injury and infection. Another study went as far to echo what a source had said to the Tab about the situation in Cambridge, as they concluded that the installation of lights like these were an act of 'symbolic violence.'

On the university's website there is little to say about how this 'world leader' of a university looks at homelessness in its own city, with the four articles that come up looking at the issue in a, somewhat jarring, objective way. It appears that the university primarily wants to push problems of the people it shares a city with very much out of their view.

Overall, it seems to show a lack of consideration from the university. As one of the biggest employers and biggest sources of wealth within the city, it arguably should be doing better than facing the homelessness problem with harsh lighting.

Faces of Cambridge: Giving the homeless a voice – JOIN OUR COMMITTEE!