Stormzy says Oxford is too big for its boots!

Oxford turned down the Stormzy Scholarship which is now at Cambridge

Over the summer we reported that Stormzy was founding a scholarship to enable two Black students for 2018 and 2019 intake to go to Cambridge university fully funded. He pledged to cover the tuition fees and the maintenance costs too.

But Stormzy revealed last night at an event in the Barbican to launch his book: Rise Up: The #Merky Story So Far, that his scholarship plan was rejected by Oxford University.

Stormzy said that Oxford simply didn't want to get involved in his scheme to encourage Black students to go to the elite university, which surprised the audience at this event. 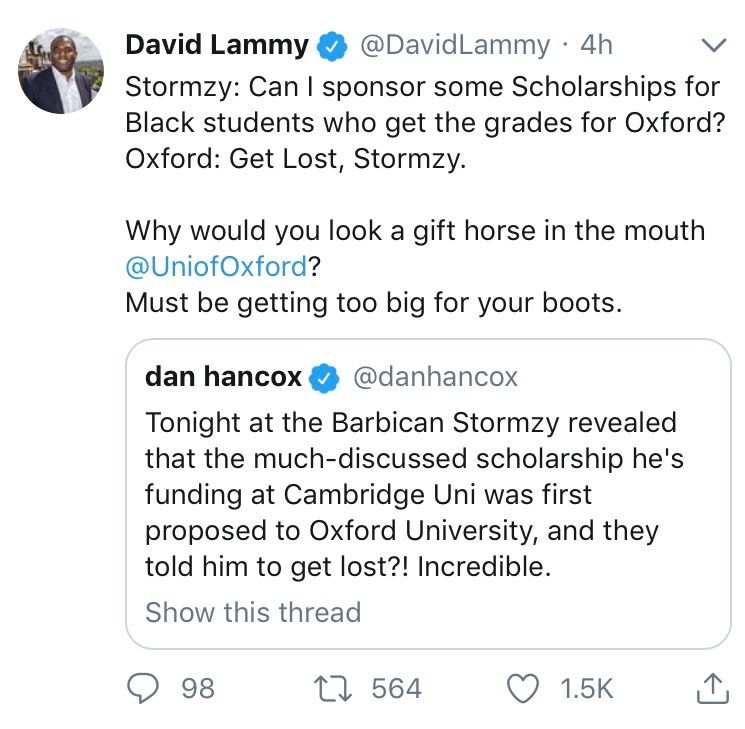 The University of Cambridge joined Stormzy on his project to encourage kids in school who are "badly behaved" yet have "genius and incredible minds" to apply and go to the best university in the country, when Oxford did not.