REVIEW: Netflix and Will

'This is a show about failure' is the quip Will Hall provided as a starting point for his reviewers (very kind of him to make our jobs easier – other performers, take note) to begin his first show. Will is a veteran of Cambridge student theatre by now – I counted 33 Camdram credits – with roles performing and hosting student comedy, as well as more serious dramatic roles. So usually I'd take his soundbites to heart.

However, I disagree with his quote: I don't think Netflix and Will is actually about failure. It's about awkwardness, stumbling into absurd situations, falling into cases of mistaken identity, not being quite sure how you got here. That's the thread that carries through the best parts of Netflix and Will: from accidentally ordering the wrong Facebook album on Photobox so he received 24 photos (8×10 and 'framed') of his own face, to upsetting his first girlfriend because 'I reminded her of her dead horse', the catalogue of absurdities was comprehensive enough to fill the Corpus Playroom. 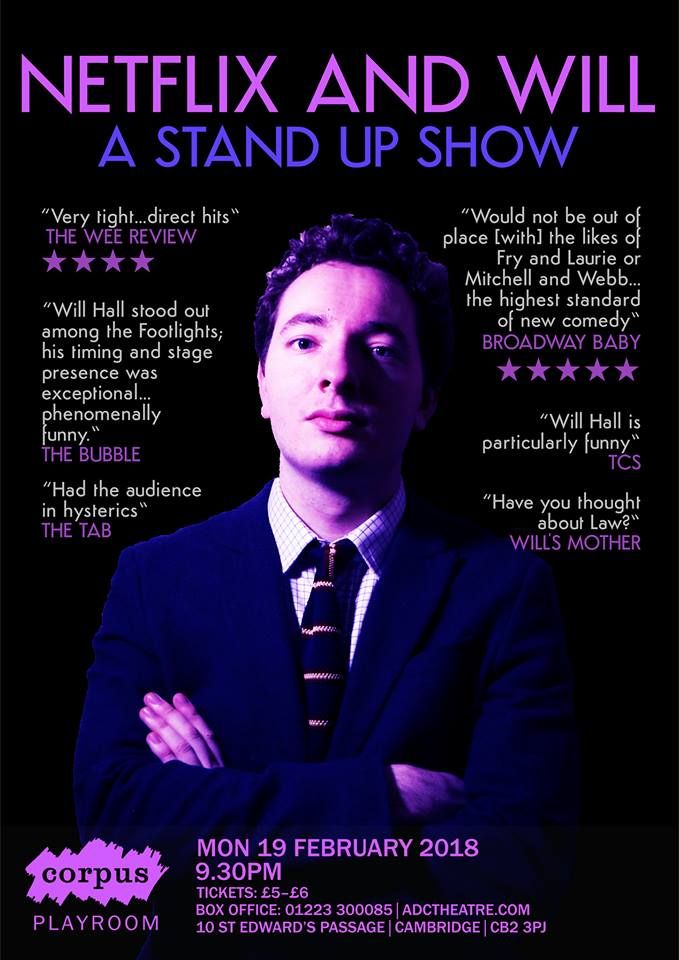 The star of the night was Will himself, more than his material. Any flat jokes couldn't shake the absolute knowledge, from about minute 2 of the performance, that Will is a bloody good comedian: warm, charismatic, easy in delivery, self-deprecating without crossing into uncomfortable insecurity, jokingly flippant without losing sincerity. He's great to watch, and a very good storyteller.

It was a show with plenty of laughs, but rarely hit hysterical-laughter territory. The sense I got was that I don't think he's settled into his style yet (perfectly reasonable, given this is his first full solo show). He has the ability to skilfully build up stories so that they gradually get funnier and funnier – the Stephen Fry and baby name bits were highlights here – and is good at off-the-cuff, with some of his asides being funnier than his planned material. 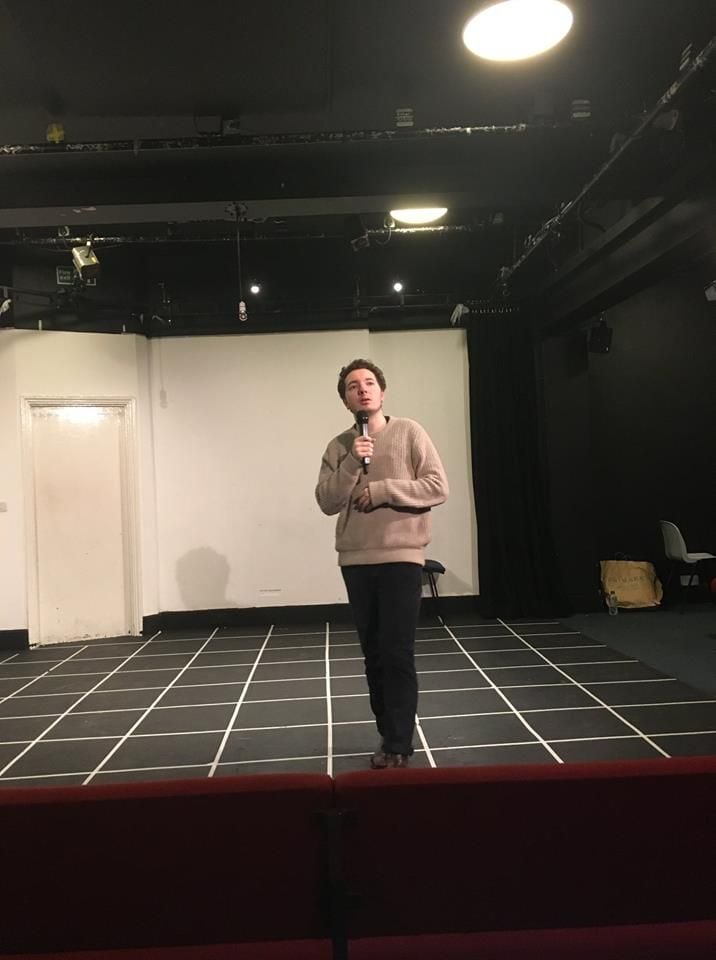 But, to use an only partially helpful divide, he's not really 'taken a side' between 'off-the-cuff' and 'rehearsed' comedy. If he wants to rely on pre-planned material, then a bit of tightening would be useful, like with endings (the ending of the Stephen Fry bit was brilliant, but often others seemed to meander off; there were connections between some bits, but others were non-sequiturs, without much attention being paid to the incongruity of the non-sequitur).

However, he also shows signs of being able to do good 'off-the-cuff' comedy, such as making new humorous observations about his subject matter in the middle of a set piece. In that case, maybe adding in some audience participation might add an interesting dimension to future shows.

Regardless, I think he'll definitely benefit from both more material and a better sense of how he wants to characterise himself in his shows, which will both naturally come from more time in comedy. This show was testing out a lot of stuff – which bits work? How does swearing fit into the act? What am I comfortable with saying? – and so sometimes didn't feel like a unified whole (it's hard to maintain both 'joking about virginity' and 'joking about sex life' in the course of the same show). But it was also consistently entertaining, and never seemed stilted or forced (an easy pitfall for student comedy).

In any case, Netflix and Will is a show of promise from a student comedian who's funny, likeable, and very at home on the stage. Keep an eye on him.