Craigslist is a strange and magical place. Just in time for May Week, have The Tab found the solution to your pathetically bad love life?

You’ll never find a more wretched hive of scum and villainy than Craigslist.

But for desperate, sexually inactive nerds (which lets face it, most of us are) it’s a chance to fill the deep hole in your heart, which is meaningless sex with strangers.

Craigslist is often innocently assumed to be a place to trade second hand items and job applications, but like most communities, there is a dark and smutty sub culture of casual sex. I’m not gonna lie, it’s filled with the kind of munters you’d only find if you ventured into the deepest recesses of ARU, but that’s the point, these people use Craigslist for a reason. So, having not got laid for months (and of course for the sake of journalism) I begrudgingly signed up for consensual anonymous sex. 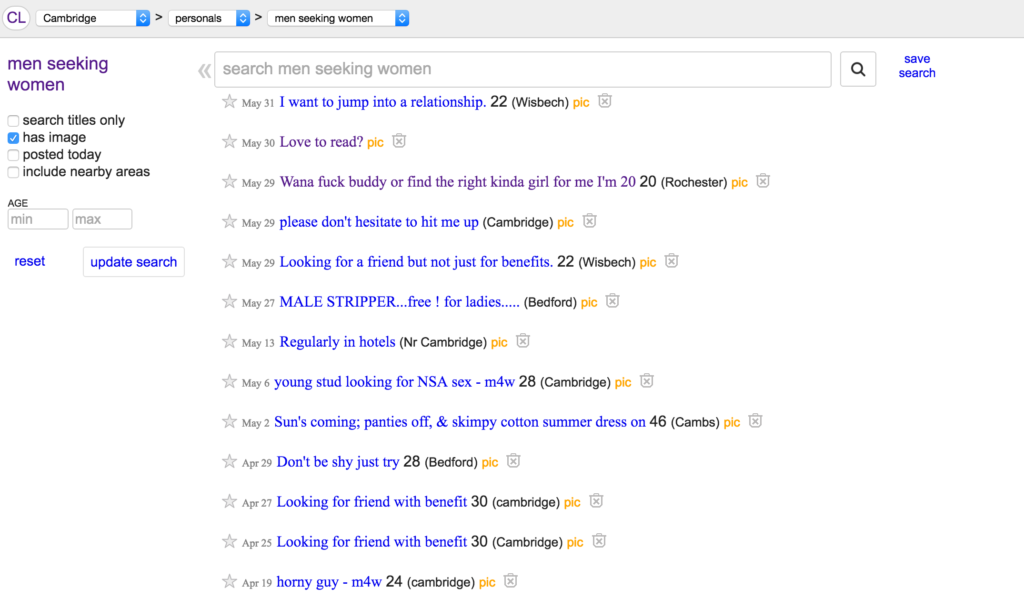 Is this where the worst people on Earth congregate?

The first thing to know is that only men post. There are practically no real women on Craigslist. Were I straight, I don’t know how many times I would have started talking to a hot, photoshopped, babe only to realise I’d been wasting my top chat-up lines on a robot.  The second thing to know is that if you are a desperate gay, like me, you can get sex within seconds of chatting with any other gay man on Craigslist. Seriously, after mere seconds, a plethora of keen David Starkey look-a-likes messaged me, offering to pick me up in their white van, which was kind of them. It was too easy. As a challenge, I repressed my blatant homosexuality to see if it’s possible to actually score a woman. For journalism.

So I posted an embarrassing but politely smutty ad, reading: “Please have sex with me.” Even though I asked for a woman, I got a horde of messages about how the prostate is there for a reason. It turns out that to get sex with a man on Craigslist you don’t even have to be a particularly desperate gay. You don’t have to be gay at all.  The next morning, feeling like I’d eaten a bad curry, I continued on my journey to find a woman. With my ad apparently only attracting the unattractive members of The Adonian Society, I tried one more time to find a real girl, one who would be willing to have sex with me. 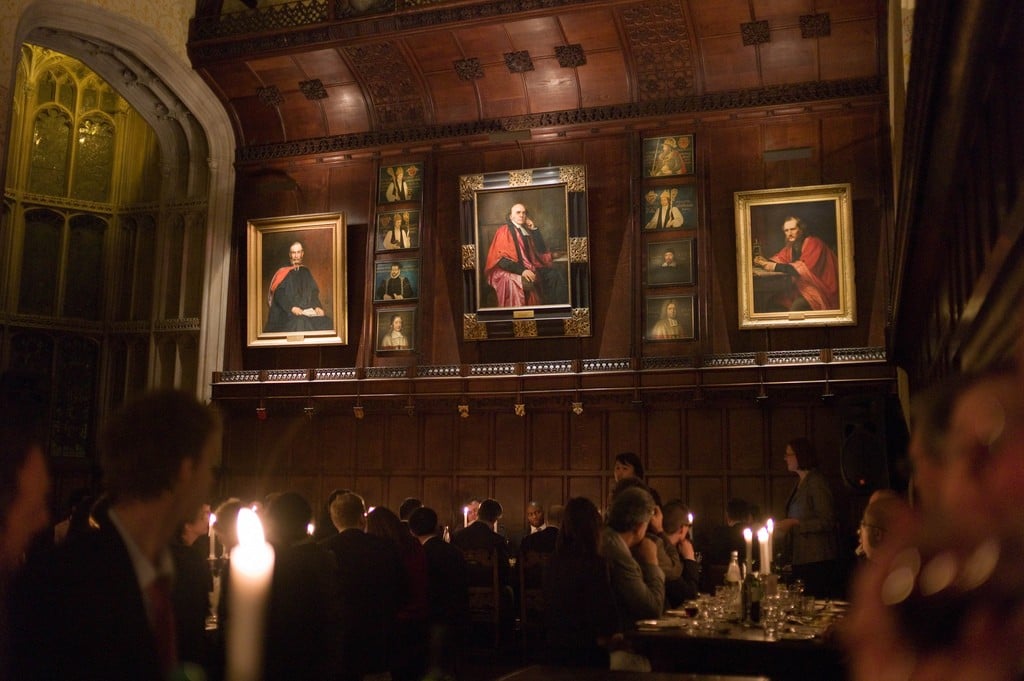 Most of these men are also on Craigslist.

Despite impossible odds, I found an actual student who simply asked me to describe what she should do with her evening, and to tell her a bit about myself. With sincerity and passion, I described my pathetic life in full detail.  In response, she decided to send some distasteful nudes. High on success,  I  sent back some snaps of my ridiculous chest hair covering my untoned pale flesh. Despite seeing my unflattering hairy nipples, which look like a pair of dangerous bacteria, she agreed to meet up in her post-grad accommodation.

So I hopped and skipped into town and found a place to creepily lurk in the shadows as I tried to identify this mystery woman using my newly acquired nude pics, like a hipster Dr. Jekyll waiting for his victim. Fortunately she was able to identify me by my hairy physique and signature hunch. She led me by the hand, silently, which I obviously followed without question. After cautiously finishing her batch of home-baked cookies, we went straight to her room. When I had finished the foreplay (and a cigarette) I eventually managed to get it up and complete my mission.

You have to appreciate the rhetorical dexterity.

I would highly recommend it, but the point has to be made that it is in no way safe. It’s not even fulfilling. It’s soulless, emotionless but it gets a load off, if you’ll pardon the pun. Just on a side note, if you happen to see an ad from a 19 year old guy at Fitz with a vampire fetish, just ignore it.