We can only change NUS from the inside

The best way to change the National Union of Students is to keep our seat at the table and work for the reforms Jewish students deserve.

NUS has serious and structural problems. Jewish students have been failed by the response to anti-Semitism. Concrete and immediate action is required to change the culture of our national union.

For all of these reasons, we have to vote No and stay affiliated.

We cannot abandon the NUS and hope that it will change in the direction we want. There are major attempts being made to change NUS from the inside. Last week the NUS Vice President for Union Development, Richard Brooks, visited Cambridge to speak about the new plan for the union. This plan includes an anti-racism investigation that will explicitly include anti-Semitism and will listen to Jewish students. At the next NUS executive meeting there will be a motion proposed to restore a reserved Jewish position on the Anti-Racism Anti-Fascism committee. Next year, stronger attempts will be made to pass a One Member One Vote system, with the aim of making NUS more representative and less factional. NUS is improving and tackling its problems. We, as Cambridge students, as people who care about the issues at hand, need to be in the room and make sure that happens.

Jewish students have argued that it is not their responsibility to fight anti-Semitism, and they are right. It is our responsibility as allies to do more, and the calls for action are being heard. But to be effective at tackling anti-Semitism we need to have influence and a voice. At the end of this month, CUSU President Priscilla Mensah intends to talk to the NUS Black Students Campaign and to push them to make clear their plans to improve. To vote not to be represented at NUS would be to cheat ourselves of the ability to help make it into the progressive and anti-racist national union we all deserve and benefit from.

Three years of disaffiliation is a long time in politics, and Higher Education is changing fast. The Government has just confirmed its plans to introduce a tiered system of undergraduate tuition fees, based on universities’ ‘standards’ of teaching. The University of Cambridge will almost definitely qualify for the top tier, which would mean that by the time we look at our membership of NUS again, Cambridge home/EU undergraduates could be paying higher tuition fees and will be on the brink of paying more than most other universities in the country. Prospective applicants will be facing a choice between less debt and high aspirations.

This is something that we cannot be quiet about – the direct implications for access to Cambridge mean we must have a voice now, and we can have that voice as part of NUS. Worrying as they are, these proposals are a concession compared to what the Government had planned before. A concession which is the result of pressure from NUS among others. 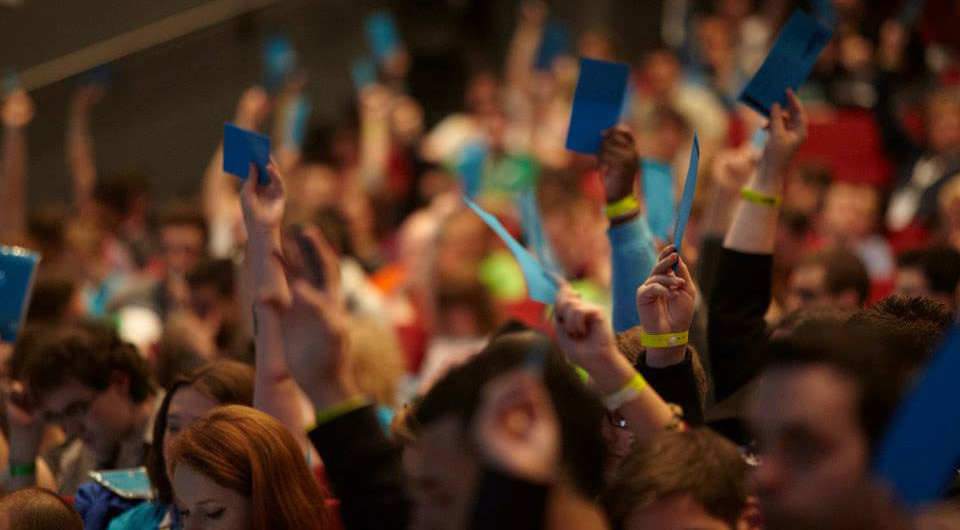 To vote to deprive Cambridge students’ representatives of the chance to push for change at NUS would be to cheat ourselves of the ability to help make it into the progressive and anti-racist national union we all deserve.

NUS has been on the front line of campaigning against the Prevent strategy, a strategy which has led to universities racially profiling their students and restricting their free speech. It successfully fought a government plan to exempt universities from freedom of information requests; that would have been bad for transparency and bad for student journalism. When the government sought to extend its control over individual student unions, the NUS fought them, and won. Fragmented and disparate students’ unions have no chance of standing up to the Government. Every time a university disaffiliates it harms the ability of NUS to campaign with us and for us.

Disaffiliation will not strengthen solidarity between the liberation campaigns; it will simply remove the vital support that many of these groups receive. As powerful as we are as a university and as students, we are unable to support all of the student body’s minority groups single-handedly. Denying these groups the resources that they need is not a solution to the problems of NUS. Removing ourselves from the conversation will not cure anti-Semitism. Deciding to stay will help: as part of a wider community we can do more, rather than less. We can continue to fight for deepened support for all minorities, better welfare systems and fair access. We can continue to fight against the Government’s Prevent strategy.

The fight against anti-Semitism has not been fought well enough. We can and will fight it better. But the ability to actually help, to be allies, and to bring about genuine, substantial change depends completely on having a seat at the table and a voice to use. The statement made by leaving would be short-lived and leave us on the outside, unable to do anything more. We cannot abandon the battles that we are already fighting alongside NUS, nor can we pass up on improving them.

We are not stronger, and we are certainly not more united, if we are alone. For this reason, we must vote No in the referendum.