We need to tell the Uni to invest in a sustainable future, not an oily dystopia.

These are grim times. I’m writing this in a college library that was full when I arrived at ten o’clock in the morning. On a Sunday.

Cambridge is shutting down for a term of sweat, blood and plentiful tears. The time has come. It’s exam season. Just as it actually gets sunny, we’re locking ourselves away in dark, depressing and probably dusty, libraries.

It’s pretty stressful. Okay, it’s extremely stressful. No exercise, sitting in the library all day, yet achieving so little. Luckily, there’s a way out, and it’s an incredibly moral alternative to revision.

This Saturday at 12 noon, join us from Parker’s Piece to Senate House and stretch your legs as you march with hundreds of students in Cambridge, to urge the University to divest from fossil fuels. Feel some community, shout out the stress and tension with some chanting and Do a Good Thing.

We’re marching for a just and sustainable future and Cambridge can contribute a lot to that. We want the University to withdraw its investments from destructive fossil fuel companies as a part of major symbolic statement. 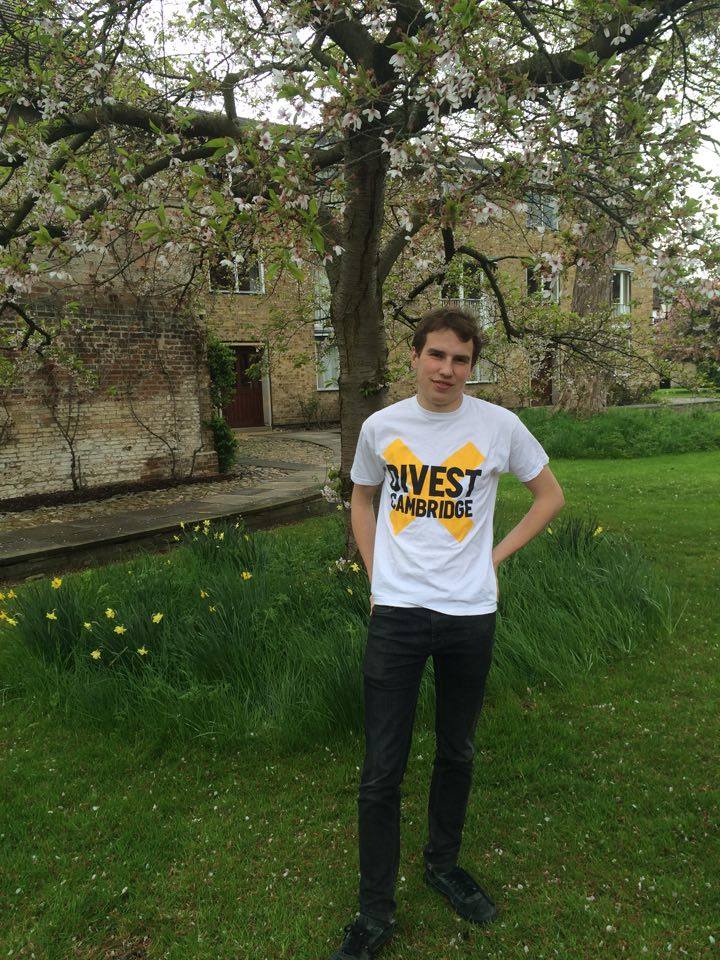 The maths is simple. World leaders have agreed it’s imperative to keep the rise in global temperatures below 2°C. But fossil fuel companies already have reserves which, if burned, would take us past 5°C, and they want more. Globally, these companies are subsidised 40 times more than renewable energy systems are. We need a major shift in how we do energy, but governments just aren’t doing it. It’s up to the rest of us to force their hand.

If we fail to do so, we’re in for mass drought, water wars, migration on an unprecedented scale and flooding and storms galore. To quote Master of Magdalene and former Archbishop of Canterbury Rowan Williams (he’s kind of a big deal) this is “a life-and-death question for many communities around the world, especially for some of the most economically vulnerable.” Climate change is a social justice issue, disproportionately hitting the global poor. But it’s an issue we here at Cambridge can, and should, do something about. 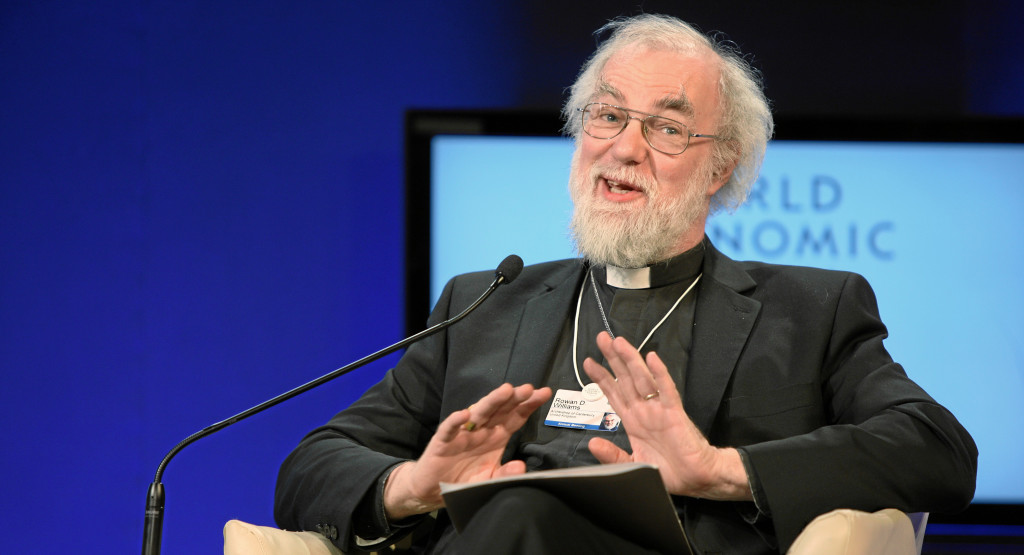 Rowan is delighted with our report.

Last week, Zero Carbon released our 74-page report for divestment, available here. Now I know none of us really have the time – let alone the attention span – to plough through all that. But the point is our arguments are strong, and deserve a hearing. As Rowan put it, “this is a case that demands attention from all of us in the University and the Colleges.” 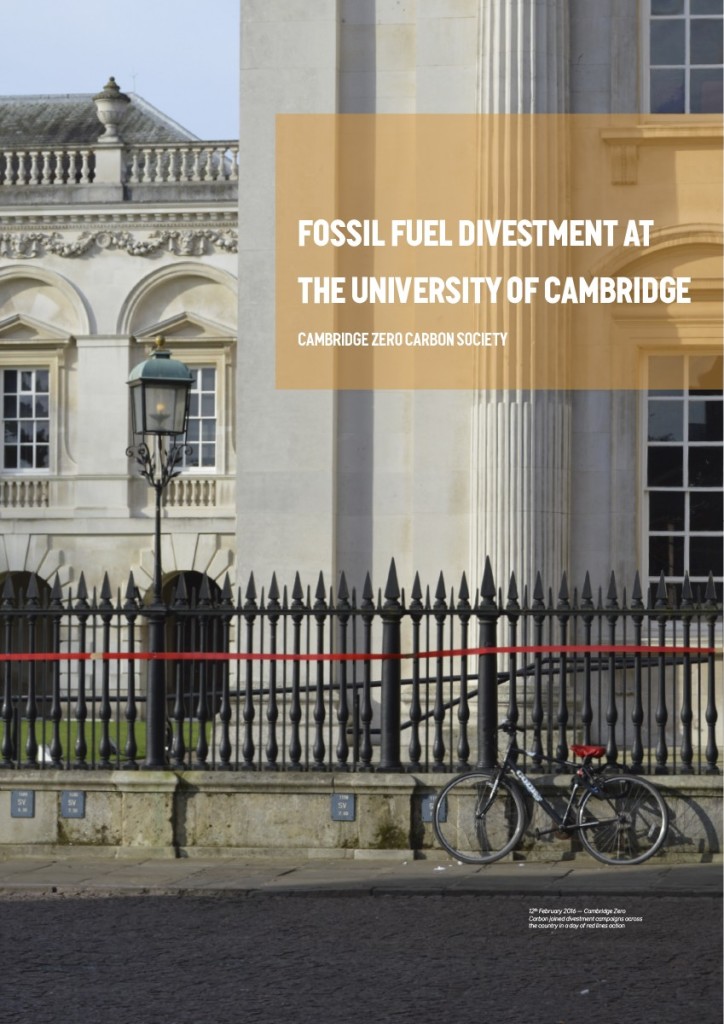 In June the University Council will make a decision on divestment. While we’re hitting the May Balls, or enjoying Grantchester in post-exam euphoria, they’ll be making a decision that affects millions of people all over the world.

We need to make sure it’s the right one. We need to show the University that students care about this issue, that it’s our  future they’re dealing with here and that we won’t accept it being burnt to smithereens. We need to shout loud and shout clear. Invest in a sustainable future, not an oily dystopia.

To talk about students changing the world is a cliché, and with the current student climate – low turnout in elections, an increasingly consumer-focused higher education sphere and a National Union of Students embroiled in allegations of anti-Semitism – it might seem absurd.

But we can make a difference here. If Cambridge divests it will be a message heard across the globe. We’ll have played a huge role in the transition to a sustainable future.

Join us on Saturday, take a break from the stress, and be a part of that future.