REVIEW: The Taming of the Shrew

Molly O’Connor came to this show with high expectations and they were certainly met.

Everyone knows that roles on the CAST tour are highly sought after, I mean, who wouldn’t want to tour America and perform Shakespeare for a summer?

So I came into this production of Shakespeares’ ‘The Taming of the Shrew’ with high expectations for the calibre of the performance and I am delighted to say they were met. 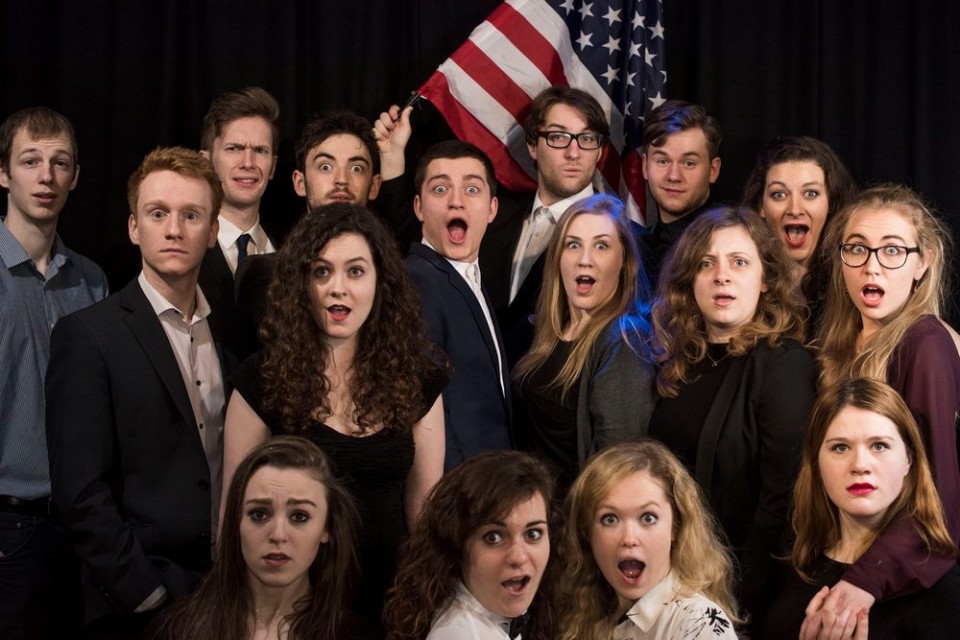 The acting was consistently strong across the board and it was clear that the cast had bonded together during their time in America as their chemistry and camaraderie was palpable. As is the case with most Shakespeare comedies, the script called for quite a lot of highly exaggerated acting and physical comedy. While some cast members at times seemed slightly ill at ease with these aspects of the script and came across slightly awkward , there were a number of standout performances that made this show a joy to watch and had the audience roaring with laughter. 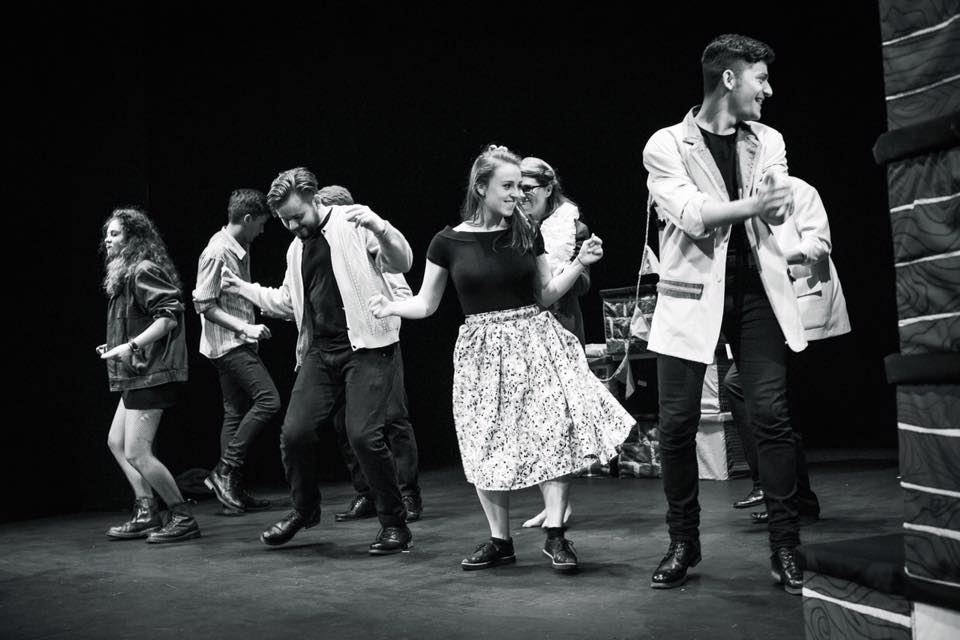 The cast of CAST

Toby Marlow as Petruchio was excellent, every inch the alpha male as he strutted about energetically, completing dominating the entire stage. The audience never doubted for a moment that the shrew was getting tamed, whether she liked it or not. Aoife Kennan as Tranio was also commendable, her body language and vocal inflections really brought life to the role, as did her superb comic timing. 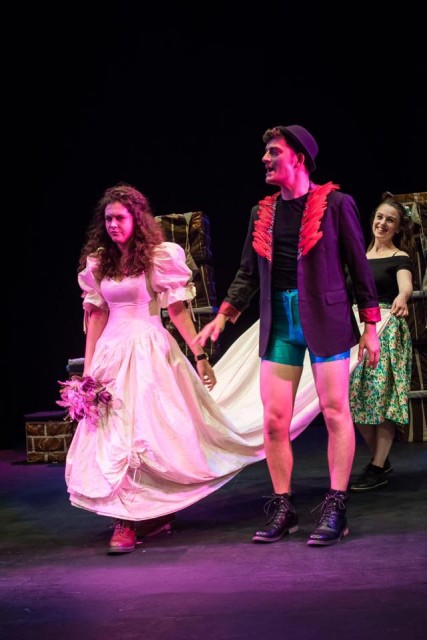 Kate Reid as Katherina and Toby Marlow as Petruchio

But the real scene-stealer of the night was Robbie Taylor-Hunt, playing a variety of characters with aplomb. The audience was in stitches every time he spoke and it is no coincidence that he got the biggest cheer at the end of the night. 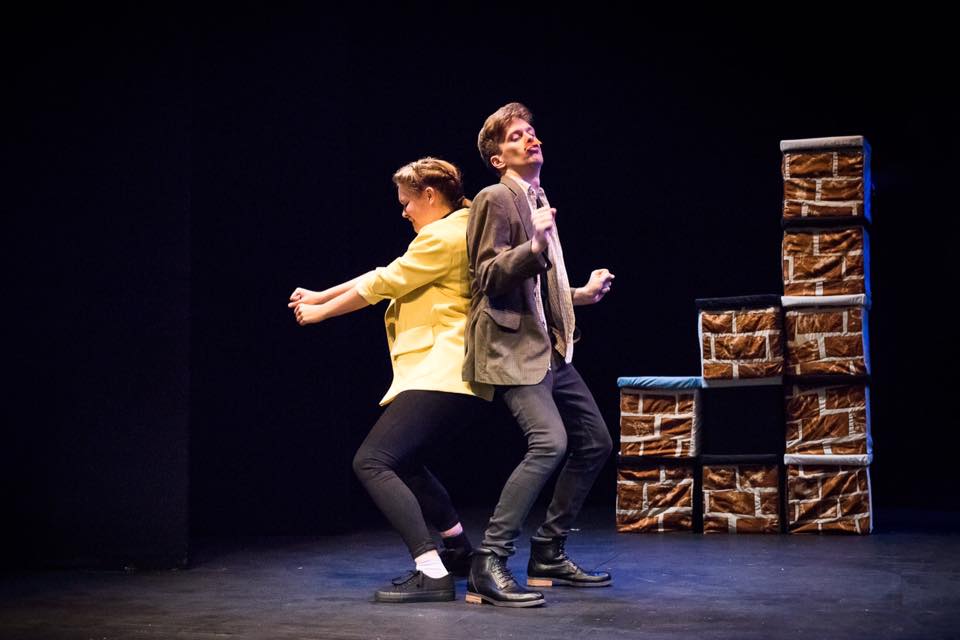 Aoife Kennan as Tranio and Robbie Taylor-Hunt as Merchant

Tech in this show was first-class, it’s clear that the team have had plenty of practice on the tour. Lighting and sound was flawless and the choice of 80s pop music for the soundtrack was highly appreciated. Scene changes were seamless and the highly versatile set was very well-thought out by the shows’ set designer. 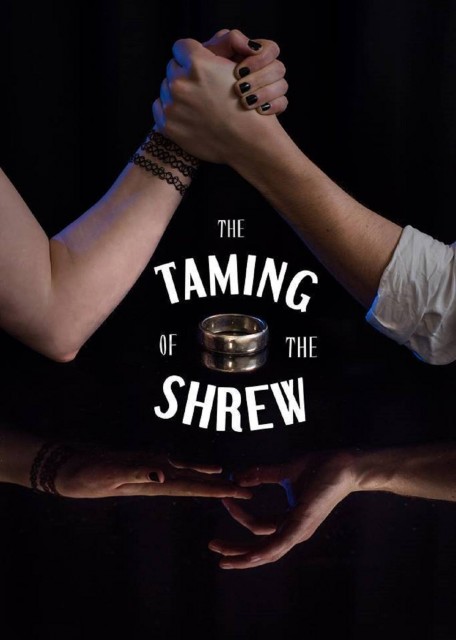 All in all, this was an entertaining and accessible night of Shakespeare that can be enjoyed whether you’re a lifelong fan of the Bard or you’re just going along with all the other kids in freshers week because you’re desperate for love and friendship.

If you’re looking for a break from the madness of freshers that still leaves you laughing, this is the show to go to.