One Million Tiny Plays About Britain

This charming and witty production provides some light-hearted fun for LEYLA LESNIAREK-HAMID. 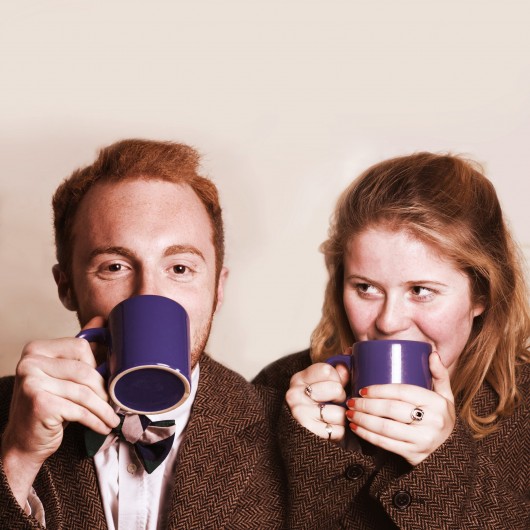 This production was a triumph. From the onset it was clear that the audience were in for a bit of light-hearted fun – even before either of the actors were on stage, somehow we were chuckling at two lamps on stage spontaneously alighting in time to some blasting patriotic music. This set the tone to follow as we were carried bouncing along by this energetic show.

Having originally appeared in a Guardian newspaper column, Craig Taylor’s One Million Tiny Plays About Britain is a plethora of various charming sketches which pick out – often with deliciously dry humour – the idiosyncrasies of our society. From a teenage boy trying to persuade a teenage girl that sex in a muddy tent is necessary to ‘festival spirit’, to a healthy bit of NHS bashing, the sketches inject some liveliness into the end of Week 5.

The overriding success of the show resides in the fact that over fifty characters are played by only two actors. And these two actors are simply brilliant. Henry Jenkinson and Emma Powell have no trouble whatsoever in flitting between aged grannies and velour tracksuit clad chavs, not to mention their ability to move seamlessly into credible Welsh, Scottish and Irish accents.

The two are on stage for the entire production, along with a hefty clothes rail for multiple costume changes. The short gaps between the sketches were filled either with classic British (pop) music, or – and this was one of the highlights for me – highly entertaining singing duos from Jenkinson and Powell themselves. It wasn’t that the singing was bad (on the contrary; it was pretty good) but the incongruity with which they might move from a sketch involving two rubbish pickers to a lulling rendition of Good King Wenceslas was inspired and hilarious. A very nice touch.

The opening sketch involving the delight of two English cloakroom workers at finding luxury mints in a coat pocket was definitely one of my favourites. Whilst we sat laughing to a pair sucking mints and staring listlessly into the crowd, the actors’ skill was immediately showcased. Jenkinson also played various (and there were several) ‘camp’ characters admirably, whilst Powell’s performance of an animated discussion about how much of a thong should be on show was convincing and effortless.

I have so far mentioned the sketches that were particularly funny, however the flier promised sketches that were not just humorous, but also some that were ‘heartbreakingly moving.’ I wouldn’t really say this is the case and, instead of being touching, some of the slightly more serious sketches fell a bit flat and seemed almost misplaced among the surrounding frenzy.

Nevertheless, One Million Tiny Plays About Britain is a charming, witty and endearing production, bringing out a humour that is virtually common to us all. It has my thorough recommendation.